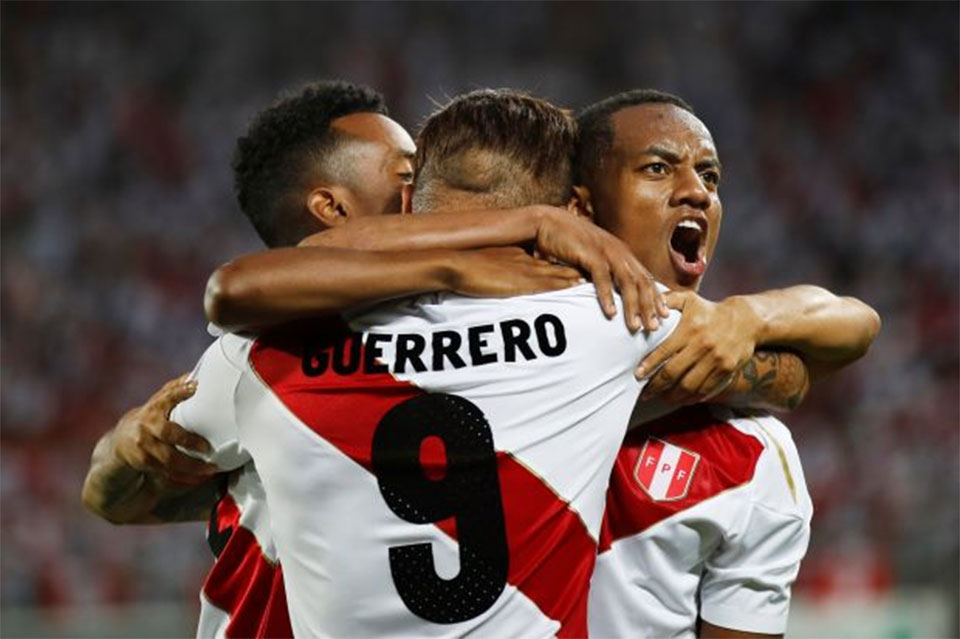 ST GALLEN, June 4: Peru captain Paolo Guerrero celebrated his reprieve from a doping ban in style on Sunday, scoring twice in a 3-0 friendly win over Saudi Arabia three days after being given the all-clear to play at his first World Cup.

The 34-year-old netted Peru’s second and third goals as they outclassed their fellow World Cup qualifiers in the Swiss town of St Gallen after Andre Carrillo had opened the scoring with a stunning volley.

The game was played in a raucous atmosphere in front of a capacity 18,000 crowd, nearly all Peruvians who had travelled from neighbouring countries for a glimpse of their team which has qualified for the World Cup for the first time in 36 years.

“I am very happy to come back with two goals but we have to keep our focus, nobody can take away our concentration,” Guerrero told reporters. “We played a very good game today and we have to keep this unity.”

Peru, who face Denmark, France and Australia in their first-round group, dominated the game as they extended their unbeaten run to 14 games.

They quickly took control and Carrillo fired them in front in the 20th minute, controlling the ball on his chest and scoring with a half-volley after a clearance was headed straight to him.

Then came the moment the crowd had been waiting for as Guerrero, Peru’s all-time leading scorer, snapped up a rebound in the 41st minute to add the second.

He capped the performance with an emphatic downward header in the 64th minute after Carrillo tricked his way down the left before providing a pinpoint cross.

It was Guerrero’s first appearance for Peru since the World Cup qualifier in Argentina last October when he tested positive for a cocaine byproduct — contained in a tea he drank and which he says he ingested unknowingly.

Guerrero was initially banned for 12 months by FIFA, reduced to six on appeal.

That ended in early May but his dream of playing in his first World Cup appeared to have been wrecked days later when it was increased to 14 months by the Court of Arbitration for Sport (CAS).

But on Thursday, the Swiss Federal Tribunal agreed to temporarily lift the ban pending an appeal and cleared him to play in Russia.

“It was very emotional, for him, for his team mates, for all the supporters, and for his family and I am very happy,” Peru coach Ricardo Gareca said.