Govt working to lead the nation toward the right track: PM Oli 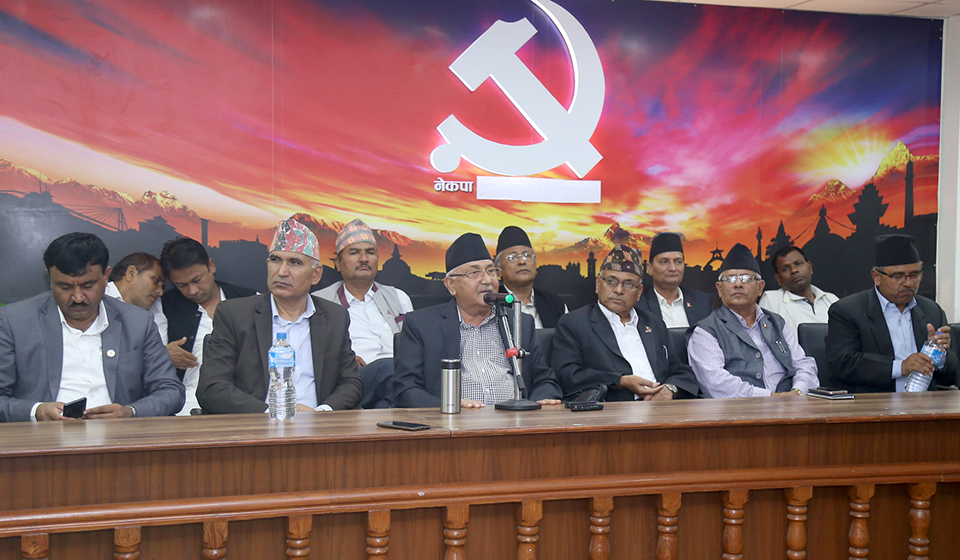 KATHMANDU, July 17: Prime Minister KP Sharma Oli has said that the government was working to lead the nation on the way toward prosperity.

In an interaction with Communist Party of Nepal (CPN) leaders and cadres at the party's central office in Dhumbrabarahi today, Prime Minister Oli, also chair of the party, shared that the government was committed to following the rule of law, and is carrying out its activities following the constitution, laws and regulations. Hence, it will not bow down to undue pressure of any force or individual.

He further committed to maintaining good governance and accomplishing the goal of prosperity. He also said that some forces were spreading rumor against the government after being terrified by the good deeds of the government. PM Oli also urged the people to be tolerant as prosperity could not be achieved overnight.

On another note, the Prime Minister shared that the government was exercising to bring the state business into the track as previous Nepali Congress-led government had ruined the system.

On the occasion, different organizations and victim groups submitted their demand papers to PM Oli. RSS

Govt under pressure to transfer funds from development projects to non-budgetary headings: Finance Ministry
20 hours ago

Oli, Nembang and Kharel might have a different version of constitution: Senior advocate Thapa
11 hours ago