Govt won’t tolerate use of Nepal as guinea pig over rights: PM 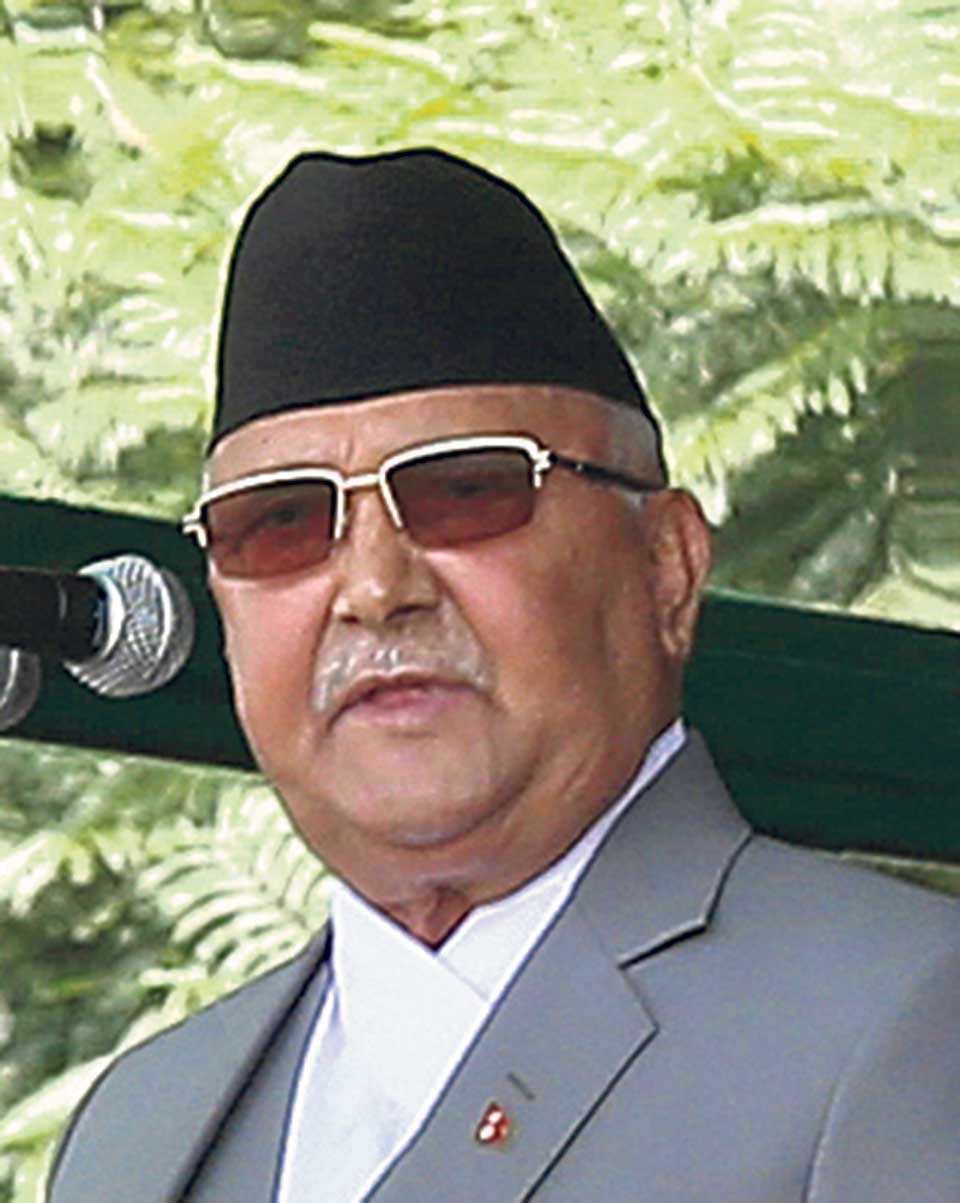 KATHMANDU, Sept 20: Prime Minister KP Oli has said that the government will not tolerate any activities intended at experimenting with the country in the name of rights movements.

Addressing a national function at Tundikhel to commemorate the third anniversary of the promulgation of the new constitution, Oli said as the political movements for democracy have already reached a positive conclusion, the government will adopt a zero-tolerance policy against those using the country as a guinea pig.

“It is unacceptable for the country to be turned into a playground for ill intentions and used as a guinea pig in the name of rights. The experiment phase has ended,” said Oli.

Stating that constitution and federalism can be revised if any lapses are found during implementation, Oli said that federalism cannot, however, be scrapped under any pretext.

He was of the view that there will be no ifs and buts about the implementation of federalism, adding that any arguments about federalism, now that it is a reality, have become irrelevant.

“We have had our own kinds of sequences behind this charter,” he added. “Thus, this constitution is richer than past constitutions.”

Oli was of the view that the government cannot come up with substantive results within six months of its formation, starting from a fragile and backward situation. “I have heard that we talked too much, but didn’t act; we have now entered a phase of action from a talking phase. We have entered a realization phase from a phase of dreaming,” he said.

Meanwhile, the government has commemorated the third anniversary of the promulgation of the new constitution as national day from this year.

Parliament’s Legislative Committee convened a three-day democracy fair at Basantapur Durbar Square to mark the third anniversary of the constitution. The original copy of the constitution will be displayed for the three days at the heritage site, said lawmaker Sher Bahadur Kunwar, the coordinator of the function. Youth wing leaders of Nepal Communist Party (NCP) hoisted the national flag at Maitighar Mandala on a 100-foot pole on the occasion.

Govt ready to amend constitution on the basis of justification: PM Oli

KATHMANDU, Sept 18: Prime Minister KP Sharma Oli has said that the government is ready to amend the constitution, if... Read More...

“It is up to us to build the country,” PM Oli