KATHMANDU, July 7: The treatment cost of former Prime Minister (PM) Jhalanath Khanal is to be borne by the government. It has been learnt that a cabinet meeting held on June 21 took a decision to this effect. 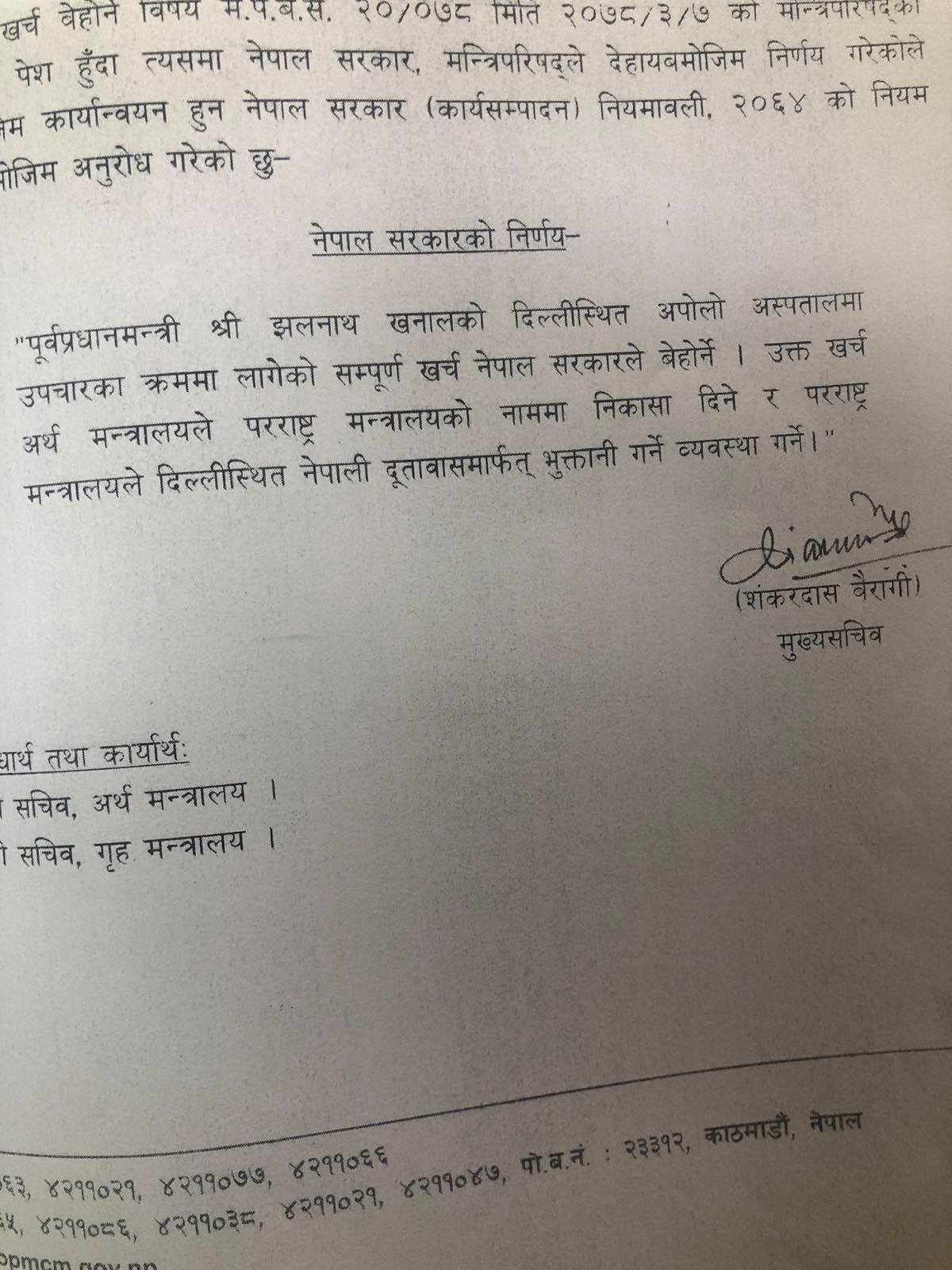 Advocate Kedar Karki has maintained that the cabinet’s decision to bear Khanal’s medical expenses is unauthorized and against the law.

When Republica tried to get the opinion of the OPMCM regarding the decision, spokesperson Kiranraj Sharma refused to come into contact.

Meanwhile, it has been learnt that the CPN-UML has been fooling the general public, maintaining that the party will bear the expenses.

RAMPUR, August 23: Senior leader of the CPN (Unified Socialist), Jhalanath Khanal, has announced that his party and the CPN... Read More...