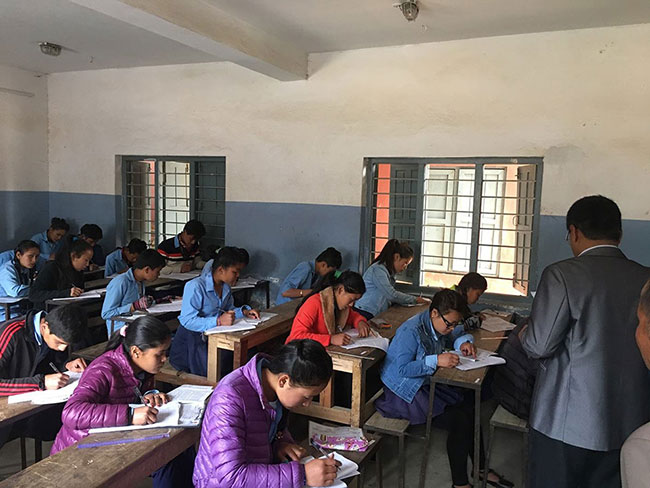 KATHMANDU, March 19: Faced with the risks of a possible COVID-19 outbreak, the government on Wednesday decided to postpone the Secondary Education Examination (SEE) – scheduled to be conducted from Thursday – until further notice.

“The government has decided to postpone the SEE examination until further notice,” confirmed Ram Raj Khakurel, the controller of examinations.

Following recommendations by stakeholders, a meeting of a high-level coordination committee chaired by Deputy Prime Minister and Minister for Defense Ishwar Pokharel took the decision in coordination with various government authorities.

“The SEE examinations are postponed. The committee took the decision as there is risk of a possible COVID-19 outbreak,” Lokendra KC, press advisor to Minister Pokharel, told Republica. Meanwhile, the government has already decided to close academic institutions until April 12.

With the decision to postpone the SEE, a total of 482,219 students across the country will not now be sitting for the crucial exams. The government had already set up a total of 1,995 examination centers for the annual SEE.

On Tuesday, the government had clarified that the SEE would be held as per the original schedule published by the Ministry of Education.

It had said that health desks would be set up at the examination centers to check the body temperature and health condition of students appearing for the exams.

Issuing a public appeal Tuesday, Minister for Education, Science and Technology Giriraj Mani Pokharel had said that all necessary preparations were already complete and the examinations would go ahead as scheduled.

The ministry had also asked students appearing for the exams to wash their hands with soap, use face masks and avoid handshakes, gatherings and crowded places. Likewise, the ministry had appealed to the public not to form crowds outside the examination centers.

SEE exams to be held as scheduled from  Thursday

KATHMANDU, March 18: The government has clarified that the Secondary Education Examination (SEE) will be held as per the original... Read More...

There is no point in postponing SEE examination

President did not follow rules and procedures: General Secy Gurung
14 hours ago

Two killed in mini truck accident in Dhading
15 hours ago