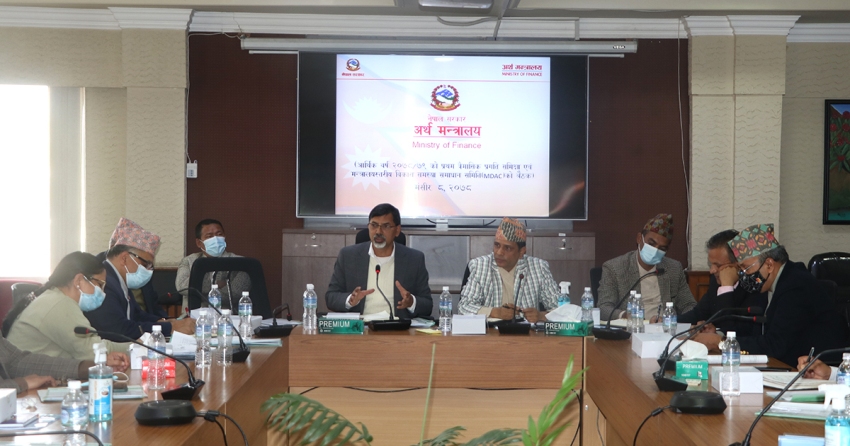 Speaking at a meeting of the Ministry Level Development Problem Solving Committee organized by the Ministry of Finance (MoF) on Wednesday, Sharma said the ballooning imports has led to the adverse impact on trade balance and the foreign currency reserves. “If the import is not checked, the government is compelled to enforce stern measures to reduce forcibly the expenses on imports,” he said.

Minister Sharma also expressed his dissatisfaction on the slow capital expenditures by the government bodies. According to him, the government is considering next one month as a trial period to increase the capital expenditure through the existing mechanism. “If the existing mechanism does not work properly, we will be implementing alternative measures to increase utilization of the development budget,” Sharma said.

Madhu Kumar Marasini, secretary of MoF, stressed on the need to strictly maintain gold imports under a watch list. “Gold import is being used as a means of hundi system that helps to drain out the foreign currencies earned by the migrant workers,” said Marasini adding that the measure could also help ease the problem of liquidity crunch appeared in the banking business.

KATHMANDU, Jan 15: The pressure on Nepal’s external sector, which had been persisting for almost one year, has now eased... Read More...

Nepal had a net gain of foreign currencies worth Rs 7.60 billion during mid-October and mid-November