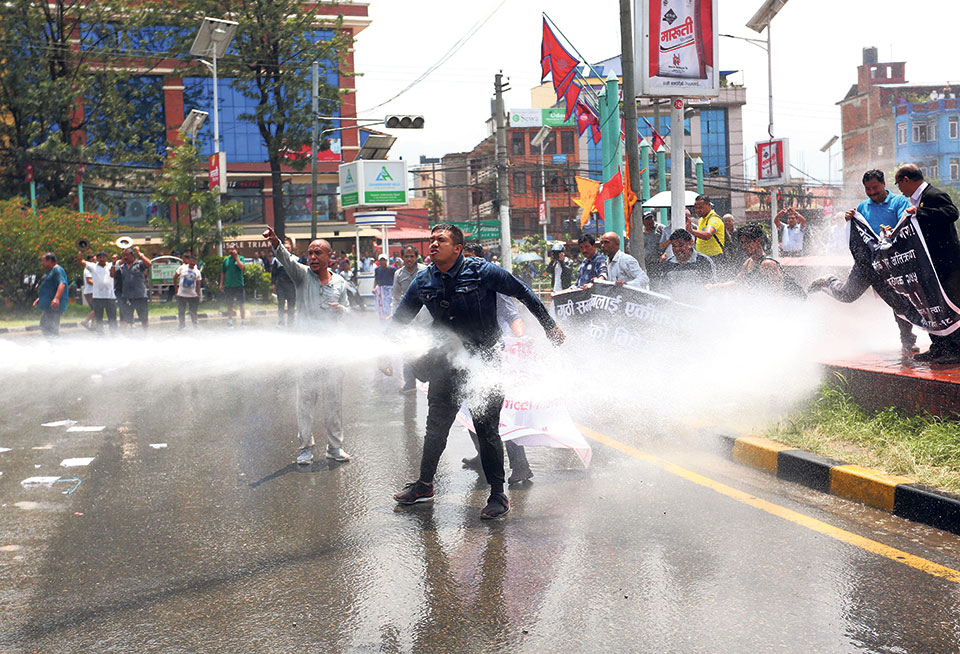 KATHMANDU, June 18: Under growing pressure and after hearing from representatives of the local, provincial and federal levels in Kathmandu Valley on Monday, Prime Minister KP Oli has hinted at withdrawing the much-contested Guthi Bill from parliament.

Following escalating protests in the street and in parliament against the bill, Prime Minister Oli summoned the ward committee chairpersons, mayors and deputy mayors, provincial assembly members and members of the federal parliament representing the ruling Nepal Communist Party (NCP). Leaders of the ruling party were also summoned to the meeting held at the prime minister’s official residence at Baluwatar.

Elected NCP representatives in the Valley stood for withdrawal of the bill from parliament except for Kathmandu Metropolitan City Mayor Bidya Sundar Shakya and lawmaker from Bhaktapur Mahesh Basnet, said multiple participants. Shakya and Basnet suggested revising the bill instead of its withdrawal.

“The prime minister told the representatives and party leaders that the NCP is at the forefront in protecting the culture and traditions of Kathmandu Valley. He was very positive toward concerns over the bill,” said NCP Deputy Parliamentary Party leader Subas Nembang.

Agitations have flared in the Valley over the Guthi Bill which proposes allowing a government-constituted authority to operate the Guthis (or social and religious trusts) and transfer Guthi land to people who have been using it for long. Stakeholders have accused the government of trying to assault the religious, cultural and traditional way of life of various communities through this contentious bill.

“Most elected representatives stood for withdrawal of the bill during the meeting [at Baluwatar]. The prime minister has assured us of an appropriate decision from the cabinet immediately,” said NCP lawmaker at the House of Representatives Rambir Manandhar. “We have come from the meeting with the hope of seeing the bill withdrawn.”

Briefing the meeting about the mass protests in the Valley against the bill, representatives for the local, provincial and federal tiers suggested to the prime minister to take an appropriate decision prior to mass protests planned for Wednesday. Participants of the meeting said a cabinet meeting is likely to decide on withdrawal of the bill by Tuesday.

“The prime minister has assured us of an appropriate decision with a view to protecting the-age old festivals and guthies as well as addressing any genuine concerns of Guthi land tenants,” said Provincial Assembly member from Kathmandu Rameshwar Phuyal.

KATHMANDU, June 19: In a tug-o-war between the main opposition Nepali Congress (NC) and the government over credit for withdrawal... Read More...