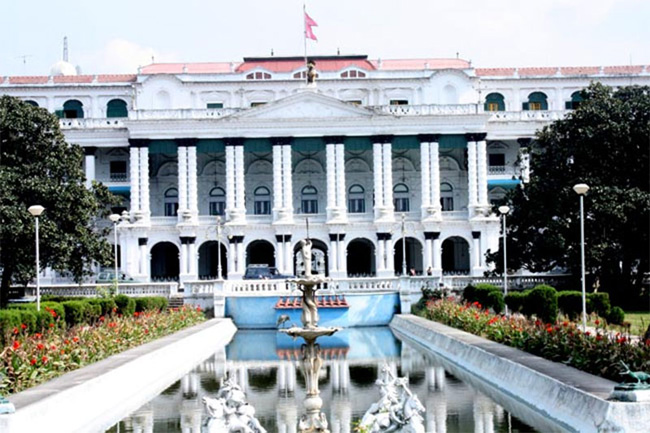 ACHHAM, June 28: On August 2, 2011, Min Bahadur Rawal of Sanfebagar Municipality-9 in Achham called home from India to tell his family members that he was coming home. But he never returned.

"He told us years ago that he is leaving for home but he hasn't arrived here yet," said his wife Basundhara Rawal, adding, "We are tired of waiting for him now."

Min Bahadur spent 20 years of his life working in India. In 2011, he was returning home after four years.

"Not just goons but even the police officials in India are always making efforts to mug Nepali citizens working there," said Prem Budha of Nandegada, adding, "If they don't agree to pay the demanded money, they are brutally beaten up, looted, made disappeared or even killed."

Few years ago, Prem had gone to India for treatment. After his treatment in Pune, he came to Lucknow's railway station and then took a rickshaw to the bus station en route to Nepal. It was already dark and all of a sudden two unidentified persons forcefully stopped the rickshaw and sat next to him. They took him to a nearby jungle and started attacking him.

"I managed to jump off the rickshaw," said Prem, adding, "The next day, I found myself in a hospital bed." Later he was brought back to Nepal by one of his relatives in Lucknow. He suspects that he was attacked for his kidney as such incidents are very much common in India.

At least one member of a family going to India in search of jobs has been a tradition in western Nepal. There isn't any legal or other barrier for them to go to India, thanks to the open border. But not many living here are aware about the pain and torture such people have to go through in India.

"Neither there is any insurance system for the workers, nor their families receive any kind of compensation after death," said Lal Bahadur Rawat, Secretary of NRN, Achham.

India has been a major work destination for almost 70 % of the youths in western Nepal.

There are hundreds of Nepali citizens, who move to India for work but never return back. Though there is no exact detail of how many Achhamese youths have lost their lives or went missing in India, reportedly 61 youths of Sanfebagar alone have gone missing in India since 1994. This detail has been collected by NRN, Achham by visiting the homes of those youths.

According to Mittha Bhat, chairperson of NRN, Achham, if the details of the missing youths are collected from whole district, the result can be quite disturbing. He laments that the government has paid no attention for the search of missing citizens despite repeated requests.

KATHMANDU, June 2: Pakistan has asked Indian government about the status of its former military official who went missing in... Read More...

4 Nepalis among 6 killed in jeep accident in India

BAITADI, Jan 3: Four Nepalis were among the six persons killed in a jeep accident at Lohaghat in Champawat district of... Read More...