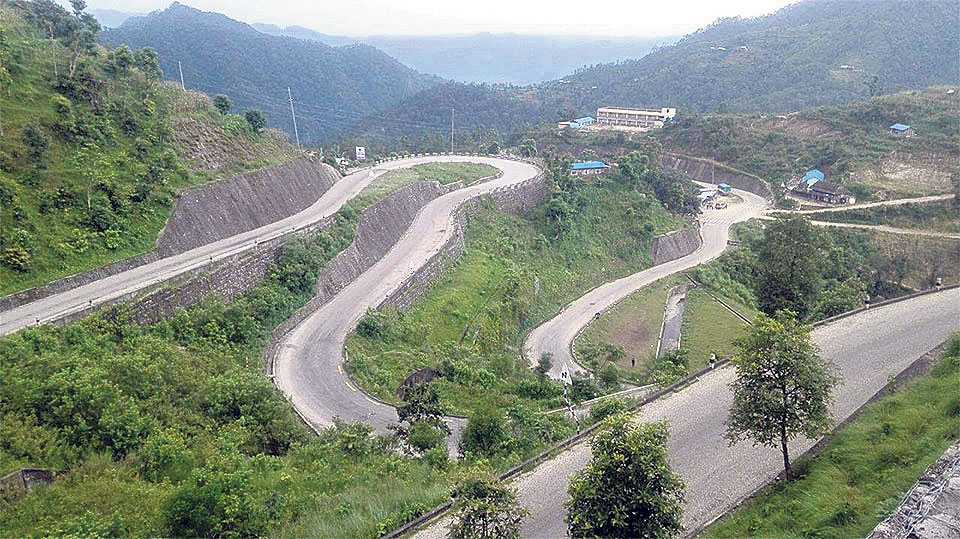 KATHMANDU, May 31: Despite the high risk of road accidents along the BP Highway, the Department of Transportation Management has decided to allow vehicles of up to 32-seats and cargo trucks weighing up to 16 tons to use the highway.

But on Monday, in a surprise move, the department overturned its earlier decision and decided to allow public vehicles with up to 32 seats and cargo trucks weighing up to 16 tons on the single-lane highway.

A secretary-level meeting of the ministry in September, 2015 had decided not to allow public vehicles other than 18-seater buses on the highway.

Spokesperson of the Ministry of Physical Infrastructure and Transportation Rajendra Raj Sharma said that the department made the new decision as per the instruction of the ministry.

“We found that the department had imposed ban on heavy vehicles with over 18 seats or weighing over 10 tons based on a faulty assessment. We again reviewed all the technical details of the highway and figured out that vehicles weighing up to 16 tons can easily ply the highway as they pose no risk to road safety and asked the department to lift the ban,” he said.

However, sources privy to the development said that the ministry asked the department to lift the ban on heavy vehicles under pressure from Minister for Physical Infrastructure and Transport Raghubir Mahaseth.

The official said that the authority has no option than to implement the government decision despite the fact that the new decision may cause road accidents, especially during the night.

Similarly, acting chief of the road project Rakesh Maharjan said that the road has been constructed to withstand just up to 10.2 tons and that heavy vehicles will only damage the highway and may also lead to more road accidents.

Damage caused by heavy vehicles in Buchakot-Narke and Dhulikhel-Patlekhet sections has been recently repaired, he informed.

“But with the minister’s new decision, it will be very difficult to protect the Dhulikhel-Mulkot section, which is prone to damage,” added Maharjan.

Likewise, Shyam Sundar Khadka, assistant professor of Civil and Geometric Engineering Department at the Kathmandu University also expressed his dismay over the new decision. He urged the government to immediately withdraw the decision.

Minister for Physical Infrastructure and Transport Ramesh Lekhak said that the government will not allow heavy vehicles to ply the... Read More...

Dead body found at ward office in Golfutar
12 hours ago