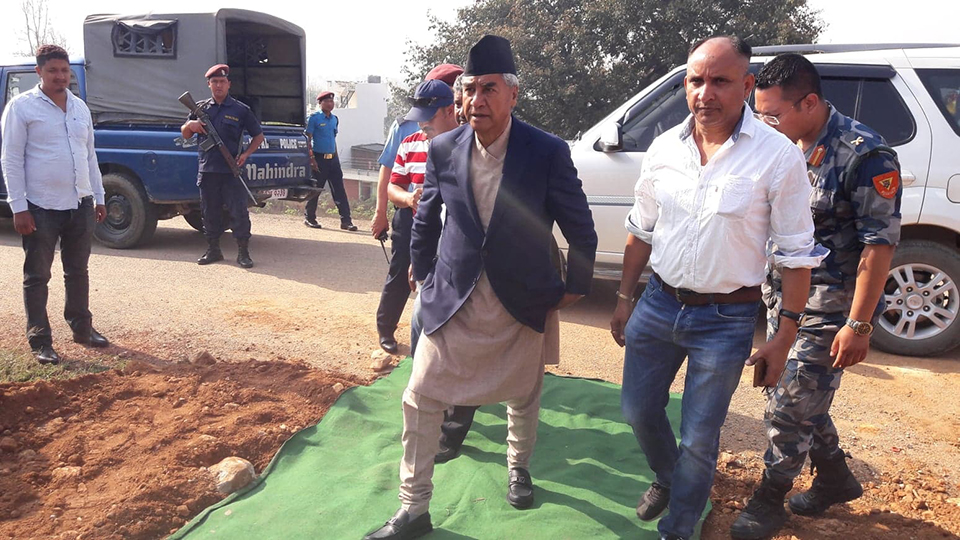 According to him, the government should make an effort to solve crisis caused by the CPN by consulting with them instead of crushing them. Responding to Prime Minister KP Sharma Oli's statement of NC shielding the CPN, Deuba said, "We just tried to solve the matter through discussion."

Speaking at a press conference organized by Nepal Press Union, Dang on Wednesday, NC President Deuba suggested to the government to initiate dialogue with the agitating party to avoid violence. He claimed that the government could not do anything worthy for the public in one year since taking the helm of the government.

"The government neither could arrest the culprits of Nirmala Panta nor could it do anything good for the people," said Deuba.

He says PM Oli has been taking decisions single-handedly without seeking the consent from his others.

"I was kept in the dark even when the government signed the agreement with CK Raut," he said. Former Prime Minister Deuba did not forget to warn the government that the NC is minutely watching its steps.

"We have raised our voice every time the government has taken wrong decisions and will continue doing so in the future as well," he added.

Reacting to a question regarding a complaint filed against him recently by the disciplinary committee of the NC, Deuba said, "This is nothing unusual. The party can file complaint against anybody who breaches NCs code and conduct," said Deuba.

KATHMANDU, March 26: Prime Minister KP Oli has said that the government will detain all the leaders of the Netra Bikram... Read More...

50,000 metric tons of wheat required to address shortage
23 minutes ago