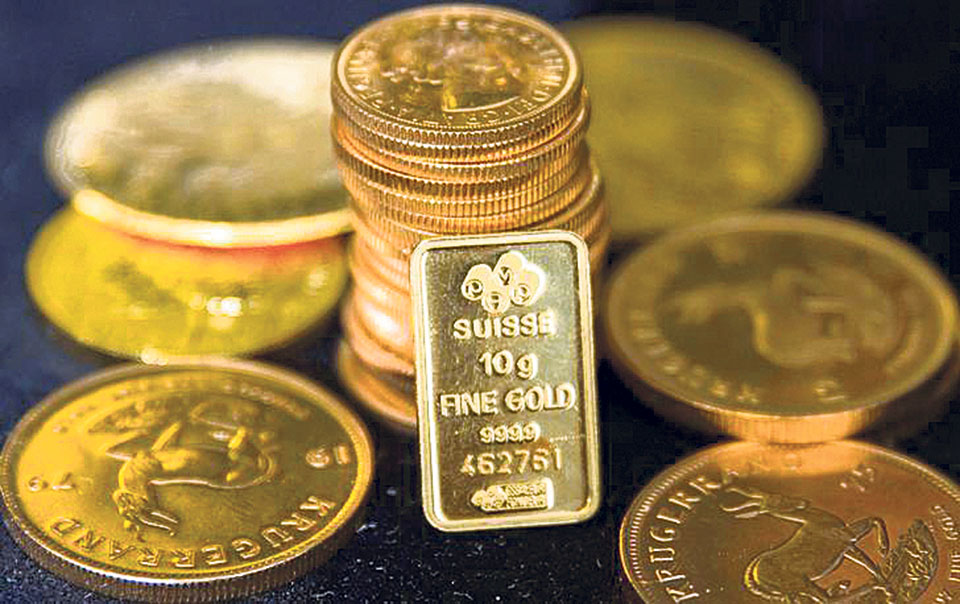 The price of the yellow metal has gone up by a whopping Rs 4,500 per tola in the past 10 days.

According to jewelers, glittering gold has put off buyers. The demand for gold has fallen to one-fourth of the normal daily demand.

Jewelers say the return flow of gold holdings has increased in the domestic market due to the price hike. The continuous rise in the gold price has been attributed to the escalating trade war between the US and China.

Talking to Republica, Ramesh Maharjan, president of the Federation of Nepal Gold Silver Gem and Jewelry Associations, said that the government increased customs duty on gold imports by Rs 800 per 10 grams (Rs 900 per tola) from the new fiscal year 2019/20. “The gold price has been increasing since then,” Maharjan added. According to Nepal Rastra Bank, commercial banks imported gold worth Rs 31.65 billion in the first eleven months of Fiscal Year 2018/19. The banks had imported gold worth Rs 28.79 billion and Rs 24.30 billion, respectively, in the fiscal years 2017/18 and 2016/17.