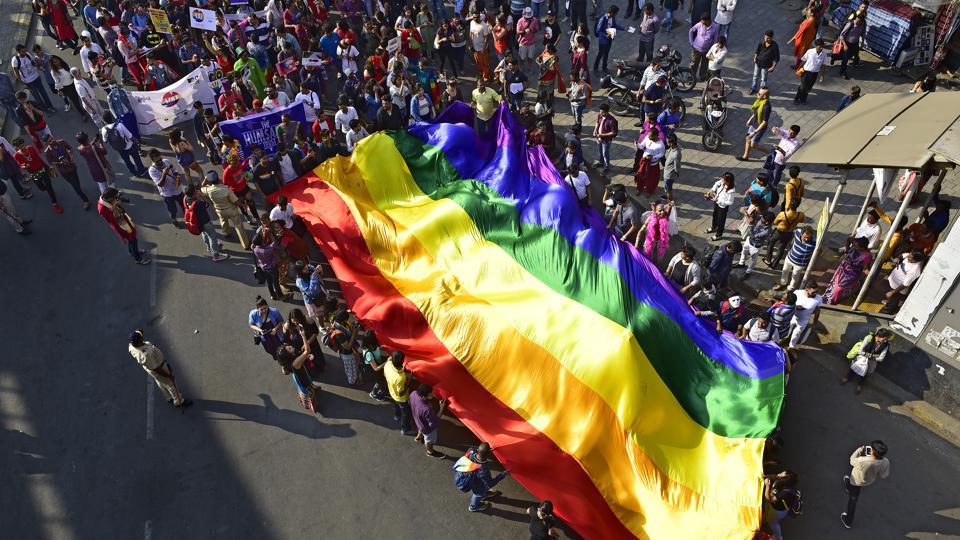 INDIA, July 10: As the winter of 2013 approached, activist Akkai Padmashali could feel the pressure build. The Supreme Court had reserved its verdict on a case on Section 377 of the Indian Penal Code months before and the buzz in Delhi was that the judgment would be pronounced any day.

The petitioners and activists were cautiously optimistic. They were bolstered by a strong 2009 judgment by the Delhi high court, which read down the colonial law that criminalises “unnatural acts against the order of nature” and is disproportionately used against members of the Lesbian, Gay, Bisexual and Transgender (LGBT) community. A raft of progressive legislation from across the world had upheld LGBT rights over the past decade, and just months before, the United States had struck down a provision that outlawed same-sex marriage - India couldn’t swim against the global tide on this crucial rights issue, they reasoned.

They were wrong. On December 13, 2013, a two-judge bench of the top court struck down the 2009 judgment and reinstated Section 377, leaving the question of scrapping the law to Parliament. The SC held the LGBT community was only a “minuscule fraction of the country’s population” and went on to describe their demands as “so-called rights”. As television channels flashed news of the verdict, dazed activists clutched each other outside the Supreme Court, biting back their tears in front of a dozen cameras.

“The judgment was humiliation for us, it disrespected human sexuality, and was plain unconstitutional. It destroyed people’s lives,” said Padmashali.

She explained how police brutality shot up in the aftermath of the verdict, a phenomena that targeted the transgender population who were marked by their visibility, poverty and lack of access to structures of power. “Our families were starting to accept us, and the first positive effects of the HC judgment had beginning to trickle in. The Supreme Court judgment broke our spirit,” she added.

But on Tuesday, a new hope has been kindled. A five-judge bench of the apex court begins hearing a fresh batch of petitions and interventions that challenge Section 377 anew. Padmashali is one of the 35 individual petitioners whose arguments the top court will hear on how the law has personally affected them, and the 32-year-old woman is excited.

“Our hopes have increased. The court is progressive and we hope the judgment will be in favour of the community,” she said.

Section 377 is a common strand in the subcontinent - India, Pakistan, Bangladesh and Sri Lanka, all have the 1861 statute in their law books. In India, activism against Section 377 began in the early 90s when NGOs and health workers, primarily working against HIV/AIDS, alleged that the law was being used to persecute them, and hamper the distribution of condoms. Over the next decade, activists galvanised support and approached the judiciary to strike down a law under which formal arrests are brutal but uncommon - the real life of the law lies in the daily extortion, blackmail and abuse that it enables, and the sense of fear and disenfranchisement that it begets in India’s LGBT citizens.

The impact of this law, therefore, is wide-ranging — from cementing workplace discrimination and enmeshing sexual violence by ensuring LGBT victims can never approach the police, to imprisoning transgender people for merely loitering in parks and enabling extortion.

And, above all, it has a chilling effect on not just for the rights of the community, but also their prospect and potential.

The fresh SC hearings are different from 2013 in one crucial way: While affidavits of petitioners were used in the earlier proceedings, this is the first time that people directly affected by the law have approached the top court. And, these petitioners are diverse - ranging from a 19-year-old IIT student to a 47-year-old gay man who was tortured after being arrested under Section 377 in 2001.

That man, Arif Jafar, founder of Lucknow-based NGO Bharosa Trust, said people feared for their lives after the 2013 verdict, which also pushed Section 377 into wider public visibility, thereby endangering the lives of people.

“This time, I hope the court will realise that the country is run by constitutional morality, not social or religious morality,” he said. For Jafar, who was one of the most visible victims of the law and who moved the SC in April, there was also a proverbial silver lining to the 2013 verdict. “In 2009, only the community celebrated. But in 2013, those who protested were not just from the community, they were rights groups, women’s groups, and everyone who believed in fundamental human rights,” he said.

The hearings also touch a deep personal note for him, who is still fighting the 2001 case. “Some scars are so deep that it takes time to get the courage to speak about it. I want to get out of this vicious circle, and hope that the court is reasonable this time,” he added.

The petitions underline a new confidence in the community that has been buoyed by a batch of progressive judgments, including the 2017 right to privacy verdict that upheld sexual orientation as an essential attribute of privacy.

But the confidence hasn’t erased any of the community’s vulnerabilities, as demonstrated by the response of Suresh Kumar Koushal, a Delhi-based astrologer who filed, and won, the 2013 SC verdict.

For him, Section 377 is tied to what he calls the moral degradation of India, and he argues that the entire country will be affected if the law were to be scrapped.

“Think of the social impact. In the West, availability of police and legal support is high, in India, per capita police-to-citizen ratio is so low that we have to keep these laws,” he said, pointing at the recent rapes of minor girls to underline his theory of moral depravity currently visible in the country.

“The rape of boys will also start, and there is no end. There is also a national security impact on the forces. Think of an officer and a jawan, tied by discipline…if this illness starts there, you know what will happen. This is why (US President Donald) Trump is rethinking about including transgender people in the military,” he added. “The law cannot be removed for some people,” he said, ruling out any change in his opposition to homosexuality.

During the high court proceedings, the home and health ministry took contrary positions, the former arguing for retention of the law, and the latter saying it should be scrapped. In the Supreme Court, the government supported the high court judgment but once the top court asked Parliament to take a stand in 2013, there has been little movement, save for a private member’s bill by Congress MP Shashi Tharoor in 2016, which was defeated.

But unaware of his conviction, a new generation of LGBT people is out on the streets today. They have grown up in a world where queer literature and cinema is increasingly feted, and where pride marches have grown roots even in smaller cities.

Urvi, a 21-year-old transgender woman who battled penury while growing up in Andhra Pradesh’s Anantapur district, is one of them.

A research intern at IIT-Bombay, Urvi, who uses a different name in the petition, said she was brought up by a single mother on a meagre income and Section 377 made her life worse. She said she was thrown out of her intermediate college because she was considered too feminine, and recounts a traumatising time in school, where she had to brave taunts and jibes from classmates and teachers. She would often just sleep for four hours in the college hostel because she was too afraid of the male occupants once they were awake. Despite these struggles, she is confident.

“I am pretty much sure that the hearing will be very positive and that the colonial stain will be completely removed,” she said. For her and millions of LGBT people across India, the hearing itself is no less a victory.