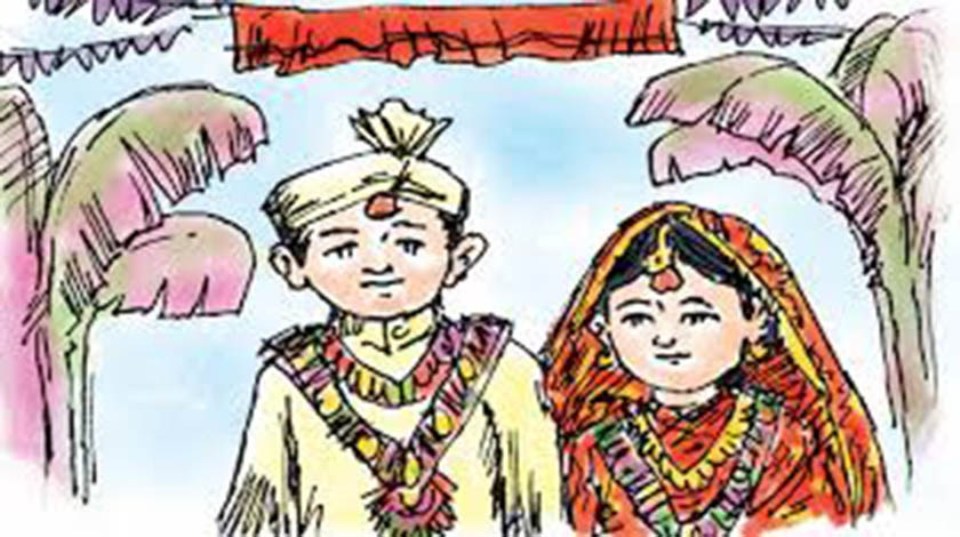 JUMLA, August 17: The situation of child marriage in Jumla is alarming, according to the District Public Health Office (DPHO). Although there are no statistical records on child marriage, the situation of girls under the age of 20 who come to health facilities for pregnancy test is disturbing.

As stated by the DPHO, Jumla, 860 girls underwent pregnancy tests last fiscal year. These girls are still very young. This fact confirms the dire situation of child marriage in Jumla.

Chandannath Municipality tops the list with the highest number of underage pregnancy cases i.e. 190 underage girls got pregnant there last fiscal year, followed by 140 girls in Tila, 134 in Patarasi, 95 in Guthichaur, 90 in Kankasundari, 77 in Hima, 68 in Sinja, and 66 girls in Tatopani rural municipalities.

In the fiscal year 2020/2021, 180 girls gave birth to underweight babies. The main reason for this is child marriage, said Krishna Sapkota, chief of the DPHO, Jumla. He said, "Child marriage is having a direct impact on women's and children’s health. One of the most common health problems in women is child marriage itself.”

Father, son arrested on charge of child marriage in Parsa

PARSA, Feb 27: A groom and his father were arrested on the charge of marrying a teenage girl in Parsa. Read More...

ROLPA, March 4: The details provided by the District Hospital, Rolpa, has raised concerns regarding the state of child marriage and... Read More...