KATHMANDU, May 4: The Supreme Court (SC) has ordered the government to form a probe committee comprising representatives from four different ministries to see if the Water Front Resort owned by tourism entrepreneur Karna Shakya has encroached upon the Fewa Lake.

A division bench of justices Om Prakash Mishra and Sapana Pradhan Malla issued the order after hearings on a writ petition filed by advocate Khagendra Subedi. The panel comprising one representative each from the Department of Survey and the Department of Land Reform Management under the Ministry of Agriculture, Land Management and Cooperatives, Ministry of Forest and Environment and Ministry of Tourism and Civil Aviation and Ministry of Education, Science and Technology to submit the probe report within two months.

The division bench has ordered the panel to coordinate with the provincial government and ministries to complete the probe in the presence of the petitioner and the defendants. The probe committee will now inspect whether the infrastructures of the resort are within 65 meters from the shores of the lake and whether the wastewater from the resort is being re-used or being released into the lake.

The then Baburam Bhattarai government had formed the committee in 2012 under the leadership of Biswa Prakash Lamichhane and assigned it the task of tracing the encroached land. The committee recommended scrapping the land ownership certificates of as many as 950 individuals involved in encroachment of the lake.

Various studies have shown that the land around the lake, which is listed as a Ramsar wetland conservation area, shrunk from 10 square kilometers in 1961 to 4.20 square kilometers in 2008 after various individuals with high social standings cunningly registered the land around the lake in their names during the first government land survey carried out in 1977.

The SC order passed by the division bench of Mishra and Malla on Sunday also ordered the government authorities to demolish the illegal structures around Fewa Lake. The apex court ordered the government to provide compensation to the structures built legally and tear down others without any compensation, while also ordering to make necessary preparations to declare Fewa Lake a World Heritage Site. 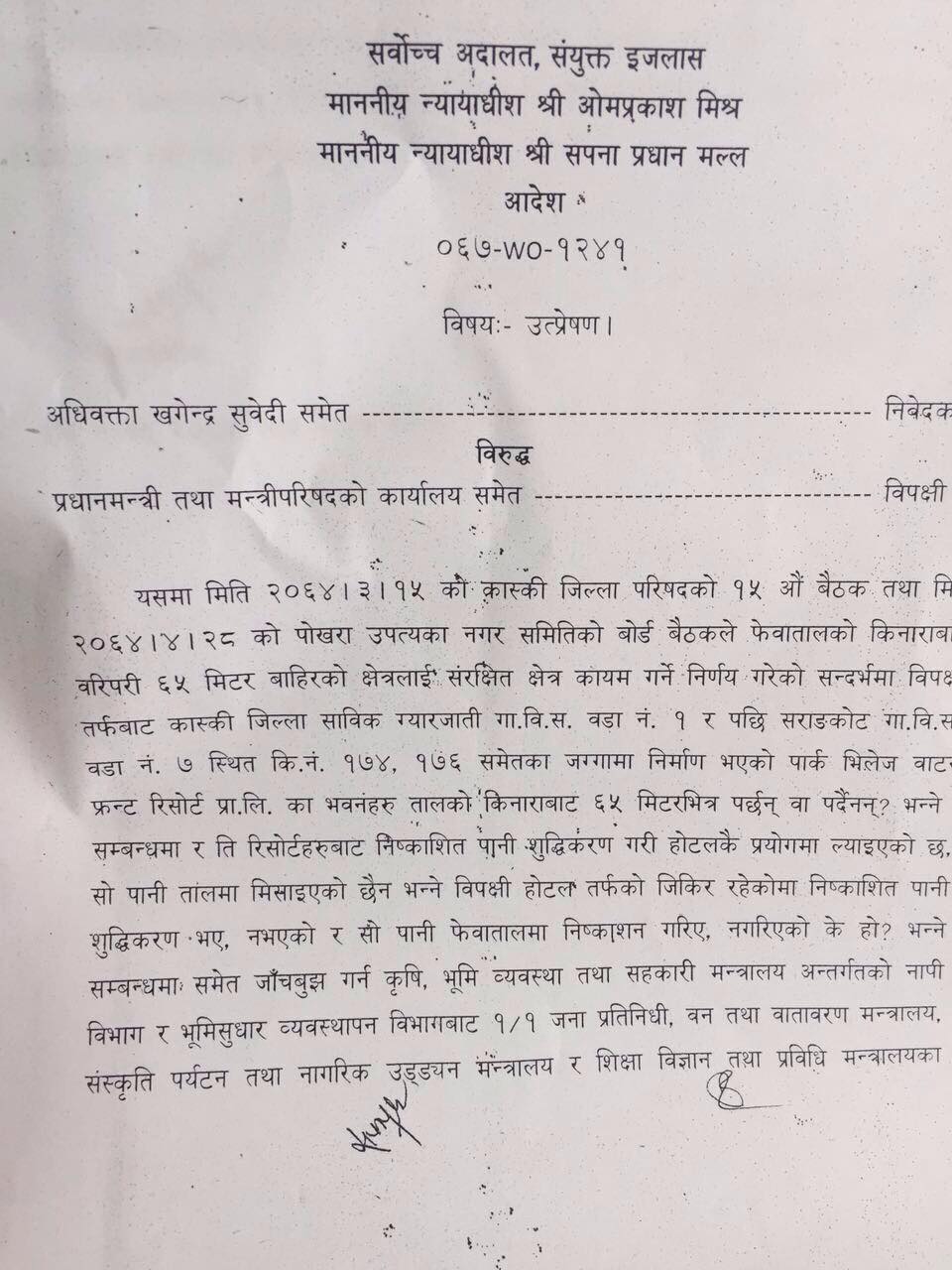 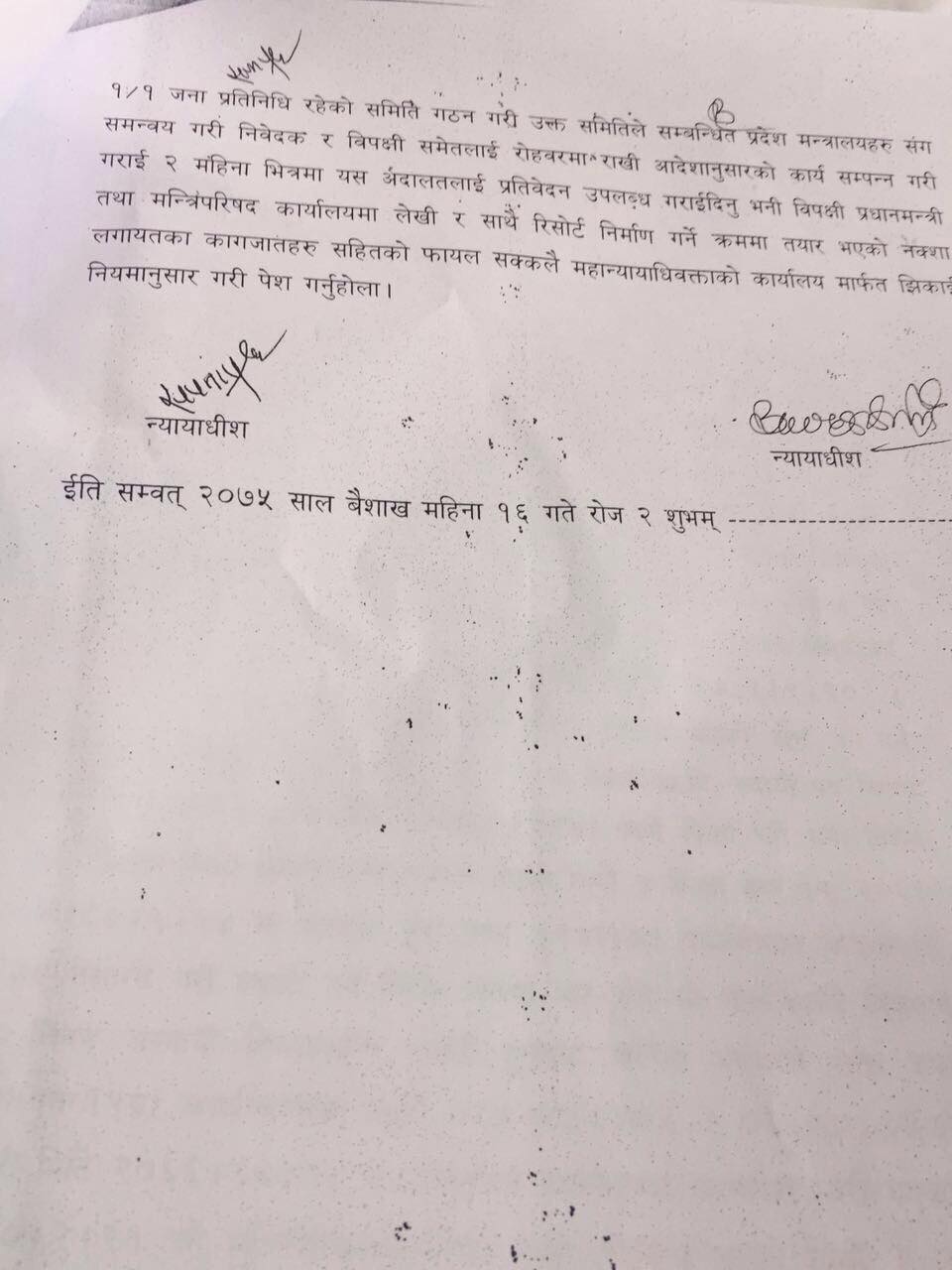 KATHMANDU, Aug 10: It has come to light that the Waterfront Resort being run on the banks of Fewa Lake... Read More...