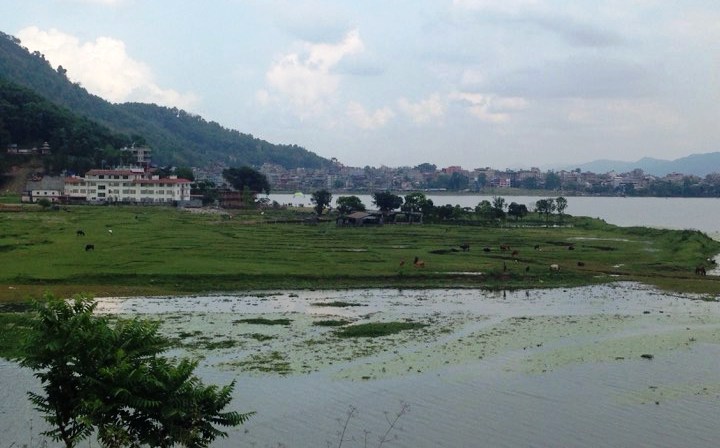 KATHMANDU, Jun 4: The government has formed a probe panel to look into the disputed Water Front Resort constructed on the bank of Fewa Lake by tourism entrepreneur Karna Shakya.

The Supreme Court had directed the government to report with details whether the resort lies within the periphery of 65 meters, the sewage exuded by the hotel has been recycled or not within two months.

The committee has been given a 15-day deadline to submit the report.

In response to the writ petition filed by advocate Khagendra Subedi, a joint bench of justices Om Prakash Malla and Sapana Malla Pradhan directed to implement the report prepared by  Bishwo Prakash Lamichhane-led committee and declare the Fewa Lake as the wetland and conservation area.

The Fewa Lake is shrinking day by day due to human encroachment and natural disasters.

Various individuals have registered over 1,692 ropanis of land in their names.

KATHMANDU, Aug 7: People of high social standing are in the forefront in illegally encroaching on Fewa Lake, in the tourist... Read More...

No action yet against 43 officials fingered by medical probe panel

KATHMANDU, June 1: The government has not taken any action against 43 officials involved in irregularities while issuing affiliation to the... Read More...