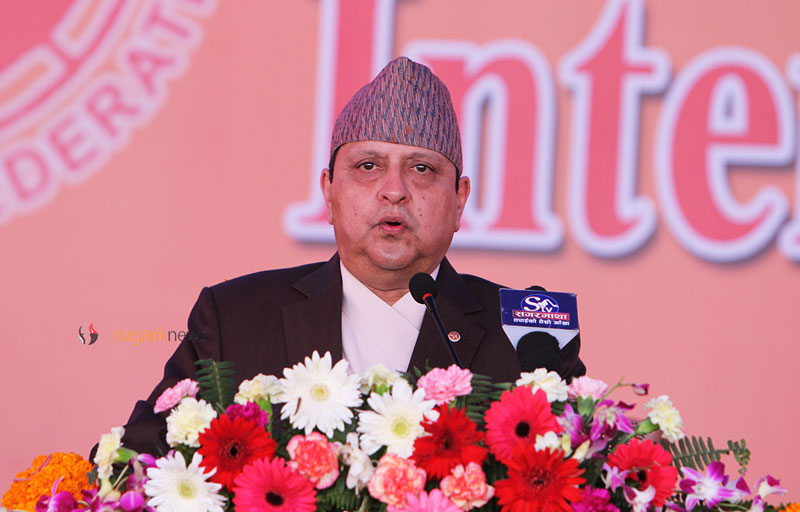 KATHMANDU, Jan 11: Issuing a second statement within a month, former king Gyanendra has said that he has not moved away from a sense of responsibility towards the people and the nation.

Recalling the ouster of monarchy in the country, the last king of the Shah dynasty said in the statement issued on the eve of the birth anniversary of King Prithvi Narayan Shah that the Nepali people’s wish has been the monarchy’s wish in Nepal.

“It is worth remembering that in this country with a tradition of the people’s wish being the monarchy’s wish, we left Naryanhiti Palace in view of the situation obtaining  back then. However, we have never forgotten and will never forget our responsibilities to the people and the country,” the statement reads.

Expressing concern over the eroding basis of national unity, social harmony and national identity, former king Gyanendra has said that the issue has all patriotic Nepalis worried.

“Not even a decade has passed and we find ourselves at a critical juncture where the question is not whether Nepal will progress, but whether it will continue to exist,” the statement  further reads

He has also expressed concern about external meddling in the country. He said that it’s been his conviction that the country is not and should not be allowed to be anyone’s playground and that the existence and identity of Nepal can be saved only through communal harmony, unity and love for the nation.

“We have to become an example of how we can unite at a time of crisis. As the world community competes for prosperity, we are becoming poorer and poorer,” the statement said.

The former king said that at a time when the tide of nationalistic feeling is rising in the world, we on the other hand are behaving in a way that harms the very existence of the nation.

“This tragic and ironical situation has to end,” he said, “As a Nepali who is a descendent of Prithivi Narayan, I appeal to all  Nepalis to become united under the national flag to save Nepal’s existence, pride and honor forever, to make unity among Nepalis permanent and enlivened and to create a stable, peaceful and prosperous Nepal.”