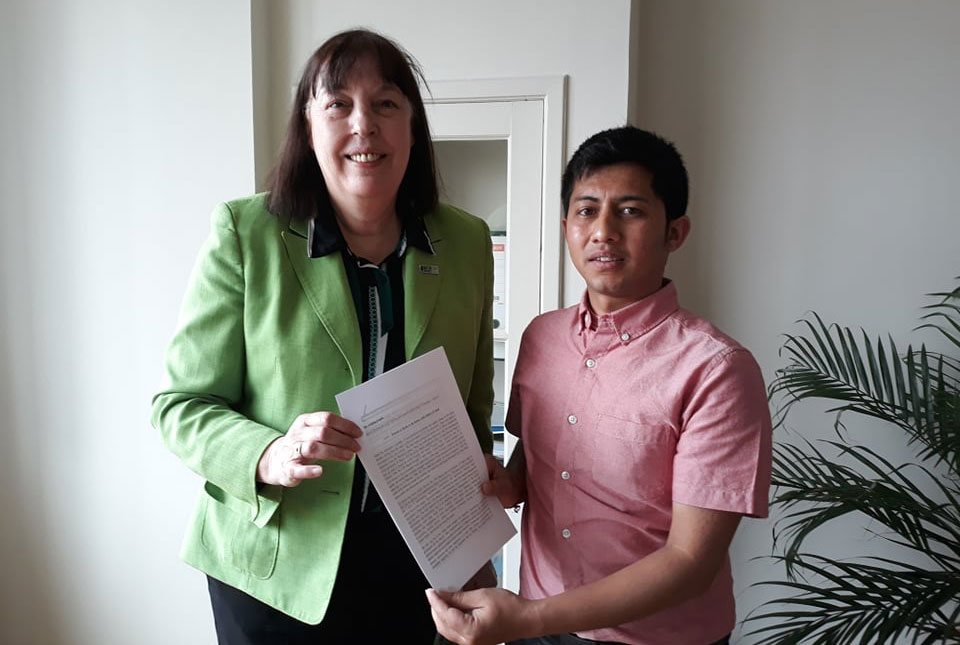 KATHMANDU, April 12: Lenin Bista, a former child soldier during the decade long Maoist insurgency has sought “fair treatment of former child-combatants who lost their youth to conflict.” He added that the decision of the government and UNMIN had “deprived (them) of (their) right to live with respect and dignity.”

United Nations Mission in Nepal (UNMIN) said that there were 2,973 child combatants declared unfit to be considered for integration into the Nepal Army during the integration.

In his letter to Virginia Gamba, special representative for children and armed conflict of the UN Secretary-General, Bista highlighted how the issues of child soldiers were never raised by the negotiating parties during and after the peace process. “(Child soldiers) faced various physical and mental tortures but also are organized and fighting to get recognition and rehabilitation for the former child soldiers, among whom distress is high and are seeking justice and respected life,” the letter reads.

In turn, Bista has urged the Special Representative for Children and Armed Conflict of the UN Secretary-General, UN to pressurize the government of Nepal to end to the practice of attaching disqualified in front or behind their individual names and not to provide compensation as per their rank.

He has also sought an apology from all sides –UNMIN, Maoists and the government for labelling them as disqualified; using them in conflict, and disqualifying them during the integration respectively.

KATHMANDU, Sept 10: "Now I have no reason to remain alive, better they let me die and not intervene anymore.... Read More...