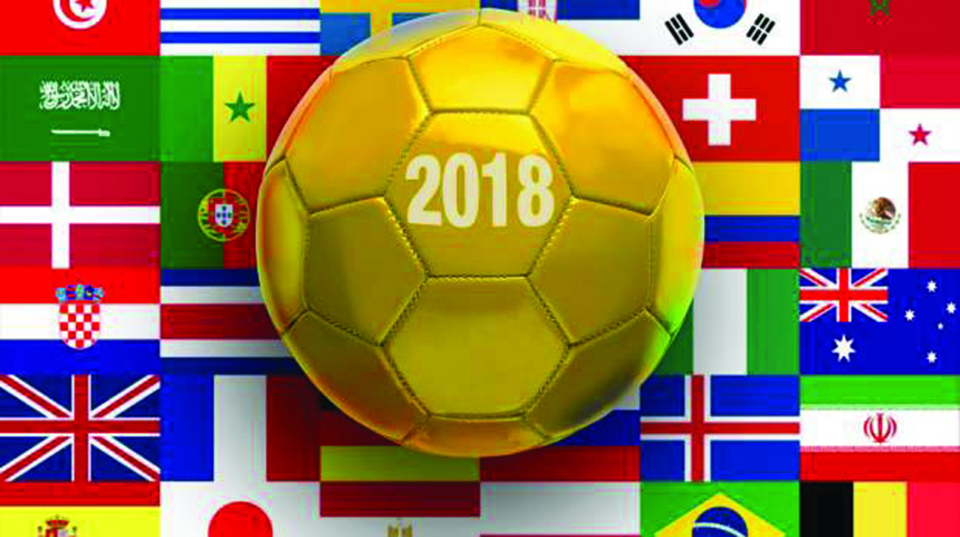 Ghimire is Research Scholar at Department of International Relations, South Asian University, New Delhi and Sharma is a Consultant with National Institute of Public Finance and Policy, New Delhi
news@myrepublica.com

Is fall of mainstream sporting superpowers like Brazil, Argentina and Germany indicative of fall of American and British domination in world politics?

Unexpected surge at the world cup tournament has surprised the world. New heroes are born.  New legacy is being created. Based on past trends, there was general expectation that football powerhouses like Brazil, Germany and Argentina would lift the trophy. But the way the tournament has progressed it is rescripting the different history which will be worth remembering not only for football fans but also for pundits across disciplines. Here is a metaphorical analysis of the world-order based on the results of World Cup 2018 in Russia.

There have been profound changes in the global economic landscape after the end of the Cold War. The world has entered into ‘new economic normal’ post-2008. Is the ongoing inward trade policy initiated by the US the reaction of the new economic order? The world has already seen the rise of East Asian Tigers in the 1960s which has undoubtedly shaped the orders of the world-economy and poses the serious challenges to the hegemony of few most substantial economic powerhouses. Does the continuing rise of China and India in the recent decades pose the similar effect in world economic order today?

Can the fall of traditional mainstream sporting superpower like Brazil, Argentina, Spain and Germany be compared with the fall of American and British domination in international politics? Or can the rise of China and India in international politics be compared with the rise of new footballing nations like Croatia?  Can Paul Kennedy’s analysis of the rise and fall of great power be implemented even in the sporting events like football where the world has seen the rise and fall of the traditional hegemony of few footballing nations?

In the footballing world, South American giants won mega sporting events multiple times. Country like Brazil has already won the prestigious trophy five times, Italy and Germany for four times and Uruguay twice. The exit of all these teams in the 2018 world cup poses a serious threat to their pride and footballing history.

Despite their consistency in FIFA ranking, they have often failed in winning the trophies in the last two editions of this mega event.  Does this alter the hegemony in the world of football? Will we see significant reforms in these teams and their playing strategy? Lethal Croatia and Belgium teams have outplayed the previous world cup winners implying the rise of emerging footballing country.

We are tempted to draw the parallel lines between 2018 world cup results and existing hiccups at world order. The United States largely fashioned the post-1945 architecture of world economy with the aim of reconstructing a liberal economic system across the globe. The birth of International Monetary Fund (IMF) and World Bank was instrumental in laying the foundation for liberal global economic order. Following this, trade and capital flows gradually started to operate. All these institutions are facing a serious legitimacy crisis with the emerging economies being skeptical about the policy of these institutions.

Pele, Maradona and G Muller set the foundation of the footballing culture in South American and European countries. But international football events in these years are facing serious crack, which gave fertile ground for the emerging football nations to challenge their hegemony.

Considering that these events were previously the preserve of developed countries, their staging in the BRICS economies is significant and arguably a marker of the emerging world order. Now, Qatar hosting the 2022 world cup football has become another limelight to this issue. Does not this become symbolic to the internal economy and international diplomacy?

The notion that ‘other’ countries are poor and are not able to invest a considerable amount of money for the sports has been questioned by hosting of the world cup by the communist Russia and the diplomatic ambition of small states like Qatar who will host the world cup in 2022. These scenarios indicate that the countries in the global east and south are rising in the international economic and political stage.

The South American Giant like Brazil was known for its speed, defence and lethal attack with the likes of Ronaldo, Carlos, Cafu Rivaldo and Ronaldinho to maintain their supremacy in the past. In the recent matches, their styles have been nullified by the so-called average footballing teams.

The defeat of Spain and Germany are the examples of that. How compelling is the US strategy to maintain its supremacy? Or will this strategy be so costly for the US to retain its traditional hegemony in international political and economic stage?

Ghimire is Research Scholar at Department of International Relations, South Asian University, New Delhi and Sharma is a Consultant with National Institute of Public Finance and Policy, New Delhi