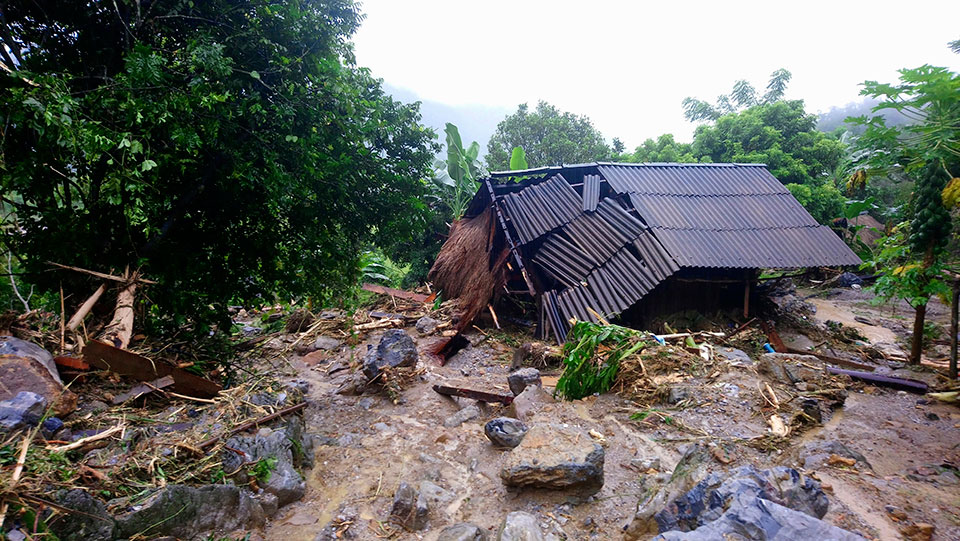 HANOI, Vietnam, Oct 13: Floods and landslides have killed at least 54 people in Vietnam and left another 39 missing since a tropical depression hit the country earlier this week, in one of its worst natural disasters in years, officials said Friday.

The heavy rain in the central and northern regions disrupted transportation in some areas, hampering efforts to rescue the missing.

The storm, which hit central Vietnam on Tuesday, also injured 31 people, submerged more than 30,000 houses, and damaged infrastructure and crops, the Vietnam Disaster Management Authority said in a statement Friday.

Disaster official Nguyen Thi Lien from northern Yen Bai province, where six people died from the floods, said 580 soldiers and police and more than 2,000 residents have been mobilized to search for 16 others still missing in the province.

"Transportation to and from the southern district of Tram Tau was cut off by landslides and floods, making it impossible to send additional search forces to look for six people still missing there," Lien said, adding that the search operations in the district are relying on local military, police and villagers.

Another tropical depression has been upgraded to a tropical storm, Khanun, which swept through the Philippines' northern island of Luzon early Friday and is moving in the South China Sea toward Vietnam, according to national weather forecasters.

The storm could bring more rain and misery to the central and northern regions already soaked by rain and floodwaters.

Vietnam is ranked the seventh most disaster-prone country in the world, and disasters over the past two decades have caused more than 13,000 deaths and property damage in excess of $6.4 billion, according to Achim Fock, acting country director for the World Bank in Vietnam.

Speaking at a conference in Hanoi on Friday marking International Day for Disaster Reduction, Fock said it is time for Vietnam to prepare seriously to reduce its climatic vulnerability.

"If Vietnam does not invest in disaster resilience today, it misses an opportunity for social, economic and environmental progress that will have impacts for years to come," he said, according to a copy of the speech provided by the World Bank.

BEIJING, July 23: At least 78 people have been killed and another 91 are missing across China after a round of... Read More...

JAKARTA, Indonesia, June 19: An Indonesian official says 24 people have been killed by flooding and landslides in central Java... Read More...