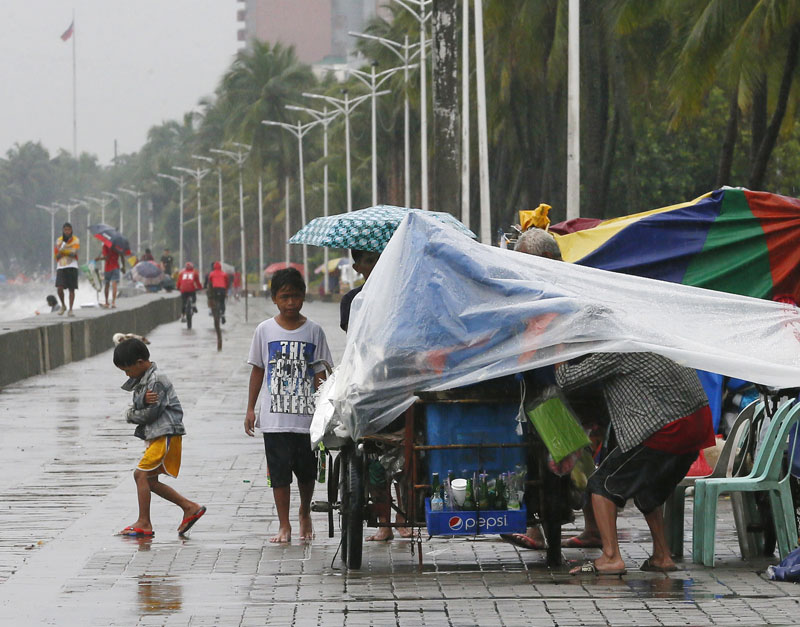 HANOI, (Vietnam), Oct 17: A Floods triggered by heavy rains have killed 24 people and left four others missing in central Vietnam, disaster officials said Monday, as Typhoon Sarika approaches after leaving at least two people dead and displacing more than 150,000 in the Philippines.

In the worst-hit province of Quang Binh, 18 people died and authorities are searching for three others who are missing, disaster official Tran Le Dang Hung said.

Six people died and one was reported missing in three other central provinces.

"We are worried. We have instructed district governments to outline plans for evacuating people from high-risk areas to cope with the Typhoon," Hung said by telephone from Quang Binh.

Heavy rains of up to 90 centimeters (3 feet) on Friday and Saturday submerged 125,000 homes in the region, temporarily disrupted the North-South Highway and damaged infrastructure, crops and fish farms.

Hung said the floods have receded in most areas in Quang Binh.

In the Philippines, fast-moving Sarika Typhoon blew out of the northern Philippines on Sunday after leaving at least two people dead and displacing more than 150,000, though the region was spared a major disaster due in part to the storm's speed.

The Typhoon is over in the South China Sea and was moving at the speed of 15 kilometers (9.3 miles) to 20 kilometers (12.5 miles) per hour heading toward northern Vietnam, according to Vietnam's national weather forecast center.

BEIJING, July 23: At least 78 people have been killed and another 91 are missing across China after a round of... Read More...