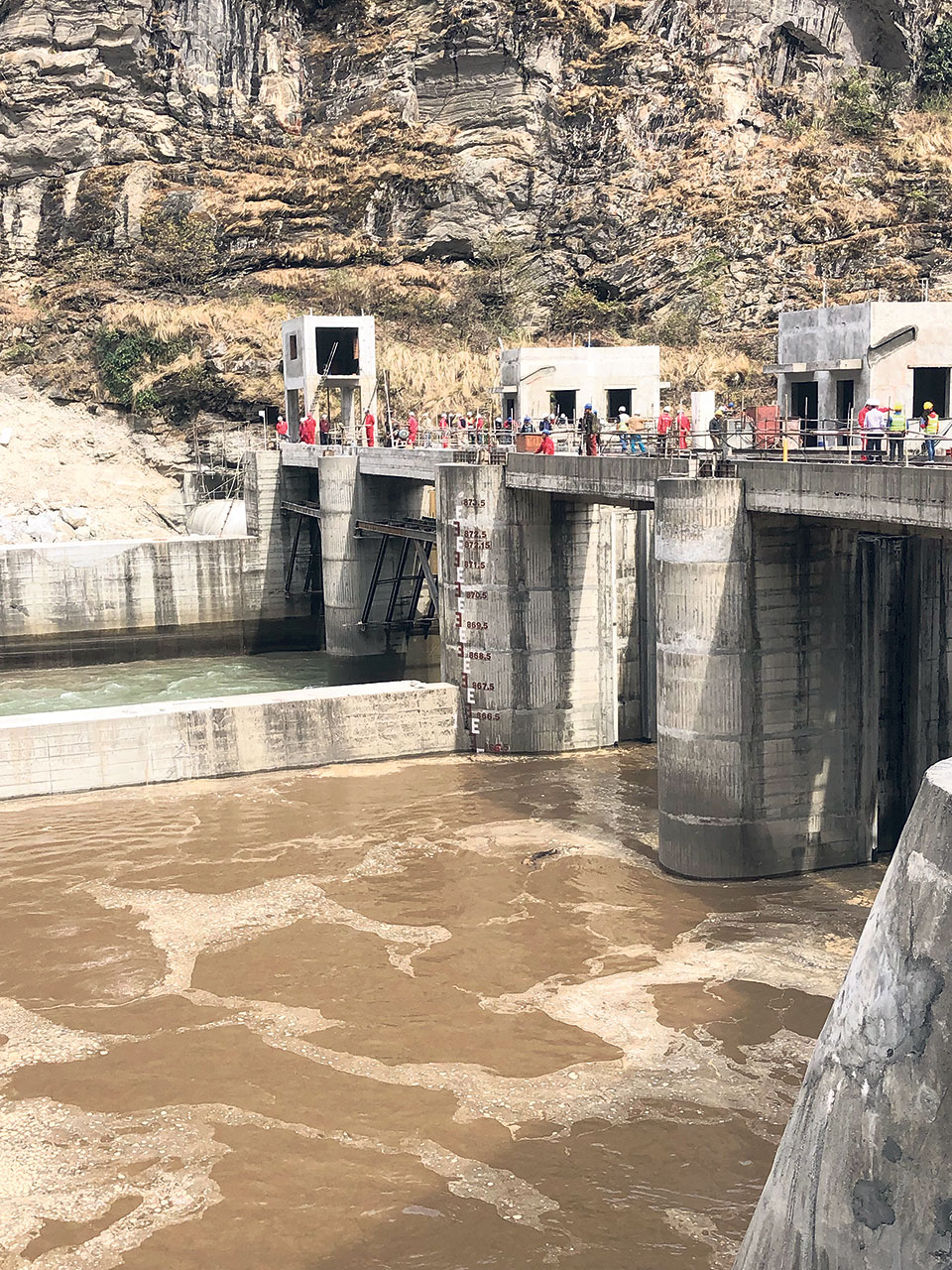 KATHMANDU, March 20: The first unit of Upper Trishuli 3A Hydropower Project is starting generation by April 30.

A meeting of project management, consultant and civil contractors held on Monday decided to start power generation from the first unit of the 60-megawatt project within the revised deadline. The unit will generate 30 MW of hydropower.

Kulman Ghising, managing director of Nepal Electricity Authority (NEA), informed that the meeting decided to start power generation from the first unit from April 30 and second unit from June 30.

The project’s initial deadline was May 2014.

“The project management and contractors have made commitment to start generation within the revised deadline. This became possible because of needful initiation taken by the Ministry of Energy, Water Resources and Irrigation particularly, particularly settling issues raised by the contractors, Ghising added.

The commitment came two days after Minister for Energy, Irrigation and Water Resources Barsaman Pun unveiled the progress report of his first year at office. Few days ago, Minister Pun had visited the project site and instructed the project management to complete start power generation within the revised deadline.

The project’s generation plant is located on the border of Rasuwa and Nuwakot districts. Given the plant’s proximity to Kathmandu Valley, the project will be instrumental in managing supply and demand, according to NEA officials. Construction of transmission line to evacuate power generated by the project is also in the last leg. The contractor of the transmission line has also expressed commitment to complete work within deadline.

The 220 kV transmission line from the project site to Matatirtha in Kathmandu is being built by China International Water and Electric Corporation.

According to project officials, testing of the settling basin -- a structure built for filtration of sedimentation before flowing water to tunnel -- dams and gates at the dams began from Friday. All tests will be completed by the end of this week, while testing of other structures, including main canal, is expected to be completed by mid-April, they added. The project plans to test generator, tail race tunnel and its structures that flow water out of power house between mid-April and April-end.

“Work to install hydromechanical and electromechanical equipment are going on at present,” Fanindra Raj Joshi, manager of Upper Trishuli 3A Hydropower Project, said.

The project contract was handed over to China Gezhouba Group in Engineering Procurement and Construction (EPC) model with a completion deadline of May 2014. The contract was worth US$ 89.1 million. However, the cost has escalated to $125.8 million now.

Dispute with the Chinese contractor over increasing the project’s capacity to 90 MW delayed the project by nearly five years. The project’s deadline was first extended to 2016. However, it was revised to April 30, 2019, as the project was affected by the 2015 earthquakes and the subsequent Indian blockade.