Fire in the house 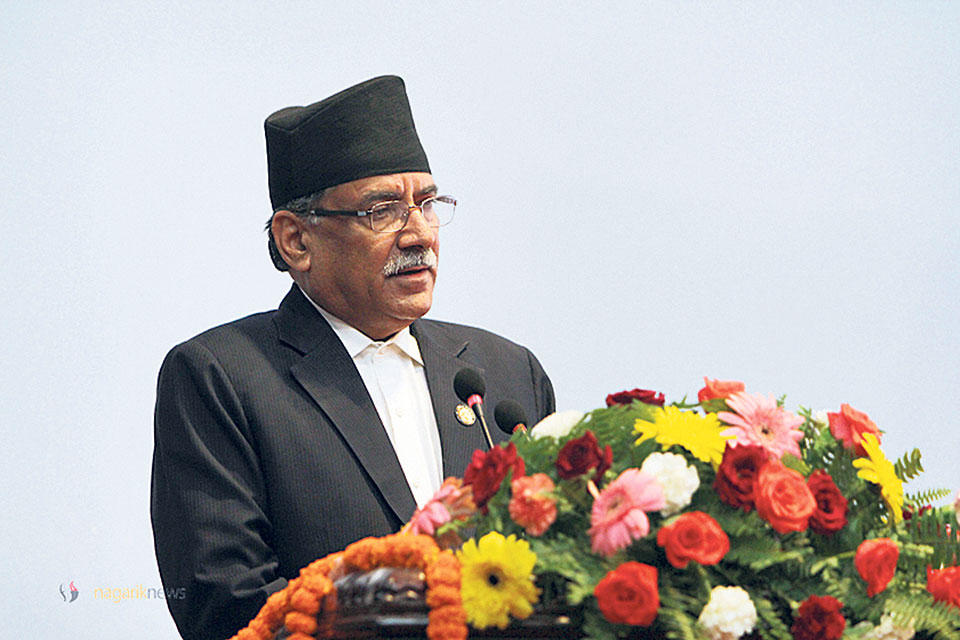 First of all, let us all stand up from our seats and give a standing ovation to our Emperor for being able to perform magic tricks to show us that he still has the mojo to rule over us for some time. We all know that he is waiting for his turn to spend some time in Baluwatar but until that happens, he will continue to gang up against our dear old Oli Ba who seems to be cornered in the recent days.

If our Emperor decided to change careers and be a businessman instead then he can make trillions instead of billions by making deals left and right and getting every byaparis on board to invest in his crazy schemes. He has the skills to not only make his comrades happy but also cross over and whisper some magic mantra in Deuba’s ears as well. Don’t be surprised if he even decides to hop into bed with the Kangaroos and our Madhesi netas to show us how he can continue to stay in power.

Let us not feel sorry for Shivamaya ma’am because she has already told her story and we have heard it well. We blame Gyanu uncle and the House of Shah for all the problems in this land but if we were to really listen to Shivamaya then we know that the monarchy is no longer the root of all evil. It is the system that is so corrupt that even though the Ranas left Singha Durbar more than a half-century ago, those in power still dream of becoming the ‘Shree Teens’ of today.

Our political game is played by evil old men who will not give any opportunities to women, youth, and minorities to lead their parties. Yes, we had a Madhesi President and now we have a Madame President but that doesn’t mean the country is on the right track. The former President gets funds worth lakhs of rupees in a month whereas our Madame President will also get her share once she is out of the office. And our government wants to shift the Police Academy somewhere else so that the President can land her helicopter. How about the shifting the President’s house somewhere else? Yes, shift the President’s palace to Dhulikhel and she can take a chopper to Kathmandu. I think we should just shift Singha Durbar to Hetauda instead so that the province three lawmakers can brag more and we can even have Hetadua as our nation’s capital as well. Then they will have fun when all the VVIPs create traffic jams when they are rolling down the street.

Agni Dai is our Speaker of the House. Why are our good for nothing netas only willing to have those who have already tasted power as mantris as our speakers? Before, it was Mahara and then he messed up because he got a little too tipsy, clumsy and forgot his own morals and forgot that it is not a good idea to covet your neighbor’s wife. Let us hope Agni Dai will do his job right and not make a fool of himself like Mahara. Both headed the ‘Information’ mantralaya once. Let us hope Agni Dai will be different in his role as the Speaker of the House.

Yes, we all know our Maobadis killed people left and right when they were fighting against the state. Even our Emperor has taken responsibility for killing 5,000 people. And he blames the former King and the state for the rest of those who were killed in the decade long conflict. We all know that the victims from both sides will not get justice any time soon.

If our thulo mancheys really were equal before the law then Deuba and our Emperor would be sipping bideshi whiskey in Dillibazar not in their durbars.  Thousands of our hakim sahebs, netas and senior security personnel would be in Nakkhu and Central Jails. But it’s not going to happen anytime soon. Those in power will do everything to continue to provide impunity to the evil doers because they all know that it’s better to band together and save themselves rather than do the right thing.

And at the end of the day, we really have to feel sorry for our communists. We expected Oli Ba and our Emperor to be like “Pepe” Mujica, the former President of Uruguay. The man spent 12 years in jail. Our Oli Ba spent 14. Our Emperor is lucky that he got to eat samosas and biryani across the border. Harry can leave his free money and has chosen to leave the monarchy so that he can be happy with the woman he loves. Our netas will choose free money instead and dream of becoming Kings and will leave their spouses behind if they are offered more.

So, Dear Tourism Minister, if you really want to promote Nepal this year as the best tourist destination on earth then just ask Harry and Meghan to leave Canada and come to Nepal. Harry has already been to Nepal before to help us after the earthquake. Let us grant him ‘Nepali’ citizenship and make him our goodwill ambassador. Harry might need a job as well. How about offering him the position of CEO of Nepal Tourism Board once he gets our green passport?

Reinstatement of monarchy not included in RPP Nepal’s strategy: Thapa

KATHMANDU, March 2: RPP Nepal Chairman Kamal Thapa has said that reinstatement of monarchy is not included in his party’s... Read More...

PM Oli rules out possibility of restoration of monarchy

KATHMANDU, Aug 18: Prime Minister KP Sharma Oli has ruled out the possibility of restoration of the monarchy in the... Read More...