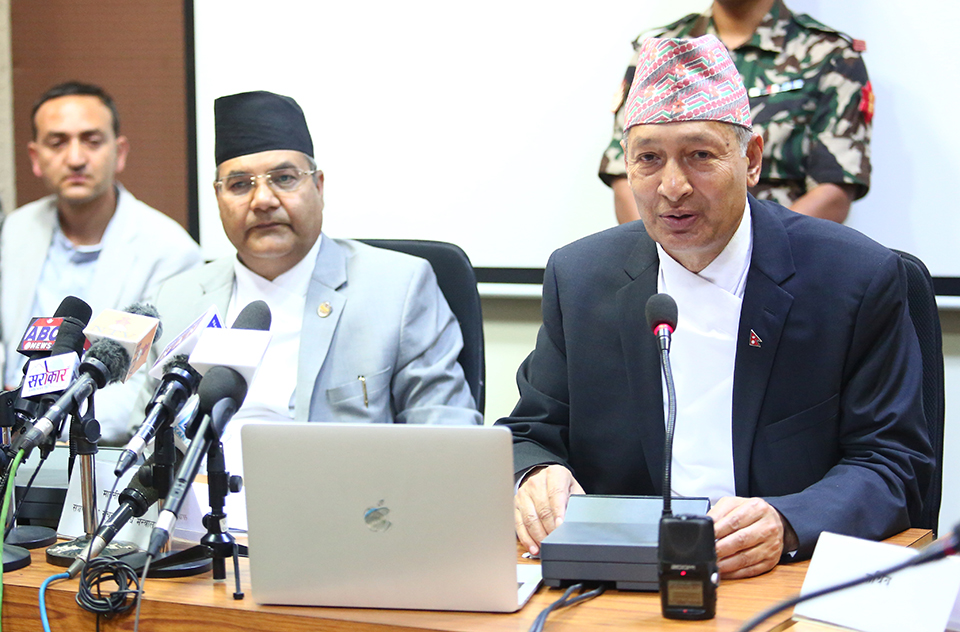 "It would not be democratic to move ahead without heeding the reasonable demands of elected representatives."

KATHMANDU, May 31: Amid widespread criticism of the government decision to hike the development fund for lawmakers, Finance Minister Yuba Raj Khatiwada on Thursday defended the 'distributive' budget saying that the government cannot ignore voices of elected representatives in a democratic system.

The statement of the finance minister defending the hike in the funds for lawmakers amid concerns that such funds are grossly misused indicates that he bowed to political pressure in not only giving continuity to the program, but also increasing the fund for lawmakers' pork-barrel projects.

“We asked the peoples' representatives to contest the elections with development promises. And they campaigned in the elections accordingly,” said Finance Minister Khatiwada, at a post-budget press conference organized at the Ministry of Finance (MoF) on Thursday. “It would not be democratic to move ahead without heeding their reasonable demands,” he added.

For this program, the government has allocated a total of Rs 9.9 billion. There are 165 constituencies in the country and each of the lawmakers elected under the first-past-the-post system will be entitled to this fund.

Many people have raised questions over the effectiveness and proper utilization of the fund, which is mostly being spent on petty projects like temple constructions and clubhouses. Economists say that doling out projects without preparation and planning does not help the economy.

However, Finance Minister Khatiwada said that the funds will not be handed out to elected lawmakers who will have role only in the selection of projects in their constituencies and monitoring their implementation.

According to Khatiwada, there will be a strong mechanism for the monitoring of the projects and their effectiveness.