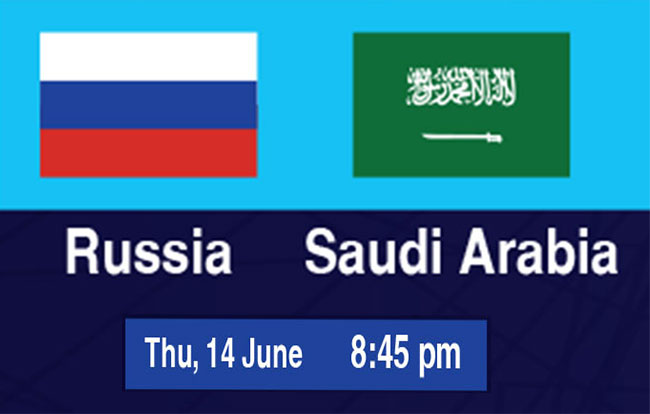 Almost four years of waiting has led to this. Precisely 1432 days after Mario Gotze’s extra time goal saw Germany add a fourth star to their jersey, Russia and Saudi Arabia take to the field to start another chapter in the storied history of the FIFA World Cup.

Both sides come into the fixture on a rather undesirable run of recent form. Russia have failed to win in seven non-competitive attempts since beating Korea Republic in October, while the Saudis have lost three friendly matches in a row - albeit to strong opposition in Italy, Peru and World Cup holders Germany.

Both will also be hoping for victory at the Luzhniki to end a barren run at the global finals: Russia have not won at the World Cup since 2002, while Saudi Arabia’s last global finals’ victory came at USA 1994.

Team reporter analysis
Despite the fact that public criticism has grown due to Russia's recent form in friendly games, the hosts are hoping to show their value in the opener against Saudi Arabia. They've spent a quiet working week at their base in Novogorsk, far away from the hub of World Cup activity in Moscow, and seem recharged and ready to deliver. Igor Borunov with Russia

The Saudi team are striving for a good result to show a positive image of the nation’s footballing development to the world. Partly as a result of the occasion, they will likely be cautious from the start. After the opening ten minutes, Juan Antonio Pizzi will have a better idea of the Russians' strengths and alter his plan accordingly. Abdullah Alghaza

Did you know…?
No host team has lost in the Opening Match of the World Cup, which has produced six victories and three draws for the home side. Russia have also been in the Saudis’ shoes before, having contested a World Cup opener as the away side: they drew 0-0 with Mexico in 1970 as the Soviet Union.

Madhesh govt to provide Rs 21,000 in monthly allowance to families of martyrs
12 hours ago