Samara is looking forward to hosting a top-of-the-table contest in Group A when Uruguay take on hosts Russia with the title of ‘group winner’ at stake. The FIFA World Cup is always decided by fine margins, so an advantage such as finishing as group winners rather than runners-up can potentially be a crucial factor in the long run. Uruguay have to win the match in order to finish top of the group, while a draw would see Russia finish in firstdue to their superior goal difference.

Uruguay go into the game having yet to concede a goal at Russia 2018, seeing off Egypt and Saudi Arabia both by 1-0 scorelines. La Celeste pride themselves on their tactical nous and cohesion from back to front. Their defensive discipline paired with the attacking threat that Luis Suarez and Edinson Cavani provide make Uruguay the trickiest opponent that Russia has faced at the tournament so far.

Team reporter analysis
La Celeste have not been playing their best football yet, however, they have looked comfortable enough in both wins. Coach Oscar Tabarez is expected to make changes in midfield and could even alter their tactical system, due to the inclusion of Lucas Torreira. There are many options for Tabarez to choose from, now it's up to him to select the best one. - Florencia Simoes with Uruguay

The host team achieved its minimum objective and already qualified from Group A along with their opponent. One can assume that it’s a good moment to have some rest and prepare for the knockout stages but that’s definitely not the case for the hosts who are savouring every World Cup moment on home soil and will battle against Uruguay to finish the first stage at the top. - Igor Borunov with Russia

Did you know?
Uruguay have won all four World Cup matches in which Suarez scored, but they were defeated in both games in the competition in which Cavani scored. 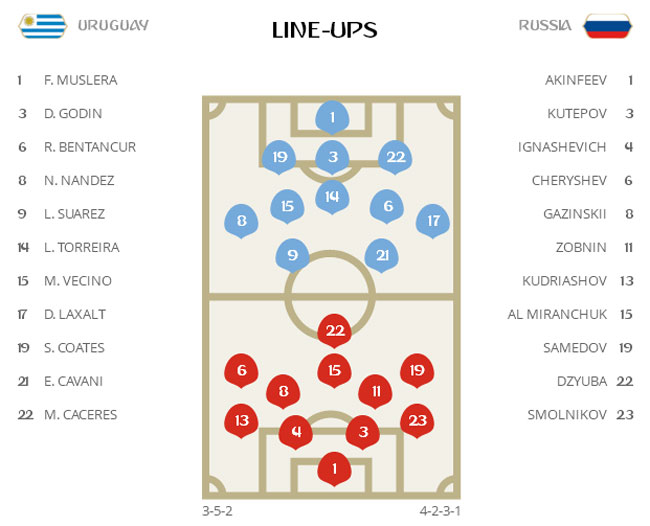 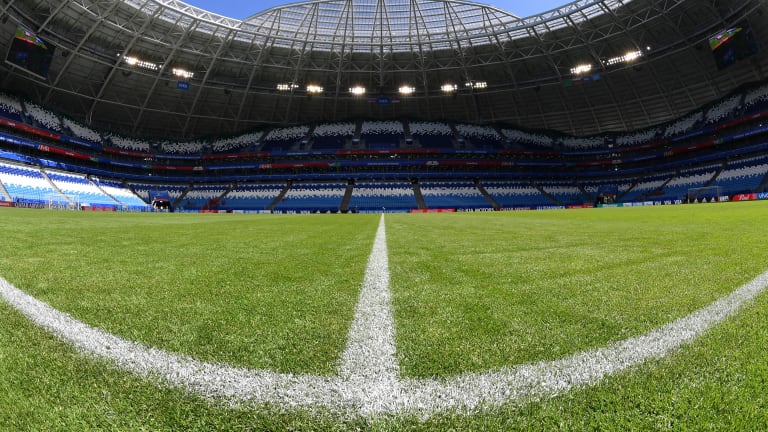 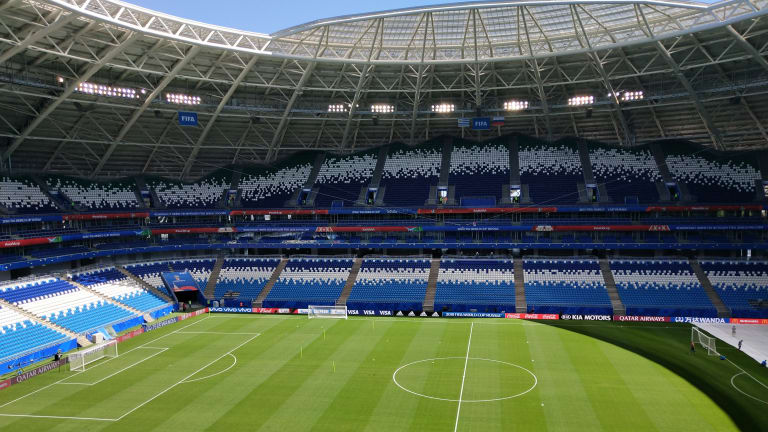