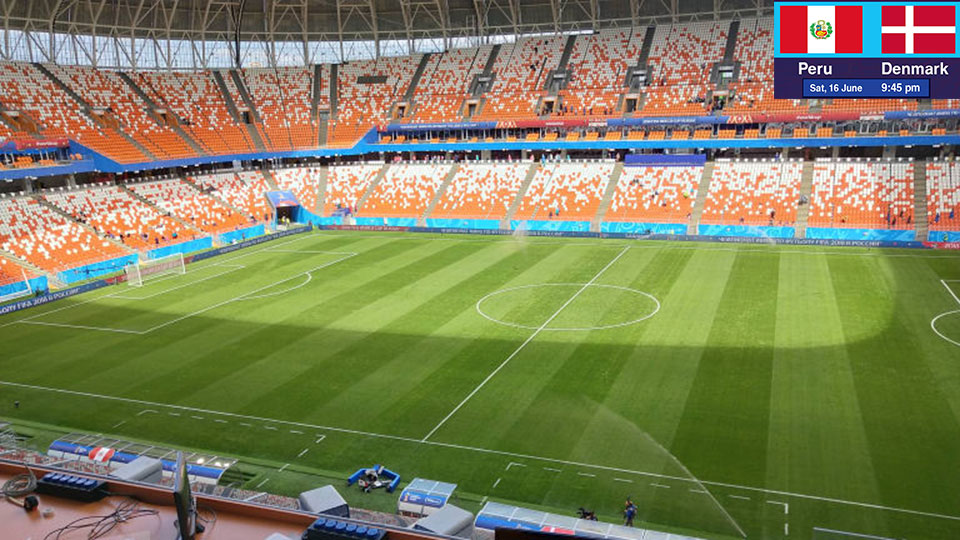 There will be plenty of emotion when Peru and Denmark hear their national anthems – the South Americans have not qualified for a FIFA World Cup since Spain 1982, while Denmark missed out on Brazil 2014. Having these two countries back on the world stage is therefore an event in itself.

Both teams know that three points will help them enormously in their quest to make it out of the group stage, particularly since France are the red-hot favourites in Group C.

Peru came with a late run during the qualifiers with a six-match unbeaten streak at the end, and Los Incas have plenty of quality up front in the shape of Paolo Guerrero, Jefferson Farfan and Edison Flores.

Denmark will be banking on the consistency of its team from front to back. They scored 22 goals in their qualifying campaign, conceding nine across ten matches. Star man Christian Eriksen notched 11 of those 22 goals and will be the main playmaker in the team. At the other end of the pitch, Kasper Schmeichel will be following in his father’s footsteps between the sticks.

Team reporter analysis
The big day has finally come around for Peru and a new generation are set to write their names in the history of the World Cup after an absence of 36 years. Ricardo Gareca’s men want to do more than just make up the numbers though. They are currently unbeaten in 15 matches and having Paolo Guerrero back against Denmark could well be the deciding factor.-Gilda Arrua on Peru

The Danes are hoping to start their campaign off with a win. The have one of the tallest midfields in the competition at 6'1", while their opponents average 5'10", which will see them at a disadvantage in this respect. The Danish Dynamite will be hoping to make the most of this stat in their opening match.-Svend Frandsen on Denmark

Did you know?
The two teams qualified via the play-offs and are both appearing at their fifth FIFA World Cup. Peru have reached the quarter-finals on two occasions, Denmark just the once.

Hotel industry should be made an industry of national priority thru law: HAN President Rana
2 minutes ago