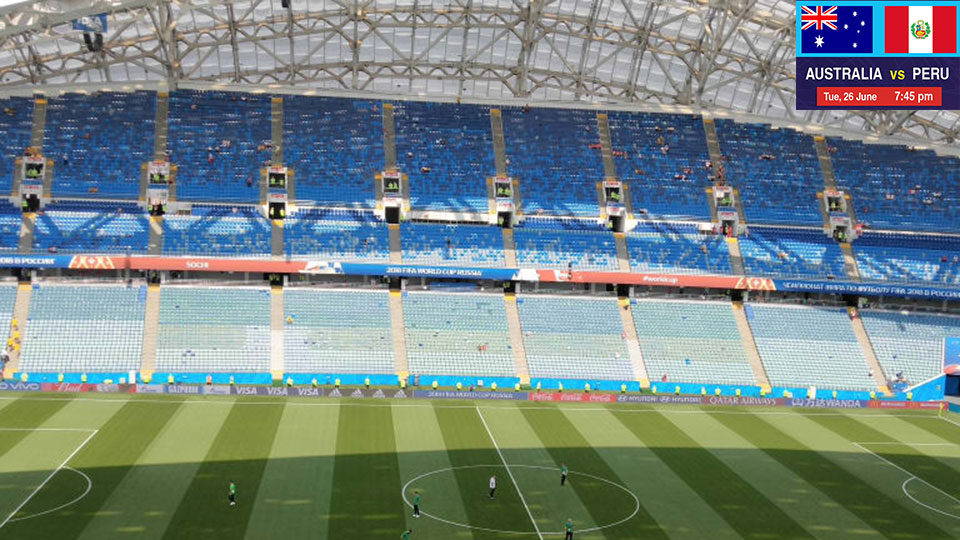 Australia will have hope in their hearts, while Peru will play for pride when they meet in their final match in Group C.

The South Americans headed to Russia with high expectations after making their first FIFA World Cup in 36 years, but are already out of the competition having lost both their matches to date.

Los Incas can nevertheless go home with their heads held high after causing Denmark andFrance serious problems in narrow 1-0 defeats. They will now be hoping to give their fans – who have turned up in large numbers and brought great joy to Russia 2018 – some goals to cheer.

Facing them are an Australia side determined to stop them doing just that and who showed plenty of attributes of their own in going down 2-1 to the French and drawing 1-1 with the Danes. That point has given the Socceroos hope of advancing to the Round of 16, a goal they can achieve if they beat the Peruvians, by as handsome a margin as possible, and the already-qualified French beat Denmark.

Should the Aussies finish level on points with Denmark, qualification will come down to goal difference first of all, then goals scored, and then fair play.

Team reporter analysis
The Socceroos have everything to play for in a match they must win, while hoping the result of the other game in the section also goes their way. Tightly knit and full of confidence, the Australians will be praying the stars align. Their biggest selection issue is deciding who comes in for injured striker Andrew Nabbout. - Sarah Widera with Australia

Peru go into their final match with the aim of dedicating a win to their army of fans, among the most loyal at Russia 2018. Ricardo Gareca’s men would have had some points to their name but for some wayward finishing in their first two games. Their task is to show they can they not only keep possession of the ball, but also win. - Gilda Arrua with Peru

Did you know?
This is the third time in five World Cup appearances that Peru have been knocked out in the group phase, and the second occasion on which they lost their opening two matches. The first came at the inaugural edition in 1930, when they lost 3-1 to Romania and 1-0 to hosts Uruguay, their only matches in that competition. 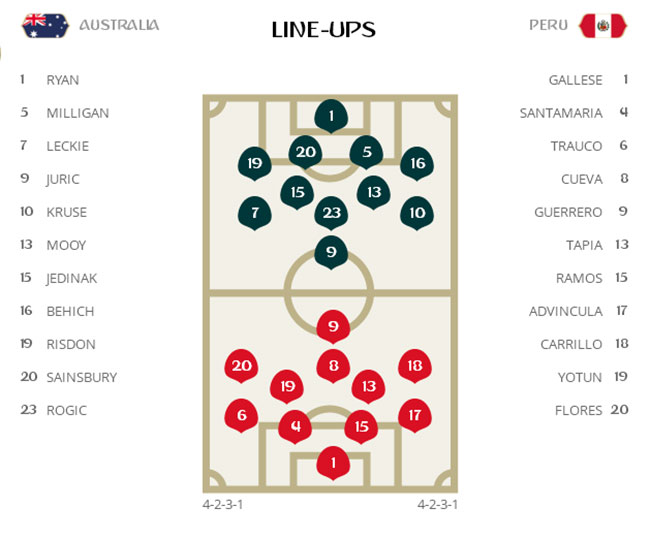