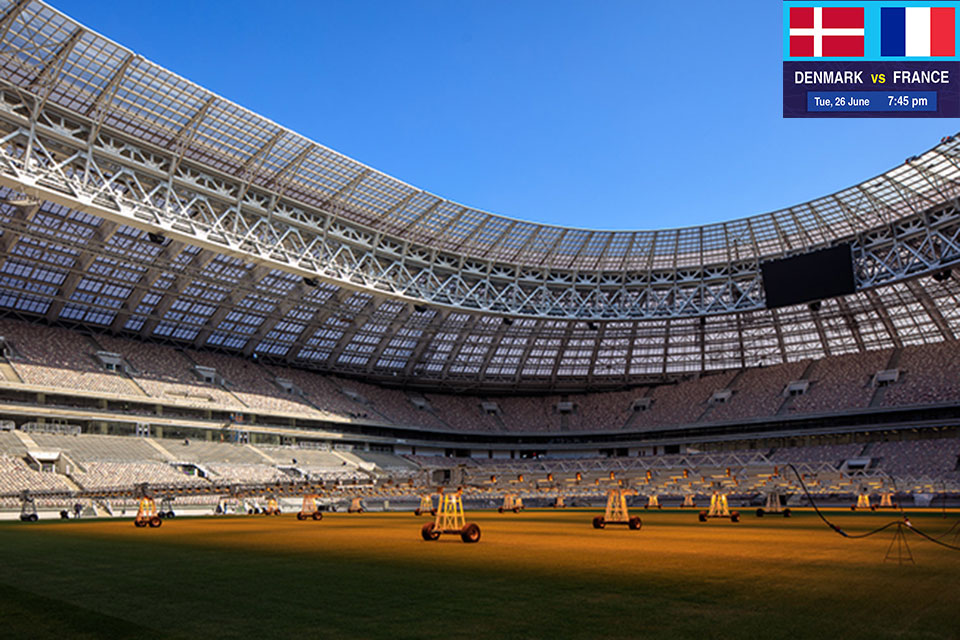 The pressure is off France in their final Group C fixture, since they have already reached the Round of 16, and Denmark very much have the advantage in their quest to join Les Bleus in the knockout stages. The Danes need to avoid defeat to progress to the next phase, and they could even qualify with a loss if Australia do not emerge victorious from their game against already-eliminated Peru and improve their goal difference by a significant enough margin to leapfrog them.

In his playing days, Didier Deschamps sat out the final group game of France 1998 against Denmark, and will likely be hoping for a similar outcome to this match, where a much-changed France XI emerged with a 2-1 win and topped the group with a 100 per cent record. Ultimately, Age Hareide will want the same outcome - if not necessarily the same result - as Denmark qualified for the knockout stages in 1998 despite their defeat.

Team reporter analysis
With Yussuf Poulsen suspended and Pione Sisto having an indifferent World Cup so far, coach Age Hareide will be forced to reshuffle his attacking lineup as the Danes head into their last crucial Group C match against France. One point will be enough to progress to the next stage but Hareide will also be keen to see Denmark improve their possession-based football in the final third of the pitch. - Svend Frandsen with Denmark

Even if the mood has totally changed in the French camp since Les Bleus qualified for the next round by beating Peru, coach Didier Deschamps was very clear: he wants to finish top of the group, no matter who they'll play against. In Istra, France are now focused on watching videos and closely studying the Danish team. One question still remains though: just how many changes will Deschamps make? - Adrien Gringold with France

Did you know?
Five teenagers have scored multiple World Cup goals: Pele (6), Edmund Conen (4), Manuel Rosas (2), Jose Altafini (2) and Michael Owen (2). Can Kylian Mbappe - who became the first teenager to score for France at a World Cup with his strike against Peru - join this rarefied list, by netting against the Danes? 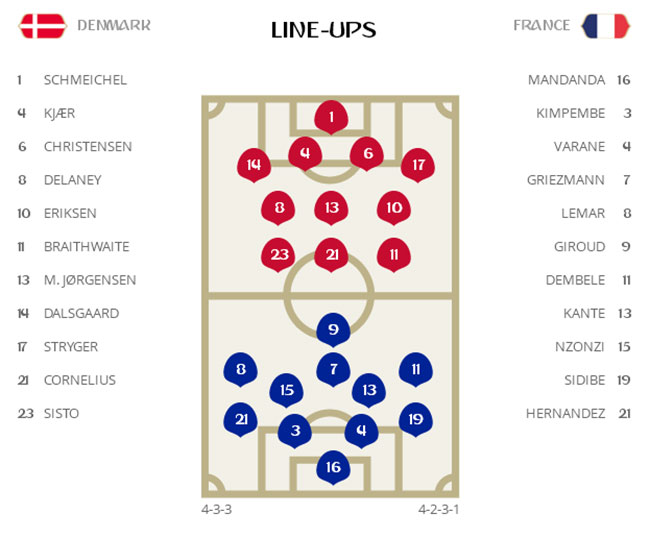