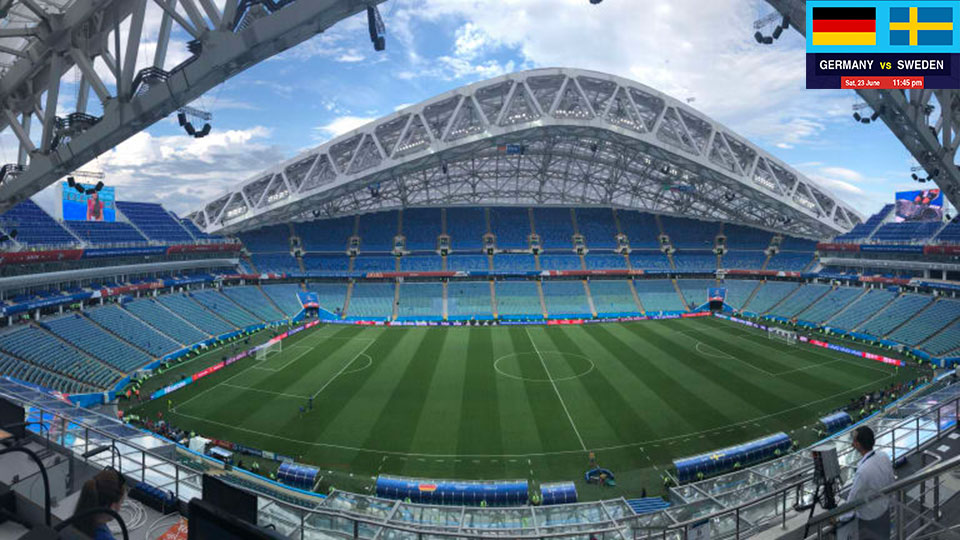 No -one can take anything for granted at this FIFA World Cup, not even the reigning champions. Shocked by a skilful, combative Mexico side last time out, Germany – who dazzled en route to winning last year's FIFA Confederations Cup with a youthful side – have it all to do.

Sweden promise to pose another stern test and Die Mannschaft will have to display more creativity and be less predictable going forward if they are to get back on track. The Mexicans can further turn up the heat on Joachim Low's team if they back up their opening victory by overcoming Korea Republic earlier on Saturday.

Having kicked off their own campaign with a win against the Taeguk Warriors, the Swedes will feel confident going into this encounter against opposition that they know inside out. Moreover, with the pressure sure to be firmly on the Germans' shoulders, the Scandinavians should be able to play with freedom.

Team Reporter Analysis
Criticism rained down on Germany after their stuttering start and the players were the first to hold up their hands and admit that they have to up their game. The team have looked extremely focused and determined since arriving in Sochi. Joachim Low is not the sort for radical changes and so is likely to only make a few tweaks against Sweden. - Steffen Potter with Germany

When they arrived for this World Cup, Sweden did not expect much from this match against Germany. However, going top of the group by defeating Korea Republic, having first seen the world champions stumble against Mexico, has given them new hope ahead of this encounter. The Swedes will be banking on the defensive solidity that has helped them go unbeaten in World Cup group action since 1990. - Alexandra Jonson with Sweden

Did you know?
Of all the group matches that will take place at Russia 2018, Germany-Sweden is the fixture with the most history. The two countries have faced off a total of 36 times: Germany lead the head-to-head 15-12, with the other nine meetings having been drawn. The World Cup record makes for even better reading for Die Mannschaft, who have won three of the encounters at the tournament and lost just the one. 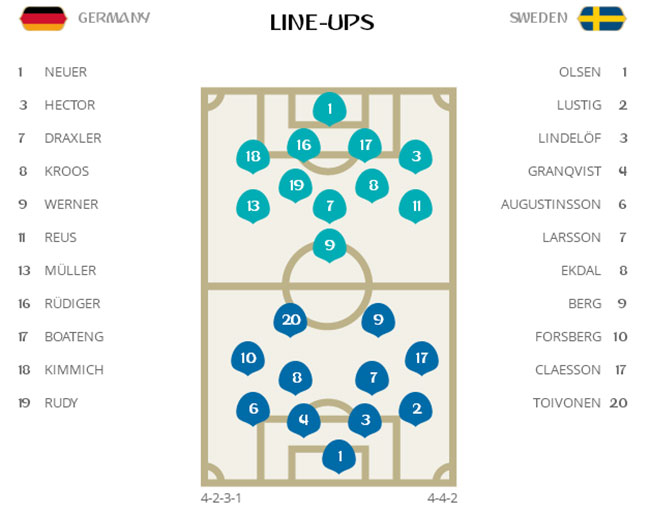 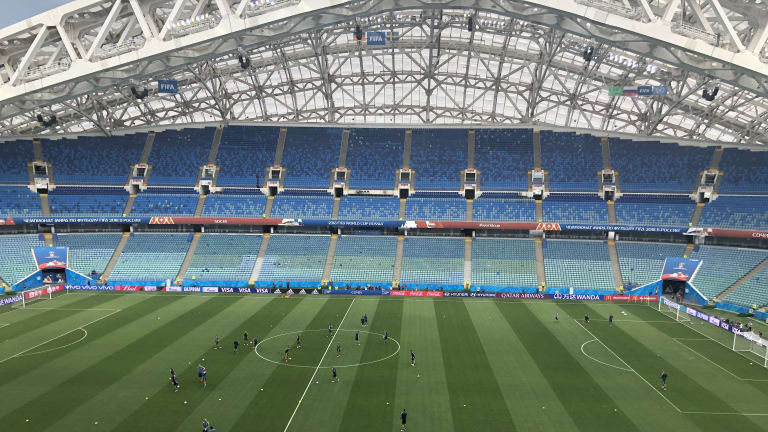