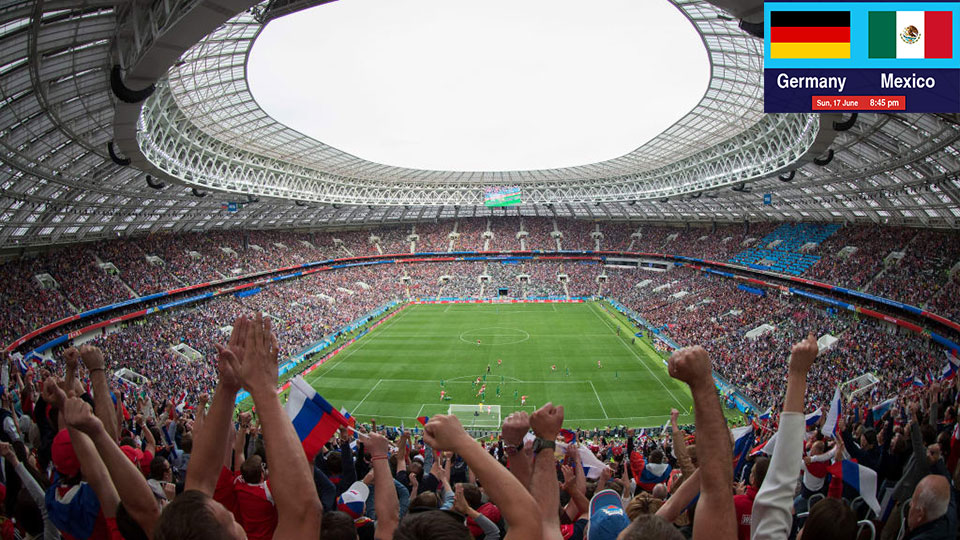 Much has changed since Germany’s last FIFA World Cup appearance. A raft of experienced players retired from the international fold for the four-time champions and the youngster who scored that priceless Maracana winner – Mario Gotze – did not make the final 23 for Russia.

While change has been forthcoming for Germany, two things have remained stable: success and Joachim Low. Die Mannschaft breezed through World Cup qualifying, winning ten out of ten, scoring 43 and conceding just four, and lifted the FIFA Confederations Cup last year with a youthful squad, while Low recently penned a contract until 2020.

On the way to that latter title, Germany saw off Mexico, who have themselves grown under the tutelage of Juan Carlos Osorio, in charge since 2015. The Colombian coach will look to avenge the 4-1 defeat in Sochi last year after steering Mexico comprehensively through World Cup qualifying – they lost just once in 16 games, the sole defeat coming after their passage to Russia had already been confirmed.

Team reporter analysis
The holders open their tournament against possibly the strongest opponent in Group F and are well aware of the challenge that lies ahead. Germany's line-up poses some tough questions for Low, and he has said that Julian Draxler will start, likely joining Mesut Ozil at the expense of Marco Reus. They will be hoping for a repeat of 2014, when they comfortably beat highly-rated Portugal 4-0 in their opener. - Steffen Potter with Germany

Mexico know they are not favourites, but a good performance would be a strong statement to start the World Cup. If they manage to draw it would be taken as a superb result, given that Germany won 4-1 in their last encounter. Coach Juan Carlos Osorio and the players have stated they are up to the challenge and are not afraid. Let’s see if that translates into a strong performance on Sunday. - Martin Langer with Mexico

Did you know…?
Germany have averaged 3.5 goals per match in their opening games of the World Cup since they last lost an opener – 36 years ago against Algeria. It took Mexico 56 years to win a World Cup opener – their victory coming at the ninth attempt on home soil at Mexico 1986.

KMC to run free ambulance service during Dashain
56 minutes ago