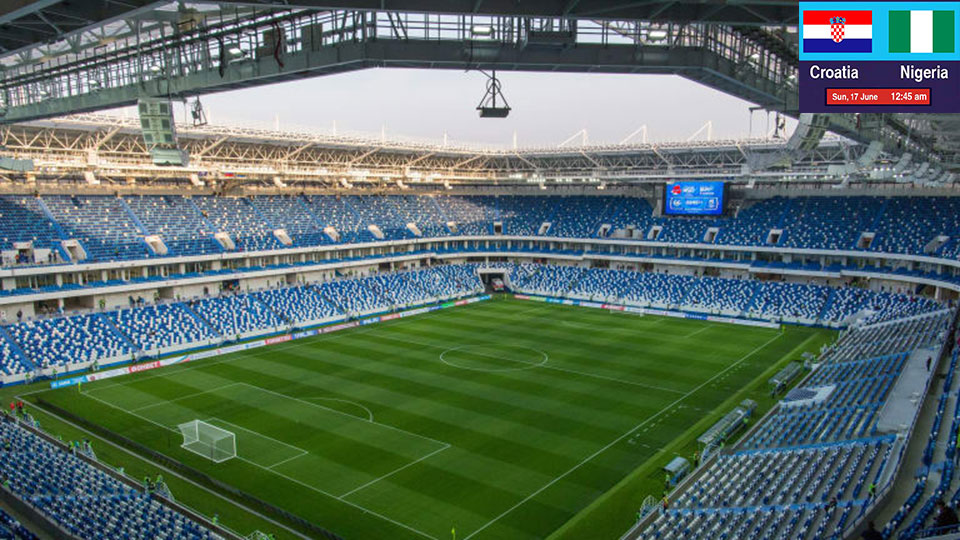 Respectively knocked out in the group stage and Round of 16 four years ago, Croatia andNigeria open their 2018 FIFA World Cup Russia campaigns against one another in Kaliningrad on 16 June. The first meeting between the countries promises to be a cracker.

Considering the calibre of the four teams involved, fortune is likely to favour the brave in Group D. Moreover, Croatia and Nigeria are equally accustomed to playing on the front foot, so both are sure to take the initiative with a view to kick-starting their campaign. As a result, entertainment looks guaranteed.

Croatia can take heart from their only World Cup match against an African country to date. That was at Brazil 2014, where the Vatreni put four goals past Cameroon without reply to record what was their last victory on the global stage.

However, the Super Eagles can also draw on fond memories, in their case of their most recent encounter against Balkan opposition. Their sole win in their last six World Cup meetings with UEFA representatives came against none other than a nation from the former Yugoslavia: a 1-0 success against Bosnia-Herzegovina four years ago.

Team Reporter Analysis
The atmosphere at the Croatia camp in Roshchino had been light-hearted, but a sense of quiet focus has taken hold in recent hours. The time has come for this golden generation of Croatian footballers to shine. There remains some uncertainty among fans and journalists regarding how the team will line up, leading to a frenzy of speculation. The main question marks hang over the left-back spot, although Ivan Strinic is being tipped to get the nod, and the role that will be handed to the versatile forward Andrej Kramaric.- Vjekoslav Paun with Croatia

After their recent friendly defeats by England and Czech Republic, the Nigerians' confidence has taken a hit ahead of their opening fixture of the competition. However, they are hopeful of bouncing back and banishing any doubts from the outset, mindful that three points against Croatia – who are favourites on paper – would leave them well on course to progress from what is a very tough group.- Samuel Usman Audu for Nigeria

Did you know?
Attacker Odion Ighalo is primed to start for the Super Eagles and to make his World Cup debut in the process. That's not a bad way to celebrate his birthday, as he will be turning 29 on the day of the match.

Political practice of the past one and a half decades has established the inevitability of course correction: Former King Gyanendra Shah (With video)
2 minutes ago