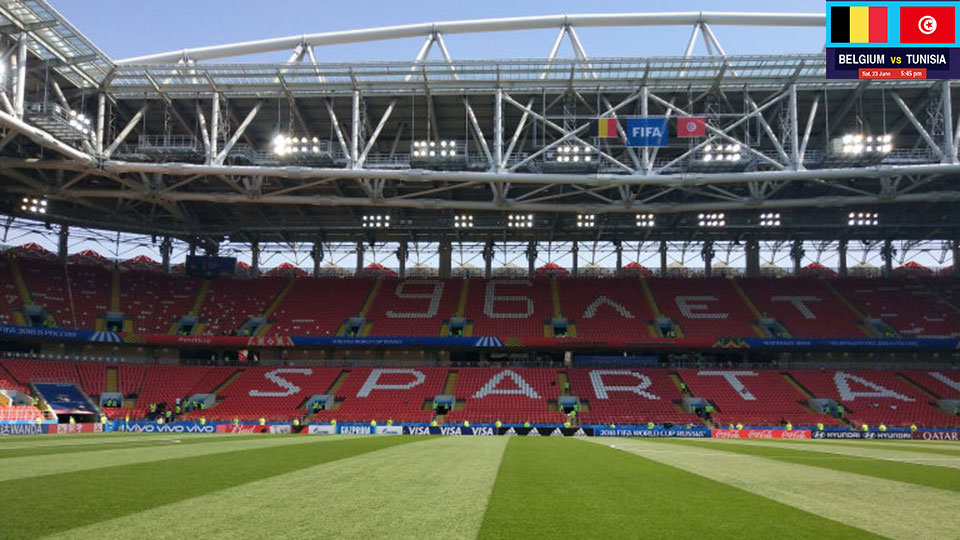 Coming off a convincing 3-0 win over Panama in their opening match, Belgium will look to secure their place in the knockout stages of the 2018 FIFA World Cup Russia  when they meet Tunisia in Moscow on Saturday.

Red Devils striker Romelu Lukaku shone with a brace against World Cup debutants Panama and he is expected to play a big role for his team at Russia 2018.

The Carthage Eagles, on the other hand, are looking to bounce back after a late 2-1 defeat to England in their opening match. Having defended for much of their opening match against the Three Lions, the Tunisians will need to show more attacking intent, if they are to move beyond the group stage at these world finals.

This will be the second World Cup meeting between these two teams after they played out a 1-1 draw at Korea/Japan 2002.

Team reporter analysis
Belgium expect to be up against a defensive Tunisia, who will rely on quick counter-attacks. Coach Roberto Martinez will probably stick with the same game plan he used against Panama, asking his players to pay specific attention to dead ball situations, as many goals have been scored in this manner at this World Cup. The Red Devils intend to apply pressure from the start for them to make the difference as quickly as possible. - Simon Massart with Belgium

Tunisia are a lot more upbeat now, a few days on from their late defeat to England. But this World Cup is over for injured goalkeeper Mouez Hassen, so Farouk Ben Mustapha will feature against Belgium. Oussama Haddadi will also play at left-back ahead of Ali Maaloul. Coach Nabil Maaloul has worked on correcting the mistakes against England and the target is to win against the Belgians. - Tarik Kadri with Tunisia 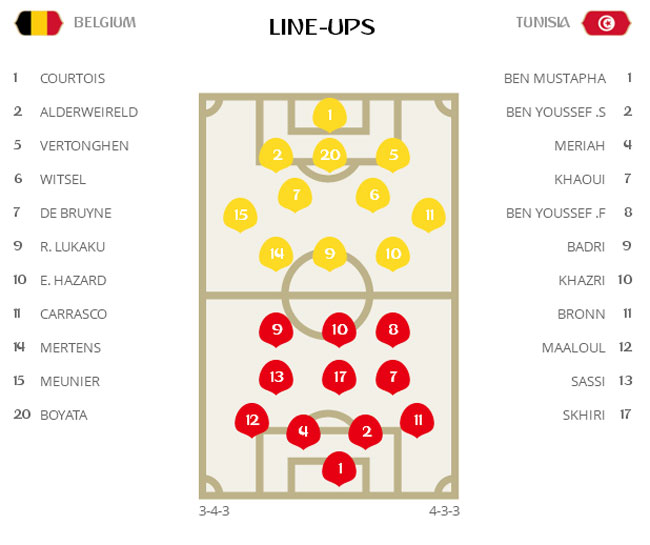