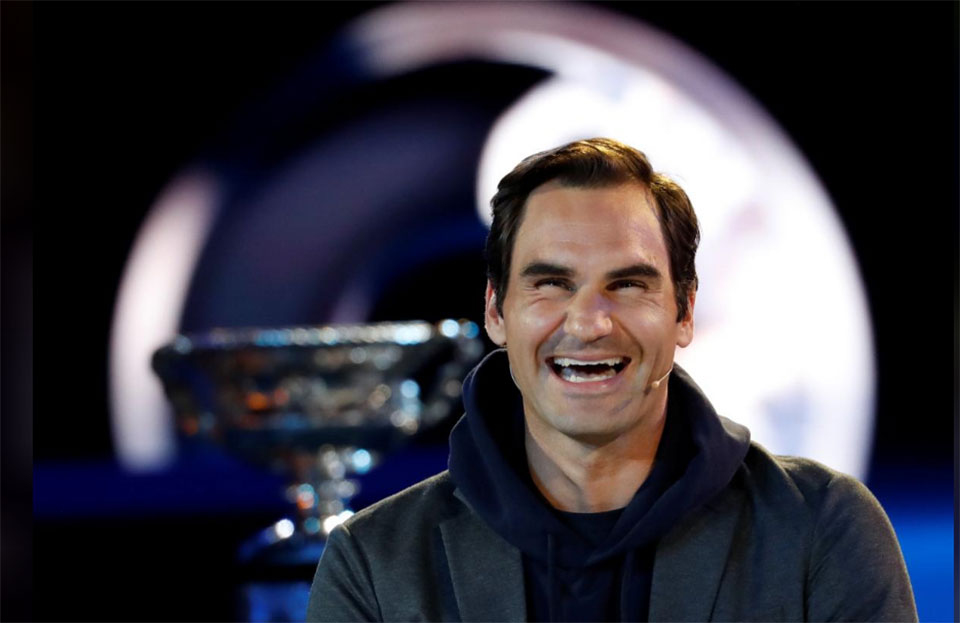 MELBOURNE, Jan 10: Double defending champion Roger Federer will start his bid for a hat-trick of Australian Open titles next week against unseeded Uzbek Denis Istomin, who caused a huge upset when he defeated Novak Djokovic in the second round two years ago.

The draw for the first Grand Slam of the season was made on Thursday and the top seeds could face some early tests of their title credentials when play gets underway on Monday.

The six-times Australian Open champion Federer, who beat Marin Cilic in last year’s final, could meet the Croat in the quarter-finals, should the Swiss come through a potentially tricky fourth round against Greek prospect Stefanos Tsitsipas.

The 37-year-old, seeded third, is bidding to extend his all-time leading men’s Grand Slam record to 21 title and would capture a 100th ATP tournament win in the process.

“I always have tried to remind myself that this is a dream,” Federer said of his longevity at the draw ceremony held at Margaret Court Arena, where he discovered the world number 99 would be his opening opponent.

Men’s top seed Djokovic, who was defending his title when he lost to Istomin, will first meet a qualifier in his bid for a record seventh Melbourne title and third Grand Slam crown in succession following wins at Wimbledon and the U.S. Open.

Serb Djokovic could then play a rematch of his 2008 final triumph over Frenchman Jo-Wilfried Tsonga in the second round, with a possible quarter-final against Kei Nishikori to follow.

Second seed Rafa Nadal, under an injury cloud after pulling out of the Brisbane International, will open against unseeded local James Duckworth.

Last year’s semi-finalist Kyle Edmund looms as a possible fourth-round match-up for the Spaniard, who could then face big-serving Kevin Anderson in the quarter-finals.