Federalism is at risk as only center holds authority to enact new law throughout country: Bimal Koirala 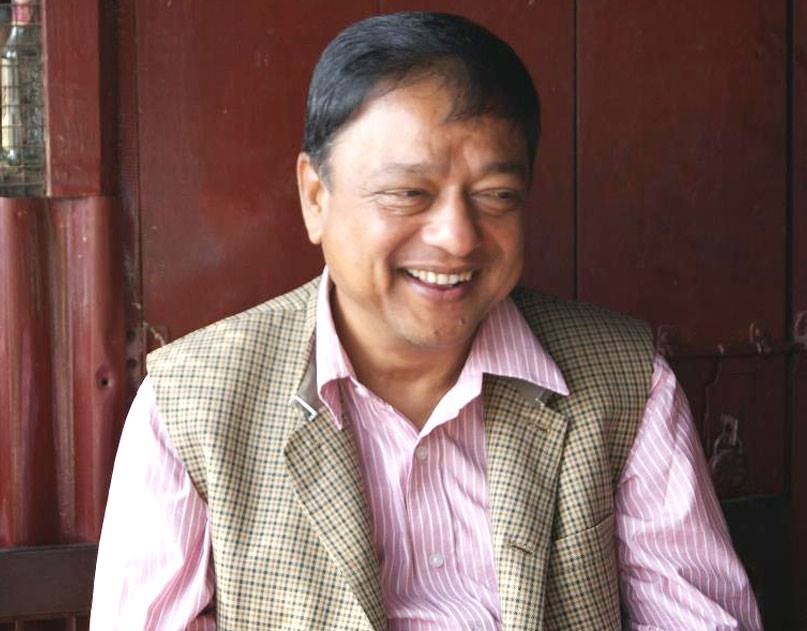 Nepal is exercising the federalism after the conclusion of the three-level elections- local, provincial and federal parliamentary.

A lot of works are yet to be done before putting the new structure in place. The proper allocation of revenue and mobilization of means and resources of the state is uncertain until the financial commission is formed.

There are still not clear-cut guidelines regarding how the provinces and local units will discharge their functions and jurisdictions laid down in the constitution.

As things standby, it seems that only the central government will remain all-powerful, contradicting with the principle of the federalism.

Dr Bimal Koirala, who is well-experienced with the behavior of the leaders who are hell-bent on making people work in their favor either by threatening or political influence, suspect whether they will improve their behavior in the days to come.

Dr Koirala, who had been promoted to the post of chief secretary from finance secretary, is now an advisor at the financial sector.

Koirala, who was the student of Economic Planning and Strategy, has talked to Shree Ram Paudel on the existing structure and resource mobilization.

How can we mobilize means and resources in the changed context?

A three-tier governing system has been adopted in Nepal. The sectors requiring a huge amount of means and resources have been kept under the purview of the center.

A commission has been envisaged to look after the natural resources, means and finance. This constitutional commission should have been formed one year ago. This is yet to be formed.

This commission will calculate the natural means and resources and the royalty generated through them and will appropriate it scientifically through the formation of a mechanism.

This mechanism will appropriate the resources without discriminating provinces and local units.

The central government should provide resources with a condition and without condition.

The grant should not be provided with condition and order. If done so, it will impact on the autonomy of the local units.

The constitution has laid down provisions regarding the mobilization of provinces and local units.

You expressed reservations saying that federalism will be costly, the financial commission has not been formed and the local units not prioritized. You have also said that the local units should be allowed to mobilize resources for the effective utilization. Will things happen as expected?

The resources might be misused due to lack of experience at the start. The center thinks that the local government lacks skills and experiences.

We should invest in the capacity building of the local governments until they will be able to handle the means and resources independently.

There will be three types of governments that have their own importance. We should give up our attitude that the parliamentary leader is superior to the provincial or local one.

Then what could be the solution?

How could the concept of federalism be implemented when the budget to run the offices of local units are decided by the center?

Difficult! We hesitate to provide rights with means and resources. The local units, of course, lack, skills and experiences, we should assist. The center should keep monitoring and provide them with technical assistance.

If we could build infrastructures in the local units with participation from all sides, the basis for the federalism will be created within four years. It will be the investment for both the local units and as well as provinces.

And this capital should be used in democracy and its dividends should be shared equally among the destitute, marginalized and people in general.

The other problem might arise if the local people did not realize the service despite having the basis of federalism.

The service will continue, though, in a traditional manner. The government staffers and political representatives will keep providing services as usual.

This should be improved with the maximum participation of the locals.

What kinds of jurisdictions of the local units will be curtailed given the existing mindset of the center?

The center is likely to be dominant when it comes to power since it reserves right to enact law and enforceit across the country.

The central government is strong given the structure of our bureaucracy. There is a growing attitude in the center that the center is all powerful and can mobilize the provincial and local units. It should be given up.

How can we empower the local units?

The fund should be provided to the local units as per the law. The center should not intervene in the jurisdiction of the local units and invest in the capacity building of the units. If done so, the local unit will be able to run on its own in the next four years.

You talked about possible hurdles due to bureaucracy, what about the politicians?

Of course, it does, which could be seen during the election as well. ‘Heavyweight’ leaders have chosen House of Representatives whereas new faces have registered their candidacy for the provincial elections. Local area politicians are limited to local levels. The bourgeois traditions are creating different level instinctively in the country. Knowingly or unknowingly, a hierarchy is being created. To eliminate this hierarchy, the country has accepted the federalism but it has created more distance. This is the serious matter. Ignoring the level indifference, the top leaders should have contested in the provincial race. However, the candidates with the low political profile are racing for a provincial election. It has already a disparity in the politics.

That means the infrastructure to transfer the means and sources in the center to the lower level will not be created?

No, such type of infrastructure could not be seen to be created. The candidates of the elections cannot make it possible.

Leaders threaten or influence bureaucracy to get their work done. They keep displaying their political power. The government will keep interfering in more if there is a long delay in constituting the financial commission. Once the government commences allocation financial sources and mechanism, it will be difficult to determine the new concept. If the commission was established last year then it would have been easy to work independently. Now the government will get in the way and nepotism will hover around. It is not worthy to expect changes in the country in this context.

The Finance Ministry itself mobilizes the financial sources in the absence of the financial commission. National Planning Commission failed to take initiation for the task assignment. There is some group highlighting the importance of planning commission for development projects whereas it could be a topic for discussion on its relevance.

(Based on the conversation in Nagarik Manch program of Radio Nagarik)

Lack of preparation for federalism is reason for dispute: Leader Koirala

In remote Indian village, cannabis is its only livelihood

INDIA, Dec 4: For hundreds of years, the tiny village was just a speck lost amid the grandiose mountains of... Read More...