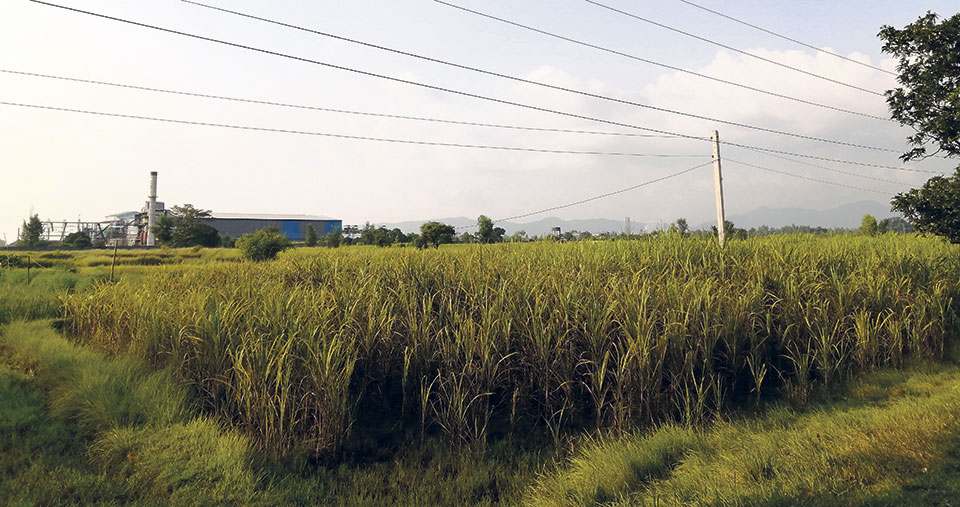 SIRAHA, Oct 21: Farmers who sold sugarcane to Himalaya Sugar Mills situated in Naraha Rural Municipality-3 of Siraha district are yet to receive payment of Rs 8.5 million.

In the last fiscal year – FY2018/19, total 6,862 farmers had sold sugarcane to the mill. But they have not yet received the payment for it that was supposed to come from the government as subsidy.

According to District Treasury Controller’s Office in Siraha, sugarcane farmers still need to get Rs 84,167,000 as grant from the government but the amount is not released by the concerned ministry. The money will go into the farmers’ account if it is released by the ministry, according to Radhe Shyam Giri, head of the office.

For the government grant, farmers are making frequent visits to the sugar mill. Farmers from Siraha, Dhanusha, Sarlahi, Saptari, and Mohattari districts had sold 1,289,326 quintal sugarcane to the mill in the last fiscal year, according to statistics. According to an agreement between farmers, sugar mills, and the government, the price of sugarcane was decided at Rs 536.64 per quintal, of which sugar mills would provide Rs 471.28 a quintal and government would provide Rs 65.36 a quintal as grant.

Jahid Ansari, a farmer based in Sarlahi, complained that the mill paid its share on time but the grant from government is yet to arrive. Last year, he had sold 6,000 quintal sugarcane. “While farming, we have to pay in cash for labor, fertilizers and other expenses. But we are compelled to sell our product in credit,” he said, “I got my money in six months from the mill, but the grant from the government is yet to arrive.”

According to him, getting the grant is a lot of hassle. “I started farming by leasing the land. I am left with no money, and yet I have to wait for my due payment.”

According to Awadh Kishor Yadav, general manager of mill, all details of sugarcane farmers have been sent to the treasury office and the District Administration Office in Siraha.

“The mill has already made the payment in June this year. Farmers visit us time and again as they have not received their grant from the government,” he said, “If they are provided the grant on time, then it would create a good environment to attract farmers in sugarcane farming.” According to Gopal Kumar Adhikari, Chief District Officer, details of sugarcane farmers provided by the mill are already sent to the Ministry of Agriculture and Livestock for release of the grant money.

SUPPLY OF SUGARCANE INSUFFICIENT
Himalaya Sugar Mills requires 25,000 quintal of sugarcane on a daily basis. But there is short-supply, and the mill is worried. The present supply is sufficient only for 100 days, according to mill
officials. “To increase production, there needs to be more farming, and for that, farmers need payment on time,” said Yadav, “Grant from the government and other supports in terms of fertilizer, pesticides and equipment used in farming will encourage farmers towards sugarcane farming.”

According to Yadav, farmers who co-ordinate with mills are provided two sacks of half-half quintal SSP fertilizer per bigha, those who have access to road get one sack of half quintal urea, medicines for treatment of seeds are freely provided.

For more than two weeks sugarcane farmers from Tarai staged protests in Kathmandu against mill owners until the government signed... Read More...

SIRAHA, Aug 25: Karidevi Yadav, who had gone missing 16 days ago, has been found murdered at Nahara rural municipality-1... Read More...

Gold price increases by Rs 500 per tola
10 minutes ago