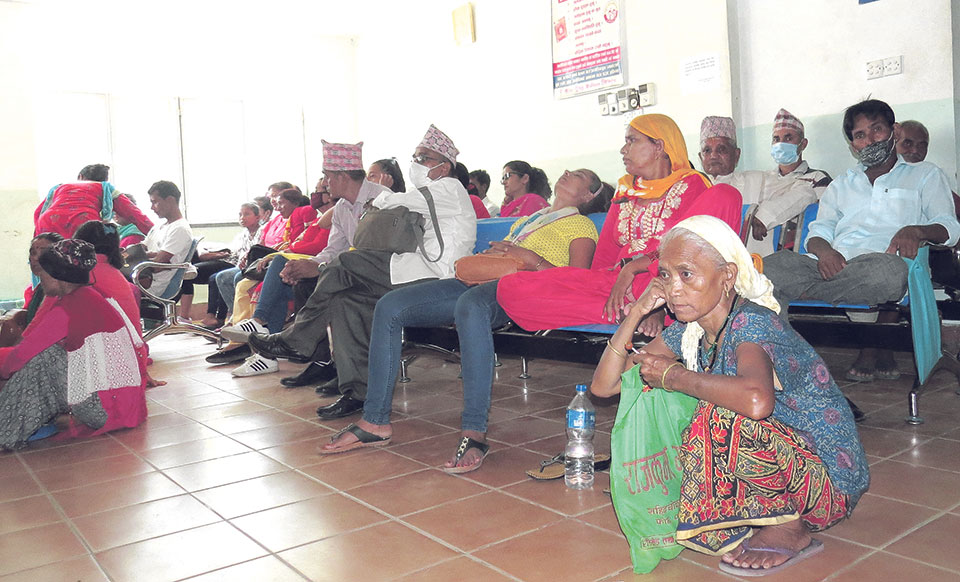 CHITWAN, Jan 25: Among those who come for treatment of cancer, farmers are found to be very numerous, according to a recently published report of the National Cancer Registry which covers a period of 10 years.

“This is only preliminary information based on doctors' inquiries about the occupation of  patients. So we cannot  say categorically that people with farming  as their occupation are more vulnerable to cancer,” said Bhola Shivakoti, chief of Cancer Research, Prevention and Control Department at the BP Koirala Memorial Cancer Hospital here.

The report published on Wednesday has analyzed  data from 2003 to 2012. A total of 56,013 patients had sought cancer treatment during that period. About 37 percent of the total (20,953 patients) named farming as their occupation.

People actively involved in  minimizing the incidence of cancer and its effects have demanded further investigations into the link between cancer and agriculture as an occupation.

The use of pesticides is said to have contributed to the high incidence of cancer among farmers. A study conducted by the Agriculture and Forestry University in Chitwan  in 2014 has shown that pesticide use in farming can cause cancer.

The study carried out by Prof Minraj Pokharel found that farmers use excessive amounts of pesticides on their crops.

“About 77 percent of the farmers showed knowledge regarding the harmful effects of pesticides. Yet, a majority of them were reluctant to take safety measures while using pesticides,” said Pokharel. “That is why they are venerable to the negative impacts of pesticides on health.”

Many farmers showed a lack of knowledge about when to  harvest crops cultivated with the help of pesticides, he added. “About 92 percent of farmers pluck their yields without waiting for the recommended period of time to lapse after pesticide spraying. They also sell vegetables cultivated with pesticide use before the recommended time lapse. This also leads to severe impact on health,” Pokharel further added.

He  said he had studied six commercial vegetable markets in Makwanpur and Parsa districts. “I  had direct interactions with 60 male and 60 female farmers, 30 consumers and 12 pesticide sellers for this research.”

He urged  further investigations into the link between farming practices and life-threatening cancers.

CHITWAN, July 15: A study conducted by the Agriculture and Forestry University in Chitwan has found that pesticide is being used... Read More...

Cancer patients likely to get additional monetary assistance from government

Two arrested for raping and murdering a minor
37 minutes ago