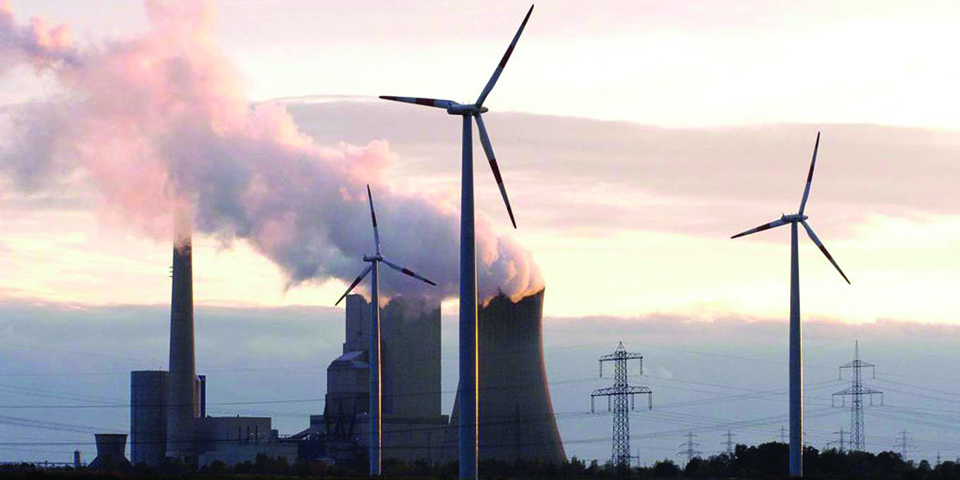 STANFORD – Around the world, ever more countries and regions are promising to stop emitting carbon dioxide sometime in the future. The European Union is winning plaudits from green activists for aiming to be “carbon neutral” by 2050. Cities from Adelaide to Boston to Rio de Janeiro are announcing similar goals, with Copenhagen saying it will get there already in 2025.

Such promises should be greeted with a healthy dose of skepticism. Copenhagen, for example, will likely miss its target, even after spending twice the planned cost of going carbon neutral. In fact, we can learn a lot about the emptiness of these promises—and how governments fiddle with their emissions numbers—by examining the little-known story of one of the first countries that vowed to achieve zero emissions.

This was New Zealand. In 2007, a year before she left office, then-Prime Minister Helen Clark set out her vision for the country to become carbon neutral by 2020. The United Nations duly hailed her as a “Champion of the Earth.” But cutting carbon is not as simple as gaining attention.

The latest official statistics show that New Zealand’s total emissions will actually be higher in 2020 than they were when Clark set her carbon-neutrality goal. And there has been an “increasing trend” in emissions since 1990, as the government itself admits. Yet successive administrations have consistently trumpeted climate success, by relying on what authoritative assessments charitably call “creative accounting.”

Under the 1997 Kyoto Protocol, New Zealand promised to reduce emissions to 1990 levels by 2008-12. Although much less ambitious than Clark’s vision a decade later, the Kyoto pledge still entailed a meaningful cut of almost 13 percent.

But reducing emissions is hard, because it leaves countries worse off. Emissions are largely byproducts of productivity, and curtailing them implies higher costs. So when 2008-12 arrived, New Zealand’s annual emissions had actually increased by more than 20 percent since 1990. Despite this, the country’s climate change minister claimed, “New Zealand meets Kyoto climate target.”

How? From 1990-2002, New Zealand’s private forest plantations increased by more than 1.4 million acres. Although not planted for climate purposes, these trees soak up carbon dioxide. New Zealand successfully negotiated to include this specific emission offset in its overall figures, neatly balancing the actual increase. For safety’s sake, the country also bought lots of foreign offsets, including highly dodgy ones from Russia and Ukraine.

But growing forests also reduced New Zealand’s emissions in the comparison year of 1990. If we—more honestly—include the impact of forests and land use on emissions across the entire period from 1990 to 2008-12, the country’s net emissions during this period actually increased even more, by 38 percent.

These days, New Zealand is promising to cut its emissions to five percent below 1990 levels by 2020—still 95 percent away from Clark’s earlier target. Real emissions in 2020 will in fact be more than 23 percent above 1990 levels. But by continuing to include the forest effect and the other leftover offsets from Kyoto, the government is already projecting that it will achieve its goal.

This tells us two things. First, when it comes to climate change, the important thing is to look like you are doing something. Countries that manage that can get away with massaging the data.

The 2015 Paris climate agreement is a great example of this. Countries made a grandiose commitment to keep the global increase in temperature well below 2°C above pre-industrial levels, but all their promises together add up to less than one percent of what’s needed. New analysis shows that only 17 countries—including Algeria and Samoa—are actually meeting their commitments, in most cases because they promised very little. The second lesson is that because honest and deep carbon cuts are staggeringly hard, achieving carbon neutrality anytime soon is an empty ambition for almost every country.

Strip away the statistical legerdemain, and New Zealand will be a whopping 123 percent off Clark’s vision of zero emissions in 2020. Current Prime Minister Jacinda Ardern now promises to achieve carbon neutrality by 2050. That’s three decades later—but it won’t happen by then, either.

A government-commissioned report by the respected New Zealand Institute of Economic Research (NZIER) shows that just reducing emissions to 50 percent of 1990 levels in 2050 would cost NZ$28 billion ($19.2 billion) annually by 2050. For a country like New Zealand, with a population the size of Ireland or Costa Rica, that’s a big deal, about what the government spends now on its entire education and health-care system.

And that’s only the cost of getting halfway to the carbon-neutrality target. According to the NZIER report, getting all the way will cost more than NZ$85 billion annually, or 16 percent of projected GDP, by 2050. That is more than last year’s entire national budget for social security, welfare, health, education, police, courts, defense, environment, and every other part of government combined. The report says Kiwis would need to accept a carbon tax of almost NZ$1,500. This is equivalent to a gasoline tax of NZ$3.50 per liter.

Other countries aiming for carbon neutrality face similarly eye-watering costs. The main economic models assessing the EU plan to reduce emissions by “merely” 80 percent by 2050 show average costs of $1.4 trillion per year. And Mexico’s pledge to cut emissions by just 50 percent by 2050 will likely cost 7-15 percent of GDP. Climate campaigners may cheer today, but these policies will be abandoned when voters start feeling the pain.

We need to move away from a response to climate change that relies on stirring but undeliverable promises of carbon neutrality. Rather than forcing the rollout of currently inefficient green energy, governments should invest much more in research and development to make it cheaper for the future. Feel-good promises are easy politics, but they don’t actually help the planet.

Bjørn Lomborg, a visiting professor at the Copenhagen Business School, is Director of the Copenhagen Consensus Center. His books include The Skeptical Environmentalist, Cool It, How to Spend $75 Billion to Make the World a Better Place, The Nobel Laureates’ Guide to the Smartest Targets for the World, and, most recently, Prioritizing Development.

Doom and gloom distort our worldview and can lead to bad policies. The future is bright, and we need smart... Read More...