Exports via Nepalgunj customs down 62% 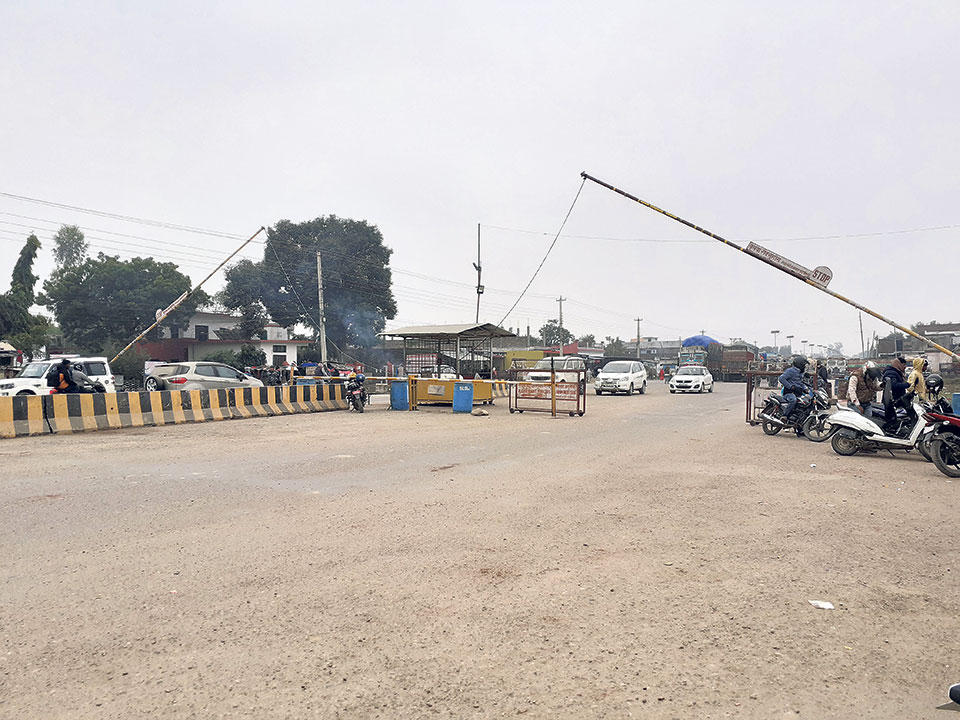 NEPALGUNJ, Jan 19: According to the Nepalgunj Customs Office, the export of goods and products from Nepal to India has declined by 62% as of mid-January of the current fiscal year 2019/20.

Shantiram Niraula, chief of Nepalgunj Customs Office said that the export to India has decreased by 62% and the import from India has also declined by 15%.

“The export has decreased by 62% this year and the import has also decreased by 15%,” he said, “The economic slowdown in India might have hampered this side as well.” He further added that due to the deceleration in export and import of goods, collection of revenue has also been affected as well.

According to customs officials, the import of goods has decreased because the government has implemented strict measures in customs valuation. “Petroleum products are imported the most from this border point which has 45% share of our revenue followed by rice,” he told Republica, “Nepal Food Corporation and World Food Programme (WFP) also import rice from this border point.” Similarly, potatoes, industrial machinery goods, tractors and other manufacturing goods are imported from the Nepalgunj border point.

From the Nepali side, export of herbs to India is a major source of revenue, followed by pine resin, iron scrapes, turpentine oil, soapberry, dried ginger, ginger, ghee and other spices, according to the customs office. Niraula said that the export of Nepali goods to India dropped because India had earlier halted export of goods from Nepal. “India eased the export only after mid-November before which the export was stopped for 4/5 months, and the goods could not be sent out of the country because of many reasons,” he added.

Entrepreneurs are incurring losses of millions of rupees and the government's revenue collection has also been affected because the herbs are not being exported to India as per the demand of the customers, according to Ansari.

He added that there are problems in export of herbs because the North Provincial government of India has listed some herbs while ignoring others when issuing transit permit to Nepali exporters.

Is the 8.5 pc growth target achievable?

KATHMANDU, Feb 23: Upbeat with the economic growth rate in the last three years which remained higher than an average... Read More...

Tens of thousands strike in India as slowdown hits jobs

NEW DELHI, Jan 8: Tens of thousands of workers affiliated to trade unions led a strike in parts of India on... Read More...