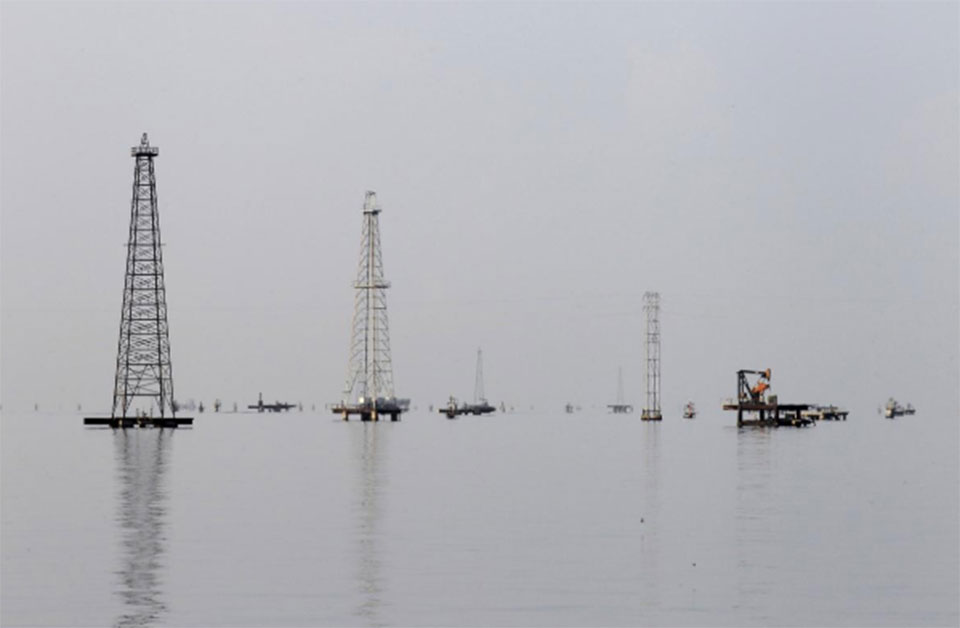 Pumpjacks are seen in Lagunillas, Ciudad Ojeda, in Lake Maracaibo in the state of Zulia, Venezuela December 22, 2015. REUTERS/Isaac Urrutia

SINGAPORE, March 25: Oil prices slipped on Monday, with concerns of a sharp economic slowdown outweighing supply disruptions from OPEC’s production cutbacks and from U.S. sanctions on Iran and Venezuela.

U.S. West Texas Intermediate (WTI) futures were at $58.69 per barrel, down 35 cents, or 0.6 percent, from their previous settlement.

Both crude oil price benchmarks have slumped by almost 3 percent since last week hitting their highest since November 2018.

Concerns about a potential U.S. recession emerged Friday after cautious remarks by the U.S. Federal Reserve caused 10-year treasury yields to slip below the three-month rate for the first time since 2007.

Historically, an inverted yield curve - where long-term rates fall below short-term - has signalled an upcoming recession.

“Estimates for growth and earnings have been revised down materially across all major regions,” said U.S. bank Morgan Stanley.

ANZ bank said the darkening economic outlook “overshadowed the supply-side issues” the oil market was facing amid supply cuts led by producer club OPEC as well as the U.S. sanctions on Venezuela and Iran.

The Organization of the Petroleum Exporting Countries (OPEC) and non-affiliated allies such as Russia, together referred to as ‘OPEC+’, have pledged to withhold around 1.2 million barrels per day (bpd) of oil supply this year to prop up markets, with OPEC’s de-facto leader seen to be pushing for a crude price of over $70 per barrel.

Induction stove an alternative for people during lockdown
20 hours ago
NA plane departs for Guangzhou, China to bring medical equipment
13 hours ago

'Medics at some private hospitals working without PPE'
21 hours ago

Amid shortage of PPE, National Innovation Centre begins its manufacturing in Bhaktapur
13 hours ago