Exhausted and on empty stomachs, youth demonstrators still refuse to give up on their motive

KATHMANDU, June 31: Just when the daylight was fading into dusk on Monday, Sudan Gurung was rushed to the Tribhuvan University Teaching Hospital, Maharajgunj. On a hunger strike for four consecutive days, without ingesting food or water, his body had become weak and it eventually flaked out. However, despite physical complications, giving up on the motive behind the strike wasn’t an option for Gurung – he stood firm and determined and continued with his hunger strike even when he was admitted to the emergency ward of the hospital.

The next day, on Tuesday, yet another participant of the Satyagraha - the name given to their hunger strike - 21-year-old Subhani Sijapati was also rushed to the same hospital. Just a few hours before she was hospitalized, Sijapati had a conversation with Republica where she had mentioned that her body was completely exhausted and could crumple anytime. 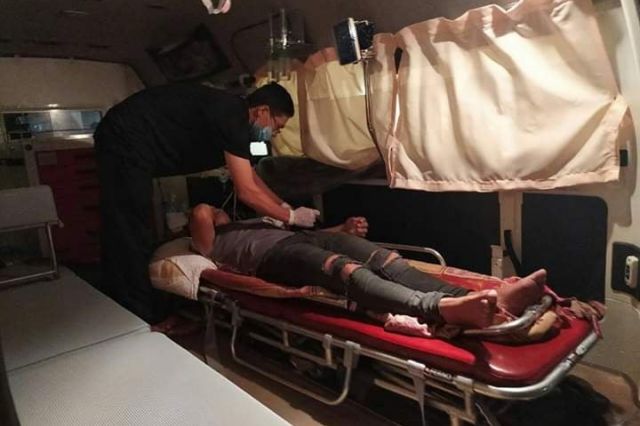 “We’re all very exhausted, but we won’t give up,” she had explained in an unstable voice. It was clear to notice that Sijapati’s vigor was pitiably weak by then, yet her spirits on the motive remained high and she refused to relinquish.

Gurung and Sijapati are two participants of the Satyagraha organized as a follow up of the ‘enough is enough’ campaign that started through social media platforms. The hunger strike underway since last Friday has a theme: ‘enough is enough: Satyagraha to save lives (a plea for truth to be heard).

Initiated by Iih, a social activist and also the admin of the ‘enough is enough’ group on June 26, few other youths have also joined the hunger strike by now. While Sijapati joined the same day it started, Gurung joined Satyagraha on the second day.

Five protestors including Iih and Sijapati were detained from Patan on their first day of their Satyagraha, however, they were released the next morning and they went back to the site, again.

Since the first protest on June 9 in Baluwatar, youths from all over the country have organized independent protests in various cities besides the Kathmandu Valley. The campaign that is solely to protest against the government's poor handling of COVID-19 has successfully stretched to places like Dhangadhi, Pokhara, Biratnagar, Hetauda, Palpa and Dang.

The campaign had started virtually through social media platforms where people from all across the country would utilize these groups as a platform for information and news related to the pandemic and discuss the government's poor handling of the situation.

Witnessing more number of people every day that connected through the group to actively discuss the contemptible way the government was trying to take over the situation, the movement then took the form of a mass protest, joined mostly by youths.

The first two protests in Baluwatar were vigorous where police baton-charged the peaceful protesters, used water cannons and lobbed tear gas shells to disband them. However, the protests that followed were relatively peaceful where the youths pledged their commitment to non-violence, physical distancing and safety precautions. 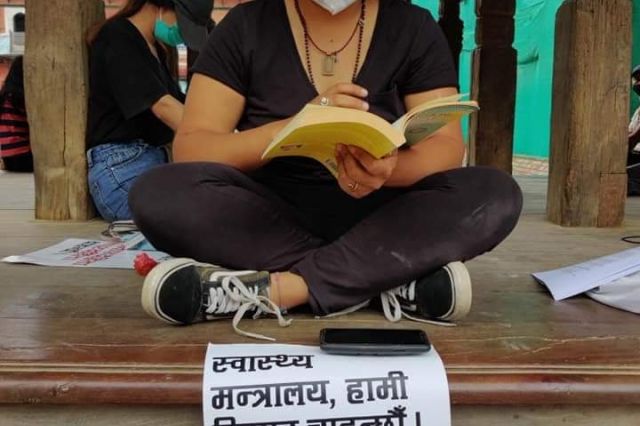 They have simple demands that include expansion of RT PCR testing and transparency in procurements of testing machines, rectification of quarantine strategy, transparency and accountability regarding COVID-19 related purchases and programs, increment in medical capacity and protection of frontline health workers.

“We appreciate that the government has tried to listen to our demands and attempted to make changes, however, trying is not enough and it still has to make myriads of changes to avoid a possible tribulation the nation should face in the coming days,” said Binod Deuba Thakuri, one of the active members of the group. 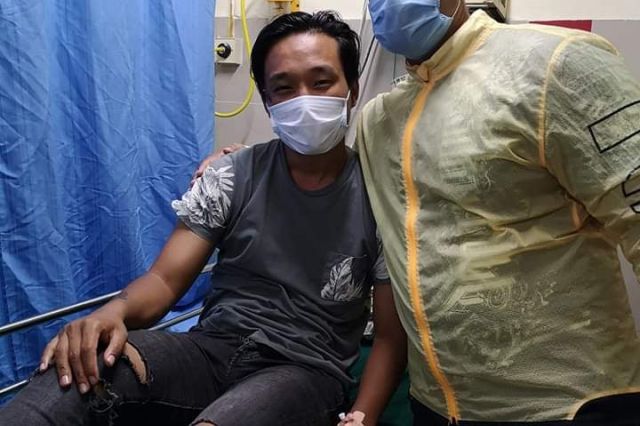 Thakuri who has been organizing the protests in Dhangadhi believes that these campaigns have worked to pressurize the government to work logically but it has not taken their demands seriously. “Adhering to safety precautions we have done everything possible to make this protest peaceful and organized. It’s high time for the government to listen to our demands before it’s too late to act,” he said.

According to Deuba, they haven’t been able to organize protests in Dhangadhi since the Kailali district has been witnessing an increase in coronavirus cases.

However, in Kathmandu, yet another protest was organized in Baneshwar on Tuesday. This time around, the protest saw a very small number of participants compared to the previous protests. But not just youths, some elderly people were also seen joining the protest.

When some youths were silently protesting lying down on the roads carrying posters and placards, 51 year old Umesh Adhikari joined them. Adhikari who described himself to be a retired officer was just passing through the way when he saw these youths silently protesting on a roadside. He knew about the youth-led protest but had no intentions to join in but he eventually joined them to assure his solidarity with the protestors and their motive. “I was moved to join in as these protests reflect the determination of our younger generation to compel the authorities to take sturdy action,” he said adding, “I just wanted them to know that people of my age also support this action.”

The same day a human chain was also formed by youths in Jhamsikhel, Lalitpur. 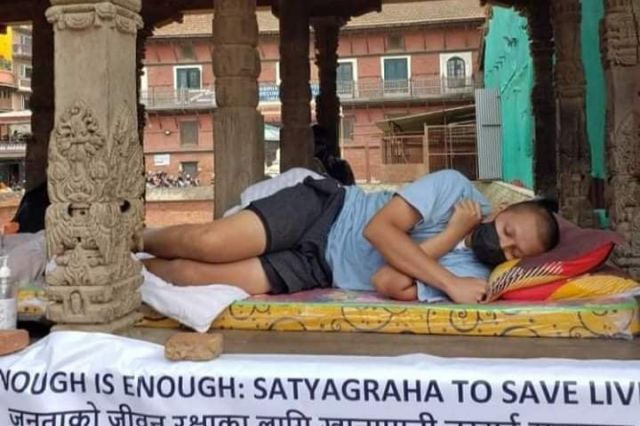 However, despite these constant efforts by youths standing up for the betterment of the nation, the government has constantly overlooked their demands. But, the youths haven’t given up their drive. On Tuesday, when Sijapati was having conversations with Republica Online in Patan, at the site of their Satyagraha, her voice was dim but somehow she managed to smile and said, “Although my body feels weak, I’ve managed to keep myself mentally strong. We want to make sure that our demands are not just heard but implemented in an effective way.”

KATHMANDU, August 5: Niharika Rajput, a single mother, has been detained by the police from Singha Durbar. The police arrested... Read More...

Police drag Dr KC out of ambulance, forcibly take him to Trauma Center

KATHMANDU, Sept 22: Dr Govinda KC who was brought to Kathmandu earlier Tuesday has been forcibly taken to the National Turma... Read More...

Universities should focus on producing manpower that can compete internationally: Prime Minister
39 minutes ago