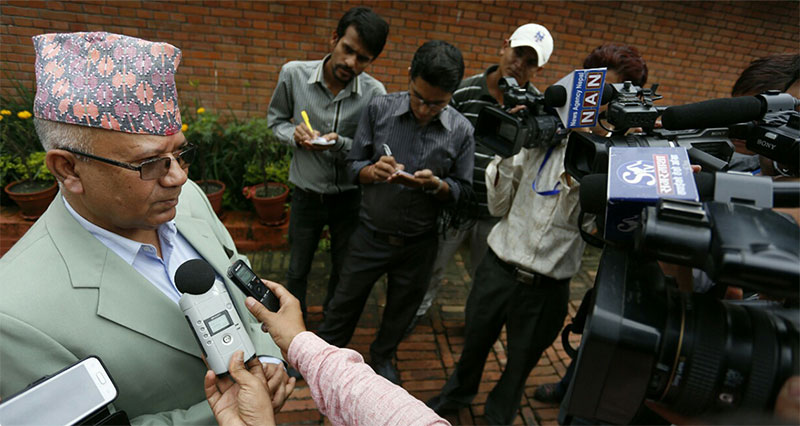 Dahal held a meeting with the former prime ministers of Nepal to garner advice on his upcoming India visit at his official residence in Baluwatar today.

In the meeting former prime ministers advised PM Dahal to expedite the bilateral ties and past agreements signed with the southern neighbor, taking the interest of Nepal and Nepali people in mind.

PM Dahal is embarking on a four-day official visit to India on Thursday.

This is Dahal’s first official visit to India after assuming office as Prime Minister.

Among which, one point suggested on prescribing new way of enrolling and emphasizing the economic growth.

“We should no longer beg from the foreigners for economic development. We should not focus on Line of Credit rather than grant assistance and bilateral trade relations. And this should be done with India too. In regards to big infrastructural projects, we should adopt a policy of constructing on our own through soft loan. Nepal should construct the much-talked Kathmandu-Nijgadh Fast Track by taking soft loan from India or other countries,” reads the point.

KATHMANDU, Aug 19: It is confirmed that Indian President Pranab Mukherjee will visit Nepal in the near future. ... Read More...