Entrepreneurs getting route permits with ease 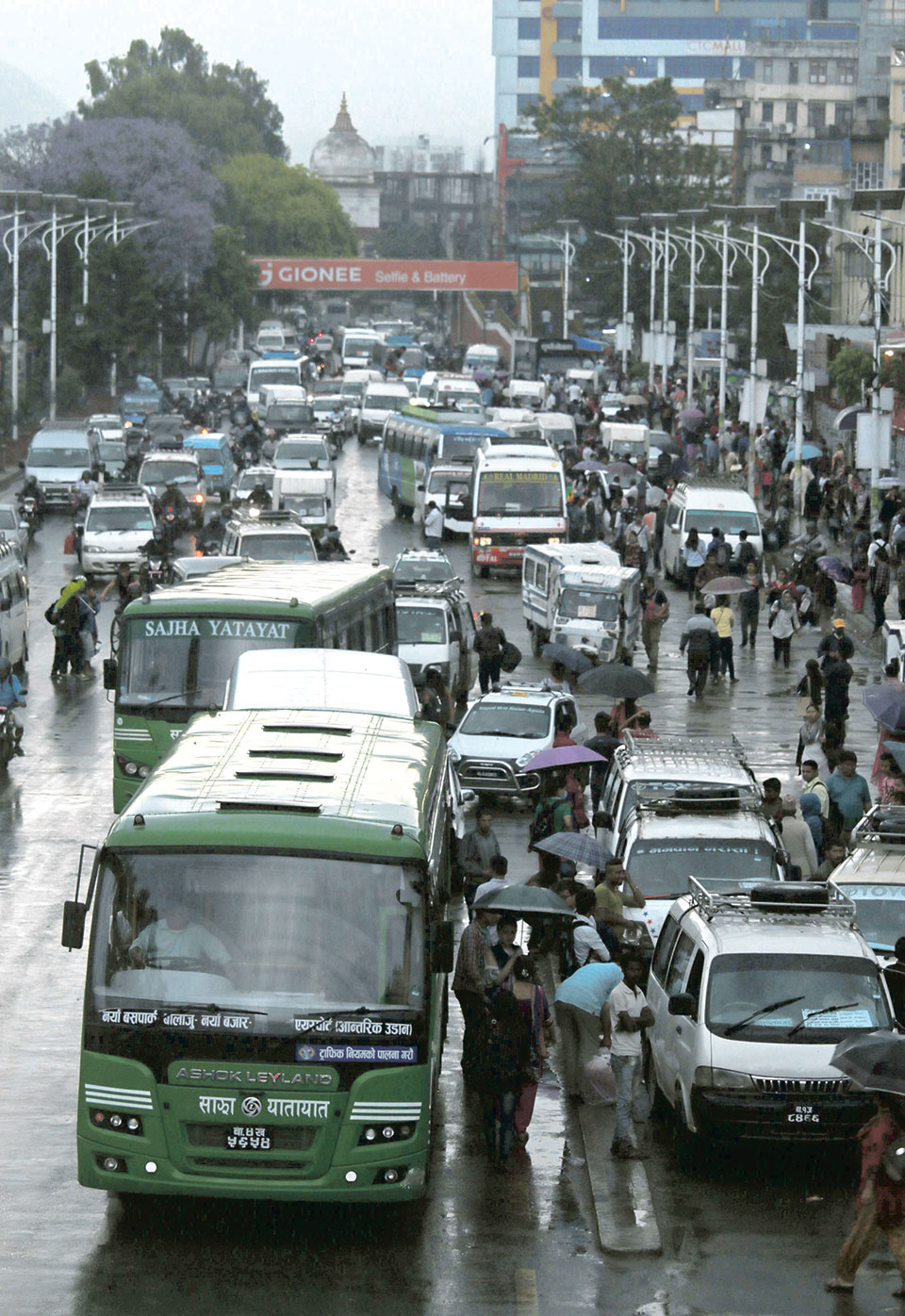 KATHMANDU, May 14: The signing of five-point agreement between Federation of Nepalese National Transport Entrepreneurs Association (FNNTEA) has paved the way for entrepreneurs interested to operate public vehicles in specific routes to receive road permit with ease. Earlier, interested entrepreneurs had to take a recommendation from the federation before applying for a permit from the Department of Transport Management (DoTM).

“Now, there is no hindrance in receiving route permit as before. Interested individuals can now acquire route permits via Transport Management Offices across country,” Tulsi Ram Aryal, the spokesperson for the DoTM, said. “People are now receiving road permits with ease.

We are issuing permits after studying documents submitted by them and technical aspect of their firm.”Aryal added that earlier individuals interested to operate public transport service had to seek a recommendation from committees of local transport entrepreneurs.

“These committees used to extort hundreds of thousands of rupees before providing them with a recommendation letter,” he said, adding: “Now, interested individual or group can apply for the permit at any of our 14 offices.”The new arrangement became possible after the Ministry of Home Affairs swung into action against cartels of transport entrepreneurs who were enjoying a monopoly in public transportation.

According to Aryal, one can start public transportation company by submitting documents like proof of income tax payment, insurance, and identity information of employees, including drivers and helpers. As per the new arrangement, individuals with more than five motor vehicles can register a transport company under the Company Act, while those having less than five motor vehicles has to be affiliated to a certain cooperative groups or firms.

“The DoTM will consider the flow of passengers and number of vehicles plying on that particular route before issuing route permit,” Aryal said, adding that the department was soon conducting a research on the demand for motor vehicles in each route so that it can issue a sufficient number of permits. Seconding Aryal's claim, Mohan Bahadur Basnet, president of Mayur Yatayat, told Republica that it has been lot easier for aspiring transport entrepreneurs to acquire route permits.

“One can easily receive it (permit) after submitting necessary documents such as proof of tax clearance,” he said. Basnet also said that earlier people interested to enter transportation sector were required to furnish recommendation from concerned transportation committees before applying for route permit.

“Officials of such committees use to issue recommendation only after extracting a desired sum of money,” alleged Basnet. Transport entrepreneurs affiliated to such committees had initially announced to launch a protest against the Transportation Management Directive introduced by the government in an effort to stop the monopoly of a few committee members over the entire public transportation sector of the country.

However, as the government stood firmly against the cartel and also general public supported the government's move, it came to consensus, signing a five-point agreement on May 7 which put an end to transporters' syndicate.

KHOTANG, Jan 5: Against the existing laws, the Department of Transport Management (DoTM) has been found to be issuing three route... Read More...

KATHMANDU, Sept 28: The government on Wednesday backpedaled from its own commitment of strictly implementing the ban on public vehicles plying... Read More...

Route permits of vehicles carrying passengers beyond capacity to be cancelled

KATHMANDU, Aug 28: The government is moving ahead with an amendment in the law to provide that the route permit... Read More...