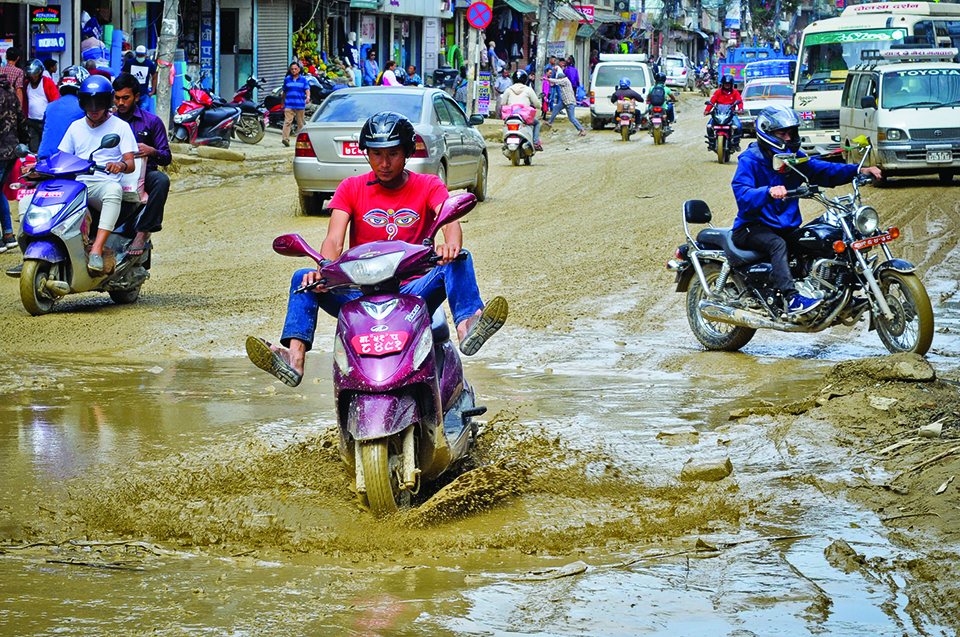 Human birth comes with inherent affiliations not just to the family that the individual is born into, but also to the society that the child will later be a part of. The aggregation of people living within a certain geographic region creates a web of networks so intertwined that a mere whisper at one end can set off vibrations at another.

While an individual may not necessarily be familiar with every face living within a certain geographic region, his or her actions tend to come with potential implications for someone else in the society. The more responsibility an individual holds, the more people he/she affects. Under that scenario, if the negligence of a certain individual leads to personal harm or injury of someone else, it is only fair that the individual taking the decision be held accountable. That begs the question: What does negligence from government and public officials, the ones whose decisions affect the majority of people in the society, amount to and what are its repercussions?

Mess on the ground
A person living in Kathmandu doesn’t have to travel far to see the dilapidated state of road works found all through the capital. It’s been like that for a while, and it is likely to remain the same for at least a few more years. A superficial glance and popular opinion would suggest that endeavors taken by the government to build infrastructures tend to be quite a prolonged, costly and upon completion, a somewhat mediocre affair. Private ventures on the other hand, if they get past the red tape and bureaucracy, in comparison, appear to have elements of timeliness and some degree of finesse associated with the final outcome. One of the reasons that makes private ventures more efficient is because of the accountability required of all parties involved.

Say, for instance, a private enterprise doesn’t manage its resources properly and ends up producing waste that gets dumped outside its premises. Under these circumstances, the government can impose financial penalties and restrictions on the corporation. Or alternatively anyone affected can take the corporation to court. As a result, every effort is made to ensure that the production process accommodates the best use of resources. This is helpful to both entrepreneurs, as efficiency is sought from the contractors, and for members of the general public, as they don’t have to bear the cost of someone else’s negligence. And, yet, for some reason, when the government under the promise of creating better roads, ends up making the air unbreathable without a mask, worsens traffic conditions and creates a health risk for all the residents, they somehow manage to get away with a free pass. The theoretical aspect of why some resources are best left to the government’s disposal is something that is logically sound. The reason why negligence gets treated differently is not. Resources like health, transport, defense etc meant for the society’s welfare don’t mix well with private sector’s popular culture of profit maximization. And who could be better positioned than the government?

Undertaking a project by prioritizing the collective good of the society is a daunting task and the instability of the country’s politics only makes it worse. But the degree of difficulty should not amount to a free pass especially when much of the effort directed at catering to the society’s good, ends up costing them more. At this stage, the perceived benefits that would be realized after the completion of road construction projects, for instance, might not even be greater than the costs associated with undertaking the project. And no, it’s not just the monetary costs at stake. How does one put a price tag on the polluted air that every child inhales just because the government is waiting for the next monsoon? How does the small trader recuperate the loss on his financial statement just because his shop stands in front of a mini sandstorm for the majority of the year, and a swamp for the remainder?

Response to negligence
There is a need for better response to government negligence in general. The problem with roadways is just one of several instances whereby negligence gives rise to serious issues, most of which are not incorporated as expected costs at the start of a project. Much of the focus, when it comes to criticizing government incompetence, circles around the executive and legislative branches. The only problem is that it is the judicial branch that is best positioned to restore balance. Judiciary is perhaps the most underutilized aspect of our democracy. For a country that has been, for the majority of our history, under the command of authoritarian regimes, it is understandable why people feel reluctant about utilizing this third branch of government.
Traditionally, the role of judiciary was assigned to the executive head, and every transgression was taken to that individual or a group of selected individuals holding the position, most of whom would know either the victims or the transgressors and therefore be biased. But now, even when we’ve moved to a democracy, much of the approach still appears to be the same. We have instances where the executive branch of the government decides on the monetary compensation that a victim of any transgression is expected to receive. Not only does this undermine the democratic notion of check and balance, but it also creates a toxic culture of enabling the transgressors to decide the punishment for themselves. The advent of social media platforms has enabled people to speak out against the injustices prevailing in the society. This in itself is a milestone, especially when it comes to combating negligence. But it can only bring into light government negligence, never provide the solution.

The very nature of judicial bodies requires plaintiff/s to file a complaint so that upon examination the court can decide if any aspect of the law has been trampled upon. The voices shouldn’t just be raised in streets and online platforms, but also on the courtrooms throughout the country. There have been instances around the world where people have chosen to resort this option to keep the government accountable. In Sydney, small businesses sued the state government over the disruption caused by railway construction. In Colombia, a group of kids sued their government for failing to preserve the Amazon, and in India a nine years old sued over the government’s inaction on climate change. As is the case with every outcome, not all the decisions will end up in favor of the plaintiffs. But the few ones that do can make all the difference.

One single victory in favor of the people will be monumental in consolidating our transition from authoritarianism to a proper democratic framework.

The author is an undergraduate student at Macquarie University, Sydney

It’s too early to pass a definitive judgment, but Premier Oli has a lot going for him ... Read More...

When China Sneezes
13 hours ago

1 killed, 9 injured in road accident near Dhungeadda
16 hours ago

Toll rises to 19 from violence in Delhi: hospital official
14 hours ago