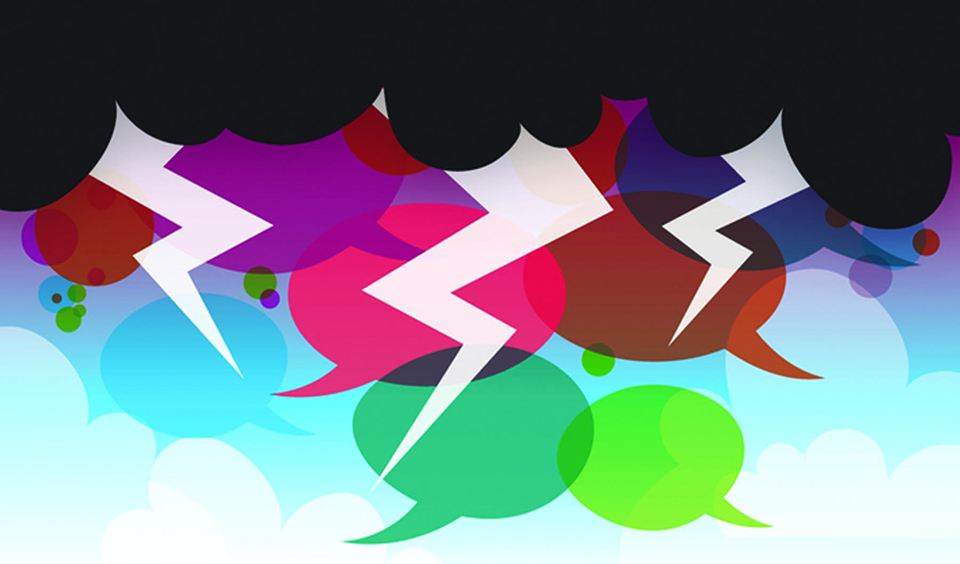 King Gyanendra did not have to fire a single bullet to oust democratically elected prime minister. He used democratic institutions to swing his weapon to destroy democratic norms

I simply could not believe my ears. How could Supreme Court find “Muslim Ban” legal? Didn’t the justices consider those tweets and speeches made by President Trump on Muslim ban before reaching the judgment? Questions kept rushing in. Behind the wheel, unable to use internet for more information, I kept on driving, changing the mode from radio to CD. “One more night,” on Saxophone, attempted to restore my inner peace. The melody was all right. But, it felt like someone was tearing off the harmony—that tranquility of music suddenly melted away.

How Democracies Die, a recent book by two Harvard political scientists Daniel Ziblatt and Steven Levitsky, was staring at me from the other seat. In a way it was a balm to my newly developed intense emotional pain. Analyzing the democratic upheaval of dozens of countries from Venezuela to Russia, Germany to Sri Lanka, the writers rest their case on four markers of authoritative leader. And Trump, they argue, with examples, checks off all the markers: “Rejects, in words in action the democratic rules of the game, denies the legitimacy of opponents, tolerates or encourages violence, indicates the willingness to curtail the civil liberties of opponents, including the media”.

It is an exceptional read because it not only coaches you how to identify the slow moral decay of democracy, but recommends strategy to stop the decay. The book highlights how civil norms of everyday politics get encroached upon slowly and subtly by the elected demagogues even by taking approval from the judiciary.

The legality of Muslim ban was a punch in the gut. But the civil norms of everyday politics did not start decaying with Trump. After the 2010 ruling of Citizens United by the Supreme Court, organizations can act as people and spend as much money as they want, while citizens are barred from making a political contribution more than 2600 dollars for a candidate. Citizens United opened the floodgates of money into politics and enabled anyone with corporate backing to enter the race of presidency. It, in a way, shoved off the regular everyday working people and moved the power from people to corporations. Both Republicans and Democrats are happy about the possibility of raising money from few wealthy donors, often acting as organizations, instead of knocking the doors of thousands of grass-root donors and relying on dollars and cents for their campaign coffers. Large contributions from the rich, channeled through organizations, is corroding the collective speech—the bedrock of democratic process.

The civic norms started going downhill at least three years ago when Republicans stripped off Obama’s Presidential power and barred him from nominating a Supreme Court Justice. Had Obama gotten the chance to pick Merrick Garland as a Supreme Court Justice, the Muslim ban would have been illegal—relying on how the liberal and conservative justices had a clear split based on their nomination.  As How Democracies Die has pointed out, decaying of civil political norms in Washington in the last decade provided a space for Trumpism. The race of packing the court has just started and the book highlights how the compromised judiciary fails to perform the checks and balance, and becomes a weapon of authoritarian ruler. With Justice Kennedy stepping down at the end of this month, the Supreme Court is further entering into that very dangerous territory that the writers are warning us about.

The American democratic process has always baffled me. Two million people are smaller than an electorate college when it comes to power. Few thousand citizens decide the fate of a nation undercutting the popular votes of millions. Five presidential candidates have failed to become presidents even after winning the popular vote because of the century old political system. Yet, the US is still one of the biggest democracies of the world!

When the legislative is full of leaders who are disconnected to the everyday reality of citizens, and dining more and more with the corporate citizens, democracy weakens. The weaker legislative has for years continued serving the wealthy even at the expense of starving the poor. Since both executive and judiciary feed on to the legislative for its overall democratic health, the entire democracy moves farther and farther away from a common citizen. Regardless of what people want to believe the moral decline in Washington is not an overnight affair. Both the parties are looking for a big money fix. It is the opioid crisis of current leadership. There is a huge chasm between Washington and a common man because they only need citizens for a voting day. To pull them out, they are resorting to scare mongering not calm conversions based on democratic norms and values. “They are taking your guns” or “they are taking your jobs” is the current form of communication. The strategy is simple: scare your constituents and shake them to the core so they get anxious before they vote. If this trend of scare politics and corporate influence continues unchecked, the growing chasm could swallow barebones of American democracy.

Nepal has seen the power grab by then King Gyanendra exploiting the same democratic institutions. He did not have to fire a single bullet to oust the democratically elected prime minister. He kept on using the institutions to swing his weapon to destroy democratic norms. Like Trump, he checked off all the boxes of authoritarianism then. As a young journalist struggling to cover the royal regime 12 years ago, I still remember how democratic institutions were either mum or were working in his favor. We all have seen how leaders of political parties caved to his power grab and lined up to become minister and prime minister. We have experienced how little editorial freedom newspapers and television stations had, and how he curtailed the freedom of expression, by and by.

People who were afraid and did not keep freedom high on their priority list didn’t want to offend the royal regime. Those who had backbones to stand up soon found themselves stifled. I still remember how desk editors were chopping off sentences and self censoring themselves not to ruffle authoritative feathers. The democratic norms probably never would have regained had the Supreme Court of Nepal not declared Royal Commission for Corruption Control, created by the king for prosecuting political leaders, unconstitutional. That helped to continue the fight for democracy.

There are flavors of authoritarian attitude in Prime Minister K P Oli too. Declaring certain public areas as “protest free zone” reminds one of card from Gyanendra’s authoritarian deck. The influence of medical mafia in Nepali politics, even at the expense of Gandhian leaders like Dr Govinda KC, is concerning for those who have seen the influence of dark money in politics. Using force on recognized academician just to stop him from boarding a flight is mob mentality.

Oli is not kind to minorities—especially Madhesis who have time and again raised voices against Khash brand of nationalism represented by Oli and his likes. Populist leaders have always milked nationalism to their benefits. Nepal is a young republic. Civil society suffocates and in the absence of democratic norms, developing effective democratic systems and structures will be challenging for Nepal.

As Daniel Ziblatt and Steven Levitsky write gone are the days when authoritarian rulers use army to capture power. They work in more subtle ways. Vladimir Putin, for example, has connected presidency and premiership in such way that has allowed him to legally stay in power forever.

Hugo Chavez and President Recep Tayyip Erdogan, from Venezuela and Turkey respectively, were elected popular leaders who slowly evolved into authoritarian rulers changing the existing institutions to their advantage. No matter where you live, the danger to democracy is there, even if a country possesses a long democratic culture like that of the US. The leaders seeking to exploit nationalism or some other isms to grab power need to be litmus tested as prescribed by the book.

And citizens always need to pay attention to those leaders who are willing to tear off the harmony, to keep their melody going. Democracy is an intricate interaction between harmony and melody of different demographics, classes and sects. Anything less than that is something else, hiding behind the veil of democracy.

Democracy fails when leaders fail to address people’s aspirations, when citizens are fed with false dreams, when leaders live in... Read More...