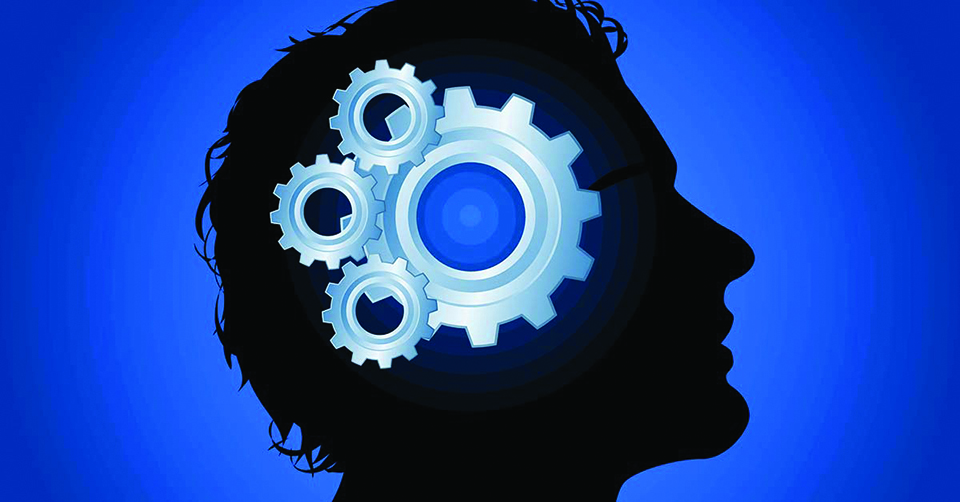 Nepali national psyche seems to be deceitfully democratic. Many hide behind façade of freedom

We are living through one of the most interesting episodes in history when it comes to the war of words which is being fought via computer and touch-screen mobile keyboards. They are more powerful than intercontinental ballistic missiles because ICBMS can promptly be intercepted and destroyed whereas words can neither be obstructed nor be dismantled.

However, such a powerful weapon has also been manipulated by capricious political leaders (read dream merchants), and propagandists who can easily prey on public imagination for personal and petty gains. As a result, words have been deprived of their original meanings and taken out of contexts.

In Nepal, one of the two supreme leaders of the ruling party recently used the word ‘chamatkar’ (miracle) to describe the achievements of the current government. According to the Oxford Advanced Learner’s dictionary, miracle means ‘an act or event that does not follow the laws of nature and is believed to be caused by God’. I am not sure how befitting it is for a communist leader, who has used dialectical materialism as his ideological plank, to use the word that directly connotes divine intervention.  It is nothing short of pure ambivalence.

It is just the tip of the iceberg. There are plenty of examples that contradict the leaders’ political principles and practices. They weaponize religion as a means to their ends: Capture the public esteem and attention to ensuring electability and likeability while momentarily suspending their disbelief in religion. It is also a brazen exploitation of spirituality and faith of the common people.

Nepali communist leaders are skilled communicators. Their political opponents are hopeless interlocutors. The communist leaders have courage of employing the capitalist tactics to tout their promise or accomplishments: real or imagined.

The latest jacket ad published in Nagarik on February 14 is such an instance, which featured a fancy ship and PM KP Oli on a loveseat to announce the inauguration ceremony of the Ship Management Office in Nepal. Does the date sound familiar to you, esteemed readers? Yes, it was the Valentine’s Day. What a perfectly romantic (bourgeois) gift from a proletariat leader to his impoverished electorates.

It reminded me of a funny anecdote about a politician who was making a pledge to allocate enough resources to build a bridge over a river in a village. He was speaking in an election rally. When somebody accosted him saying that there was no river, he instantly promised to flow a river before constructing the bridge.

And the so-called moneyed and bourgeois leaders (those in Nepali Congress included), who are supposed to have a gift of gab by dint of their allegiance to the more affluent, educated, and wiser class, and populace are so horribly tongue-tied  that they seem to fumble for words to express themselves let alone their stances and principles. This is how the conventionally alleged agents of silencers have themselves gotten silenced in Nepal.

This grotesque dance of linguistic subversion has taken its toll among the countries around the globe. America, the country of innovations, has also rightly been gripped by this phenomenon. Timothy Egan has succinctly declared ‘democracy ends in euphemism’ in his eponymous article published in The New York Times (February 15, 2019) citing instances of ‘the most egregious of political language fraud’. He gives examples of how ‘billionaires’ has become ‘people of means’, ‘tax cuts’ has become ‘tax relief’, ‘French fries’ has become ‘freedom fries’, and ‘treatment by drugs’ has become ‘wellness’.

He also blames the current American establishment of being ‘a fount of criminal circumlocution’ that associates ‘reality’ with ‘alternative facts’ and ‘fake news’. Many Americans have been left flummoxed by this unprecedented level of linguistic distortion despite being conversant with ingenuity and unpredictability as tropes of American politics.

In their own worlds

Back in Nepal, indoctrination has already turned the tables on various traditional political forces by bringing about a sea change in the public discourses and the channels mobilized for the same. The presence of so-called democratic forces is confined within closed doors and social media platforms while the activism and agility of the radicals seem to have percolated throughout the rural, urban, and suburban areas. Similarly, most of the so-called democrats are busy exchanging their views on development and social justice while their counterparts are actively mobilizing the silent majorities in the villages and town.

A bunch of lethargic lazybones can’t further the democratic cause nor can they serve any democratic ideals despite their funny claims to the legacy of late BP Koirala, a democratic socialist. Their ridiculous infighting within the party has already relegated them to a secondary political force but the megalomaniac morons have not stopped having daydreams of taking back the power again sans any effective electoral strategies.

Nepal’s young population is the envy of the world. The country could be transformed if this force had been trained to coalesce around a unifying cause of development and democratic exercise. Unfortunately, it has largely been oriented to divisive and confrontational causes to the detriment of the nation. They say every cloud has a silver lining but I am not so sure if the cloud of vigilantism yields any useful rain or shower to the parched country.

If the current political coalitions and equations are any indications, Nepal is inching closer to obliteration of democratic forces due to their shrinking youth base. Moreover, the ongoing radicalization of the populace is so alarming that there could soon be very little space for civil society organizations and community based organizations that promote free thinking, democratic norms, and dialogues across various ideologies.

The grassroots level CSOs and CBOs have largely been caught in the whirlwinds of an unlikely unification of moderate political forces with the radical political forces to switch sides with the winners. This has further emboldened the anti-democratic forces and created a welcome vacuum for the undesirable elements of anarchy. A continued dismal performance by democratic political forces at all levels has accelerated the national narratives toward the radical column.

Nepali national psyche seems to be deceitfully democratic on the surface. A significant number of sworn enemies of open societies have hidden behind the façade of freedom of expression. It is an undeniable fact that there are a good many roaring democratic voices than their antagonists in the nation but they have been sabotaged and buried in the cacophony of inchoate and propagandist schemes.

It sends many independent observers wondering: Is Nepali national psyche essentially undemocratic? Even a cursory glance at the prevalent social, cultural, and political practices can reveal a grim scenario and bleak answer to that question. Still, there are many unexplored avenues that offer glimmer of hopes in preventing the downward spiral of the nation towards the morass of anarchy.

Israel’s latest parliamentary election has consolidated the country’s position within a growing bloc of illiberal democracies around the world ... Read More...

Nepal’s trade deficit grew by around 25 percent to Rs 1.26 trillion in first 11 months of current FY
23 hours ago
As a Dalit girl is denied a room to rent, an int’l report highlights poor representation of Dalits in  state’s judicial, law enforcement agencies
17 hours ago