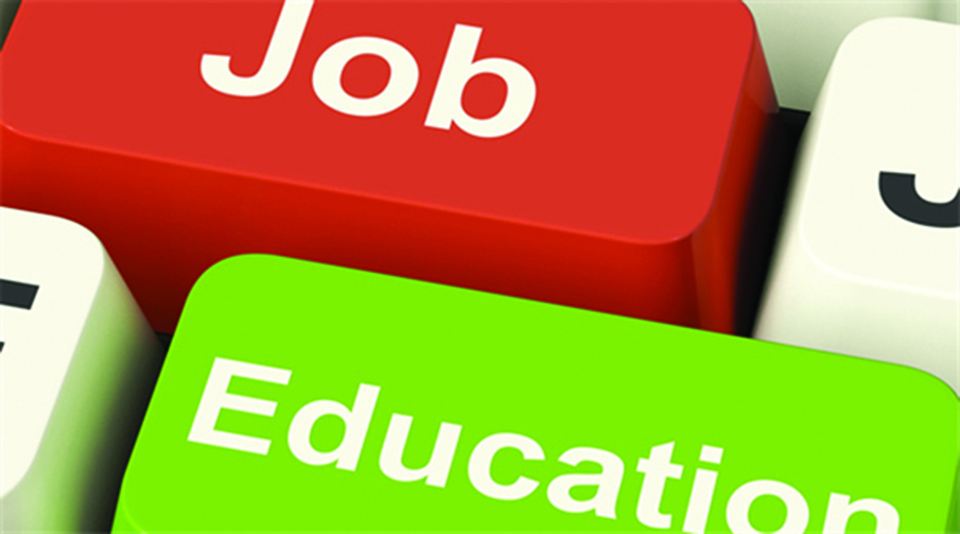 conomics in the traditional sense went together with politics to mean things related to production or consumption in the organized nation-states. Likewise, education meant merely training and teaching. Cycle of production and consumption, or economics in other words, has always been the indicator of nation’s success and failure.

In the same way, education also became the medium of sustainable development as what a child or youth learnt, what output they generated from that learning and how it contributed to overall production of the nation became much important for the nation.

There is a positive relationship between education and economics. One sustains the other and vice-versa. When education cannot generate skills, economy suffers. Countries with educated people have achieved economic growth faster. Countries with limited skilled people lag behind. The more the number of skilled people that the educational system produces more the country will advance economically, in turn, providing the basis for a strong, influential and powerful nation.

As a matter of fact, education is seen as a universal cure to some of the most severe economic problems such as unemployment and poverty.

Entrepreneurs, scientists, engineers and doctors, who produce goods and services that are of value to both the people of country within and to people outside create a strong economy and elevate a nation’s strength. Good thing is that nowadays entrepreneurship is also taken as part of education system.

Sport is another important element of education. It helps to shape a character of a person through leadership, discipline, team-work, patience and fitness. But our education system does not accord much value to this aspect. It is often looked down upon as waste of time. We need to change such mindset and think of sport as part of education. Math, physics and language develop intellectual capacity. Sports contribute to the physical wellbeing.

We have seen how sportspersons have achieved greatest of honors in other countries. Sachin Tendulkar is an example. If sports have been able to achieve so much without a formal support from the education system we can only imagine what  glory it will induce  if education system accepts it as its part. In this subcontinent, we don’t suffer as much from lack of technical skills as we do from lack of ethics or professionalism. This is because we do not welcome ethical development into our curriculum. Lack of ethics and professionalism has badly affected our economy.

Even big economies suffer from lack of skilled people. For example, when rearmament started in the early 1950s many countries reported acute shortages of scientists and engineers, which held back their programs. The rate of road-building in Britain was said to have been limited by unavailability of competent civil engineers.

With education we can build a strong foundation for an equally strong economy. It is not difficult to see how investments in education bear more fruits than from investments in other sectors.

As economies tend to grow, they depart from primary industries to secondary industries and then to service trades. As individuals become richer, the proportion of their income devoted to food and other basic necessities drops. And they can invest more in education. Likewise, the provision of skills for the economy at all levels becomes more dependent on education and training.

We have to ensure that formal education system we have established today provides all necessary ingredients to build a healthy character and nation. Good teachers are vital in this process. It is what examples they set that influence the children and their education and not the lessons that they teach from books. Good teachers don’t provide answers to questions. They impart on the students the ability to answer their own questions.

Thus the need of the hour is to develop education system in such a way that builds the character of the people and the nation and that ultimately contributes to economic growth.

Remains of an archeological building found in Bhaktapur
7 hours ago