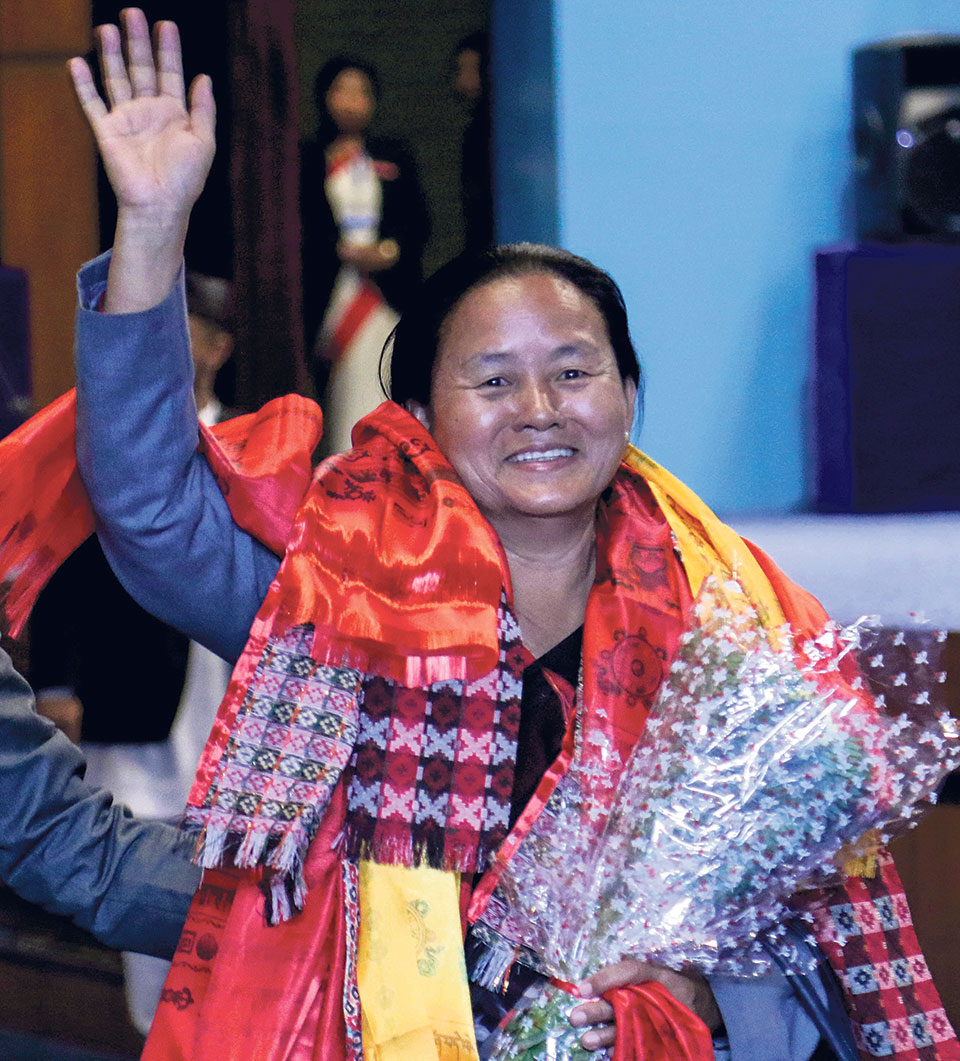 KATHMANDU, Oct 14: As the post of speaker remains vacant following Krishna Bahadur Mahara's arrested on a charge of attempted rape, Deputy Speaker Shiva Maya Tumbahamphe is preparing to certify some bills although constitutional provisions and parliamentary regulations are silent about her authority to do so.

Former speaker Mahara had yet to certify five of the bills endorsed by the House of Representative during the budget session. Sources said Deputy Speaker Tumbahamphe had asked for the five bills from the Bills Section of the Parliament Secretariat for certification and forwarding to President Bidya Devi Bhandari for authentication.

Rule 135 (2) of the Parliamentary Regulations states that after s/he certifies the bills endorsed by parliament the speaker should send them to the president for authentication . Similarly, Article 113 (1) of the Constitution states that any bill is certified by the speaker in accordance with Rule 134 of the House of Representatives Regulations 2075 BS.

However, there is no mention of giving the authority of certification to the deputy speaker in the absence of the speaker.

Article 94 (4) of the Constitution of Nepal states that the deputy speaker shall, in the absence of the speaker, chair the House of Representatives. Although the deputy speaker is preparing to certify the bills on the basis of this same provision, legal and constitutional experts say this goes against the spirit of the constitution and parliamentary regulations.

One of the main reasons the government of K P Sharma Oli is receiving public criticism is because it has... Read More...

A chronicle of change
21 hours ago

Media Council bill can be revised, says Minister Baskota (with video)
13 hours ago