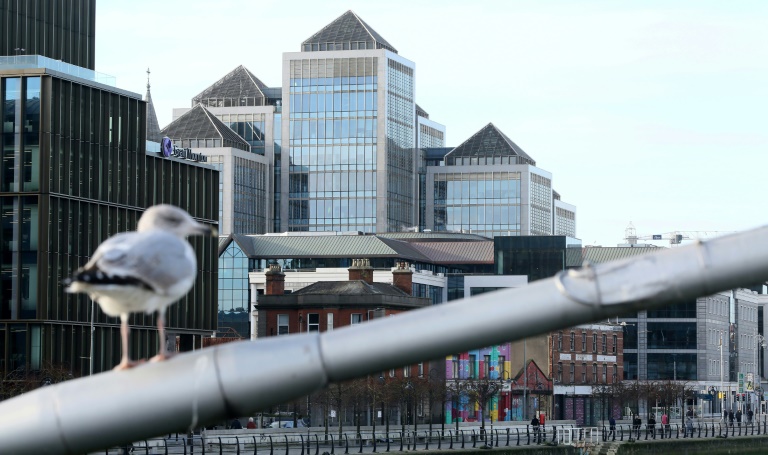 DUBLIN, Feb 27: Brexit is turning Dublin into a new financial hub, with the city a top contender for banks, funds and law firms needing a continued presence in the European Union after March 29.

Twenty-seven firms have committed to relocating staff or operations to the Irish capital since Britain's 2016 referendum on leaving the EU, including Barclays bank and Bank of America Merrill Lynch.

Hermes Investment Management, which is headquartered in London and has £33.5 billion (38 billion euros, $43 billion) in assets under management, is another one of the companies setting up new offices in Dublin.

"I think all of our clients feel that we are making the appropriate plans in the absence of certainty," Carol Mahon, the firm's director for Ireland, told AFP.

"We started planning for Brexit since the referendum in 2016," she said.

The firm's plans are based on the possibility of Britain crashing out of the EU.

For a country that fears a major economic hit from Britain leaving the EU, the "Brexit dividend" is very welcome.

"We do not want to try to benefit from somebody else's difficulties," Ireland's Financial Services Minister Michael D'Arcy said at a conference last month.

AFP/File / Saul LOEBSome big names are signing up for Dublin

"But... if there are companies in the UK who have a Brexit difficulty, well, Ireland could be part of their Brexit solution," he said.

Among them is the goliath Bank of America Merrill Lynch, which in December completed a merger between its UK and Irish units that made its Dublin base the firm's "principal European banking entity".

"Due to the continuing uncertainty over whether there might be a 'no-deal' Brexit, the Barclays Group has determined that it cannot wait any longer to implement the scheme," a court ruling said.

Dublin's International Financial Services Centre, a small sprawl of office blocks, is a modest development compared with the City of London's towering skyscrapers.

But it could be set for a boom similar to the one seen in the former docks -- known as the "Silicon Docks" -- in Dublin where US tech giants such as Facebook, Google and LinkedIn have moved in.

AFP/File / Paul FAITHA financial sector boom would be nice, if only to cushion the blow of Brexit to Ireland's economy

Ireland has a corporate tax rate of only 12.5 percent, will be the only English-speaking EU member state after Britain leaves and is just a one-hour flight from London.

Usually grim-faced over Brexit, Irish Prime Minister Leo Varadkar touted the nation as "a unique gateway into the European Union and its single market" in a February speech.

But, while the size of Ireland-registered assets may grow, the trickle-down benefit for employment is unclear.

Any boost may provide little comfort if finance ministry estimates that there will be 55,000 more Irish unemployed as a result of Brexit prove to be correct.

The Barclays transition, for example, will see only a modest 150 extra staff at the Dublin office.

"But they may have significant strategies or aspects of their business outside London in Dublin and other places," Carty said.