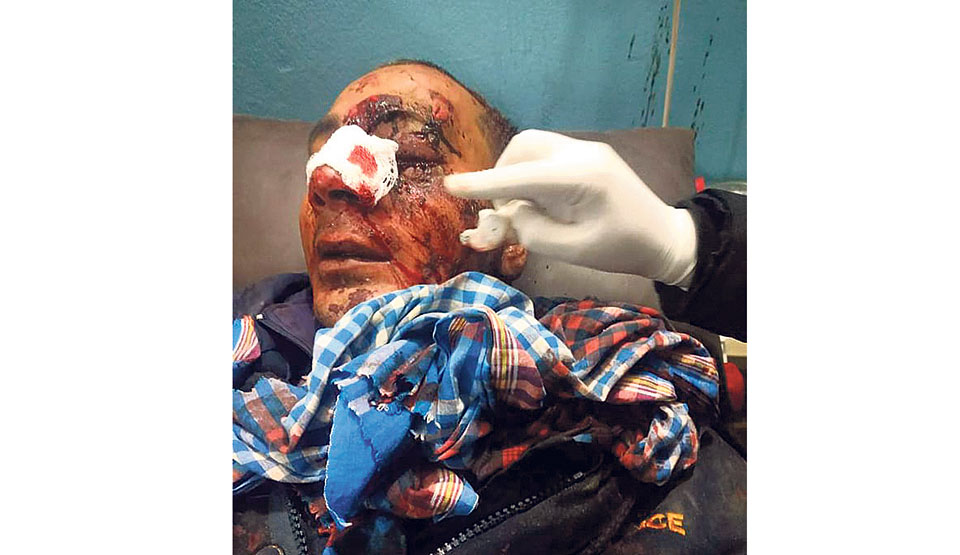 A police personnel injured in an attack by drunken group at a police post in Sindhupalchowk on Saturday. Photo: Republica

“The group pelted stones at the station. Also, they hit the police officials with firewood,” he said, adding that police opened four rounds of bullet in the air to take the situation under control.

According to locals, Tamang is a former Armed Police Force (APF) personnel. Police also seized a total of four motorcycles of the assailants.

SINDHUPALCHOWK, July 9:  Two people died and at least 20 others have gone missing in flash floods triggered by incessant... Read More...