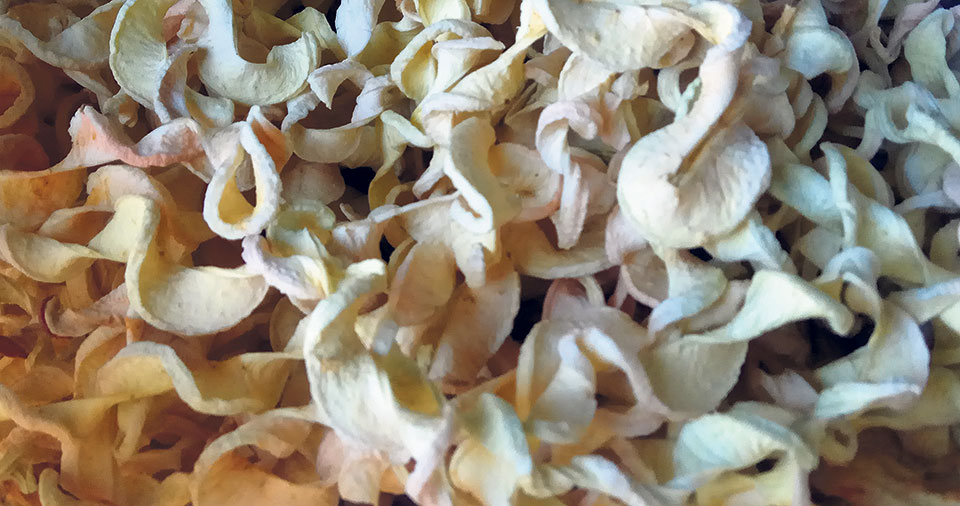 JUMLA, Dec 8: Farmers in Jumla have been using excess apples, which would otherwise go wasted, in making handsome money. They cut these apples in small pieces, dry them, and sell them in markets both in the district and away.  These apples that would not be sold in local markets, are giving an income of Rs 20.50 million to the district farmers.

Every year around 25 ton apples are produced in the district, according to Devkota. The dried apples sell for Rs 810 per kilogram. “Every apple farmer is provided training to operate the machine that is used for drying apples. They are also trained for other required skills,” said Devkota, “Thus apples produced in Jumla are fully utilized.”

A packet of 80 gram of dried apple sells for Rs 100. Because of this venture, the fruit is not wasted in giving animals as additional food, farmers say. Apples are also used in making juice, jam and jelly. Due to the diversity of products, apples have become a good source of income for the farmers.

Dried apples are purely organic and there is no use of any chemical. Solar dryer that is bought under government subsidy is used in drying apples. According to agricultural technicians, mid-September is suitable time for making dried apples. There is no fear of decaying of dried apples.

There are 14,000 apple gardens in Jumla. According to District Development Office Jumla, they have targeted to make 19,000 apple gardens in upcoming five years. Farmers who make dried apples go to Kosheli Ghar of Khalanga to sell their produce. According to Govinda Acharya, owner of Kosheli Ghar, since the last few years farmers have been bringing dried apples of good quality. He has sold three quintal apples till now.

Domestic and international tourists who enter the district from Rara from Mugu choose dried apples. Acharya said: “Dried apple of Jumla is giving the district a new identity. There is huge crowd of people who buy dried apples to take home as a gift item.” Last year Acharya sold 15 quintals of dried apples and this year he is targeting to sell 30 quintals. According to farmers, golden-colored apples are preferred for making dried apples.

According to Prem Bahadur Basnet, local farmer, there is no chance that apples will get decayed these days due to improved transportation. He said: “Dried apples of Jumla reach big cities of Kathmandu. It is established as a brand.”

JUMLA, April 1: Unplanned urbanization has resulted in the loss of cultivable land in Khalanga, the district headquarters of Jumla. It... Read More...

JUMLA, Aug 2: Fetching water should not have been round-the-clock job of a health assistant. However, assistant health in-charge at... Read More...